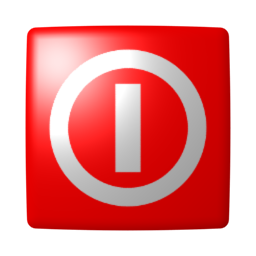 While even President Obama is resigned to the fact that his re-election will likely hinge on the economy, we have a new entrant into the equation, as it looks increasingly likely that the U.S. Supreme Court will rule on the constitutionality of Obamacare right in the middle of it all.  Mitt Romney is not pleased about this development, as it will get increasingly difficult for him to both disavow his Massachusetts health care plan while at the same time assailing the President’s.  Kinda like the Yankees complaining about the Phillies payroll.

The Great Government Shutdown on 2011 was averted this week as both sides put away their rhetorical flamethrowers for five minutes and acted in a civil manner.  In a related development, Snooki from Jersey Shore won a Nobel Prize.

A powerful GOP State senator this week strode to the microphone and announced that his chamber’s top autumn priorities are reapportionment (state and Congressional), a Marcellus Shale levy and transportation funding.  He also hinted he may be open to liquor privatization, as long as the House swallows the aforementioned shale tax (“Quid pro quo, Clarice.”)  Those groans you heard were from supporters of school vouchers.  Expect their groans to quickly turn into pitchforks and torches.

And while that chamber thinks transportation funding is a must, all sides are standing outside the Vatican right now, waiting for the white smoke to rise from the Governor’s Office.  Nobody seems to want to move until Governor Corbett weighs in.  And the band played on.

Governor Corbett this week unveiled his task force on privatization and innovation, the folks who will make recommendations on which current government functions can be farmed out to the private sector.  This has always been a dicey proposition, as eliminating government services starts with, as a rule, eliminating government employees, which may be fine with some people.  But when the state counts those unemployment claims each month, nobody ever differentiates where you got laid off from, just that you are, in fact, laid off.

One industry that will be adding 1,000 new jobs is the Philadelphia-area construction industry, as the Aker Shipyard will be building two brand-new oil tankers for an Exxon Mobile affiliate.  The $400 million project was announced this week.  See America, we still build stuff!  Even if that stuff is a pair of ships that will probably be used to import more crude oil.  Maybe they can be retrofitted later to ship our Marcellus natural gas to China!

The General Assembly this week took another giant step toward the takeover of Harrisburg as the House passed a bill that would enable the governor to declare a state of fiscal emergency and appoint a new governing structure that will render the city's elected leaders nothing more than spectators. While we are not entirely sure why the state would want to run the city (also known as walking across the street to get punched in the face), lawmakers went out of their way to explain that the bill really isn’t a takeover.  We’ll see how well that explanation flies when City Council spends the next two years doing crossword puzzles and ordering takeout Chinese food. Oh, and the city is apparently gearing up to sue over the as-yet-enacted law, so we have that spectacle to look forward to as well.  We've said it before: lawyers, guns and money, kiddies.

And for some weird reason, Harrisburg City Council this week spent its time discussing a hike in the city’s parking rates.  Um, if the state is going to take you over, why would raising fees be on your mind at this moment?  Doesn’t that sound like something you should “allow” the next person in charge to do?  That would be like washing the sheets and vacuuming the hotel room on the morning you check out.

One lawmaker this week said he would like to begin using the Johnstown Flood Tax, an 18% levy on booze, to deal with actual floods, instead of as a general revenue source.  This is quite a novel idea, especially coming from a man who represents the City of Johnstown.   From time to time, we like to point to the JFT as a cautionary example when people talk about levying a “temporary tax.”  The venerable JFT was passed in 1936, and raised twice since.  Temporary?  Sure, if you happen to have the lifespan of a California Redwood tree.

The State Senate’s plan to borrow $1.7 billion for capital and infrastructure upgrades across the state has hit a snag in the state House, whose leaders want the state to borrow money just slightly more than they want the state to raise business taxes.  This could present a wee bit of a problem, however, as some of the projects funded under this $1.7 billion football have already been authorized.  Hope those folks kept their receipts.

The state apparently isn’t paying a whole lot of attention to whom it sends out unemployment compensation checks, we learned this week.  Last year, well over $300 million in erroneous payments were sent out, a whopping 11% of all payments.  Call us cynical, but as the House and Senate debate Unemployment Compensation Fund solvency this fall, anyone care to wager that this info will be used by someone as an excuse to try and slash UC benefits?  Nah, on second thought, that would NEVER happen.  Moving right along…

Several lawmakers are making their rounds to school districts with a simple message:  you unhappy with budgetary cuts to basic education funding?  Lawyer up, cowboy! Before anyone dismisses the idea that a lawsuit over funding levels could actually work, it has happened in the past in other states (we’re looking at you, New Jersey.)  “Has your school been injured in a fiscal accident?  Call my law firm today!”

Schools around the state are also turning increasingly to social media to communicate with parents about district activities.  Social media, along with the fact that it is free (which is a big bonus for cash-strapped schools) is also an effective way to reach parents, since social media is pretty much the only way parents can hope to communicate with their own kids these days.  New Facebook wall post:  Jimmy, its dinner time.  Come downstairs.

Not long ago, one of our senior consultants posted a piece about why local governments should be using social media as well.  Click here for a refresher on that topic.

Pittsburgh Mayor Luke Ravenstahl is ready to unveil his fifth city budget with no tax increases, making him 5-for-5 during his tenure.  If he were in Philadelphia, they would nominate him as Mayor for Life.  In Pittsburgh, his detractors will undoubtedly shrug this off and complain that Ravenstahl was late appearing at a parade or something, or that his tie had a coffee stain on it at his last press conference.

Governor Corbett is poised to sign a new bill that tightens teen driving rules, although it fell short of much more aggressive plans that have been kicked around the legislature for the past four years.  Great, now that we have presumably taken care of a problem with unsafe people on our roads, maybe we can focus on the roads themselves.  All the training in the world won’t help you if you drive over a hole the size of Rhode Island.

The Senate Democrats this week introduced a comprehensive jobs package aimed at jump-starting our Pennsylvania employment scene.  The announcement was made as unemployment rates began to creep back up here at home.  So far, the response from the GOP is generally “government can’t create jobs.”  Fair enough, but given how many public sector jobs were shed in the past year, it is pretty clear that government can sure as heck eliminate jobs when it wants.

National Popular Vote honcho Tom Golisano this week said he is pleased that Pennsylvania is discussing the shortfalls of the current Electoral College system, and is looking to make a change in how we award our Electoral Votes.  Golisano has been leading a nationwide charge to form a compact with the states that will ensure the person who receives the most votes for President actually wins.  He apparently got the idea by looking at how we elect every other office in the entire country, from Congress to borough council.  NPV has launched a Pennsylvania ad campaign in support of the plan; check out the new radio ad here.

There are now so many “official” GOP candidates in the race to unseat Bob Casey, it is entirely possible that one could win the nomination with 8% of the vote.  Hope springs eternal within the Grand Old Party that somehow, someday, some way, they can beat the Casey machine in Pennsylvania.  Maybe they should nominate Ed Rendell, the last person to successfully challenge the Casey name, if for nothing else than to watch MSNBC’s Chris Matthews pass out live on the air.

That’s a wrap for this week.  We’ll be back next week as September turns to October, the Phillies continue their run to the World Series,  and the General Assembly (well, half of it at least) continues its fall Session.  Make sure to like us on Facebook and follow us on Twitter for all the news you can handle; we promise we won’t have any satirical Tweets about the House of Representatives taking school kids hostage.

Beautiful!!! You truly have an eye for colour.