When "Shut the Hell Up" is the Best Advice

A Guest Post by Rick Kelly, Director of Crisis Communications for Triad Strategies

First, a disclaimer: what you’re about to read is not about a defense strategy in a court of law.  Rather, it’s about the court of public opinion, and how one should or should not navigate that venue.

On Monday, Jerry Sandusky, who a week earlier was indicted on 40 counts of sexual assault, submitted to a telephone interview with NBC’s Bob Costas.  Costas’ questions were good ones, but not exactly the kind of chin-music one would expect from, say, 60 Minutes’ Steve Croft.

Costas began the interview with a broad question asking Sandusky for his response to the charges.  After Sandusky proclaims his innocence, Costas says:  “Innocent?  Completely innocent and falsely accused in every aspect?”

“Well, I could say that I have done some of those things,” Sandusky said, and went on to acknowledge showering with young boys, “horsing around,” hugging them and touching their legs “without intent of sexual contact.”

Later, Costas asked Sandusky whether he is a pedophile.  Sandusky responds, “No.”

Costas follows up:  “Are you sexually attracted to young boys, to under-aged boys?”

And finally, in response to Costas’ finale about how Sandusky feels about being portrayed as a criminal and a monster:

“I don’t know what I can say or what I could say that would make anybody feel any different now.  I would just say that if, somehow, people could hang on until my attorney has a chance to fight, you know, for my innocence, that that’s about all I could ask right now.  I… and, you know, obviously it’s a huge challenge.”

Crisis management and crisis communication practitioners most often encourage their clients to face the news media, especially if they are innocent and have a counterpoint to what they’re accused of doing.  Perhaps the strategy for Sandusky and his attorney were to establish a perception of innocence.

To pull it off, however, the accused must be prepared, show some emotion and energy, employ unequivocal denials and express some sympathy toward victims.

Costas did not ask a single question that couldn’t and shouldn’t have been anticipated, and yet Sandusky seemed caught off guard.  He responded without emotion or energy.  Other than his answer to the question about whether he is a pedophile, he failed to respond unequivocally to any of the accusations.

Although doing so would have entailed walking a very difficult tightrope, he did not express any degree of sympathy for the alleged victims or their families, or seem very remorseful even for the one thing he acknowledged he shouldn’t have done, showering with the boys.

As predictable as Costas’ questions were on Monday night, so too was the reaction among the news and sports pundits the next day.  Sandusky was absolutely pilloried on every news and talk show across the TV and radio dials, all day long.

Will he be deemed guilty in a court of law?  We’ll see.  Did he do himself one iota of good in the court of public opinion?  Not so much. 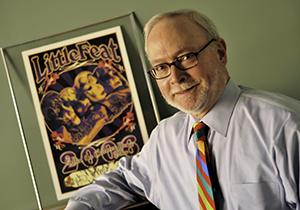 Hello there! Do you know if they make any plugins to protect against hackers? I'm kinda paranoid about losing everything I've worked hard on. Any tips?

I pay a quick visit daily a few web sites and sites to read posts, except this webpage provides quality based writing.

One more time, Rick nailed it.