Home Archives Profile Subscribe
Nothing Is So Powerful As An Idea
Friday Happy Hour: Glacier Edition

General Mills: Trix Up Their Sleeves 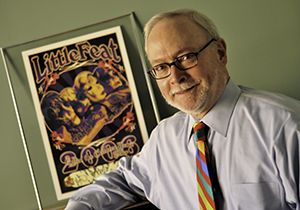 When conducting crisis management training, one of the points we always make is that what works in a court of law and what works in the Court of Public Opinion aren’t necessarily the same things.

General Mills, which possesses an exceptional stable of iconic food brands, learned this the hard way last week when it changed the terms under which its customers are permitted to interact with the company online. The ensuing public backlash caused the company to revert to the earlier agreement and apologize after three days of social media turmoil.

Like many consumer product companies, General Mills capitalizes on social media and other digital communication tools to build and strengthen brand loyalty. Customers are able to get recipe ideas, download coupons, take advantage of promotions, view videos, etc., and in doing so, imply their acceptance of a “terms-of-use” agreement.

And again, like many consumer product companies, General Mills is interested in limiting its legal liability and avoiding the over-the-top awards that plaintiffs extract from deep-pocketed corporations on occasion.

What caused everyone to choke on their Cheerios was when General Mills updated its website terms-of-use agreement to include a provision requiring website visitors to give up their right to sue the company. Instead, they would be required to resolve any claims through binding arbitration, an approach that tends to be more favorable toward the defendant and eliminates class-action opportunities.

The New York Times began the buzzkill with a business-page article that posed the question of whether downloading a 50-cent cereal coupon could cost customers their legal rights. Facebook and Twitter were immediately onto it, and posts questioned whether “liking” the company’s Facebook page or following it on Twitter constituted a forfeiture of consumers’ right to sue as well.

The Times reported that the company had made the revisions following a California judge’s ruling last month against a motion to dismiss a case brought by two mothers who accused General Mills of deceptively marketing its Nature Valley products as 100 percent natural when they are not.

By Saturday, the company had had enough of the public brouhaha, and at 10 that night it announced that it was changing the policy back (for its part, the Times pounded its chest by describing the reversal as “stunning” – not once, but twice in its story.

The company also issued an apology on its Taste of General Mills blog site, saying its intentions had been “widely misread” and it had not foreseen such a reaction.

“General Mills was public about it, so it caught people’s attention,” Seligman told Digiday. “The vast majority of companies already have arbitration clauses. I don’t think this will put pressure on companies to remove them, and there are all kinds of sneaky ways to put these things up.”

In other words – and we apologize in advance for our lack of restraint – the folks at General Mills aren’t the only ones with Trix up their sleeves. We’re likely to see more about arbitration clauses moving forward, and we’ll watch with interest to see which court – court of law, or Court of Public Opinion – prevails.