PA Minimum Wage Increase: Why It Will Happen 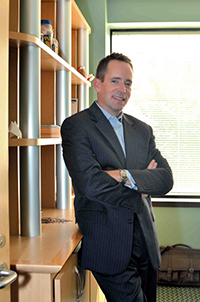 Some years ago, long before President Obama was elected (and Obamacare was still a state-level experiment up in Massachusetts) I found myself at dinner with the CEO of a massive non-profit health insurance/health care provider.  During a discussion of the health insurance market as it existed back in the late 90s, he made a very interesting observation.

He told me quite confidently that the United States would someday move to a single-payer, universal system of health insurance, and that when it happened, it would not be because the liberals (the word “progressive” had not yet taken root as a descriptive word for members of the political left) asked for it; it would be because America’s CEOs would demand it.  He explained that, in his view of the future, health care costs would begin to strangle many companies’ bottom lines, and they would eventually get fed up.  Skyrocketing health care costs would also begin to become such a massive part of government spending that at some point, there would no longer be any other choice but to dismantle the current system and move to single-payer.

This was the CEO of a company that provides health insurance, stating something that made perfect sense economically, but was the third rail of conservative politics.  Single-payer?  Well, that’s communism, just more Teddy Kennedy/Hillary Clinton/Ira Magaziner nonsense.

Today, an incredibly similar situation is starting to unfold around the issue of raising the minimum wage.  There was an eye-opening piece written on Politico over the weekend, essentially laying out a strong case that raising the minimum wage is not a job killer, but in fact, a job creator.  The author was not Robert Reich, incidentally.  It was again a CEO, Nick Hanauer, a self-described “zillionaire.”  In his own words from “The pitchforks are coming…for us plutocrats.”, Hanauer writes:

“Which is why the fundamental law of capitalism must be: If workers have more money, businesses have more customers. Which makes middle-class consumers, not rich businesspeople like us, the true job creators. Which means a thriving middle class is the source of American prosperity, not a consequence of it. The middle class creates us rich people, not the other way around.”

This is why Pennsylvania lawmakers will raise the state’s $7.25/hour minimum wage, and why it will probably happen a lot sooner than anyone realizes.

Start with the premise that Pennsylvania’s GOP-controlled legislature will never raise the wage because too many of its members are philosophically opposed.  The last time the minimum wage was raised in Pennsylvania was under Act 112 of 2006, under a GOP-controlled legislature.  In fact, four current GOP Senators (John Rafferty, Dominic Pileggi, Robert Tomlinson and Pat Browne) were co-sponsors of the final bill, proposed by Senator Tina Tartaglione (D-Philadelphia).  In the House, Rep. John Taylor (R-Philadelphia) offered a companion bill, and had a dozen Republican co-sponsors.

The second premise is that Governor Tom Corbett would never sign a minimum wage increase, unlike Democratic Governor Ed Rendell, who affixed his signature to Act 112.  Again, this may be less cut-and-dried than one thinks.

There are many issues at play in September (pensions, liquor privatization, etc.) on which the governor would love to see some progress.  If the legislature hands him one or both of those long-sought priorities along with an increase in the state’s minimum wage, what will he think of that package deal?  On the political side of the coin, what risk is there in him signing a minimum wage bill? It is popular with a segment of the voting population that is currently not all that enamored with his tenure.  An increase is also popular amongst moderate Republicans in the crucial southeastern part of the state, as well as with western Pennsylvania Democrats.  In short, he has very little to lose, and potentially quite a bit to gain.

And then there is the legislature’s current crop of Democrats, who through their own advocacy and parliamentary moves could force a vote of the minimum wage as soon as they return from recess.  With a November election looming, what exactly would they have to lose?  And if they are successful in forcing a vote, does anyone really believe it will be defeated?

Finally, and perhaps most crucial to this discussion are the words of CEO Nick Hanauer:

“Most of you probably think that the $15 minimum wage in Seattle is an insane departure from rational policy that puts our economy at great risk. But in Seattle, our current minimum wage of $9.32 is already nearly 30 percent higher than the federal minimum wage. And has it ruined our economy yet? Well, trickle-downers, look at the data here: The two cities in the nation with the highest rate of job growth by small businesses are San Francisco and Seattle. Guess which cities have the highest minimum wage? San Francisco and Seattle. The fastest-growing big city in America? Seattle. Fifteen dollars isn’t a risky untried policy for us. It’s doubling down on the strategy that’s already allowing our city to kick your city’s ass”

The debate over the minimum wage is coming to Pennsylvania, pitchforks or not.