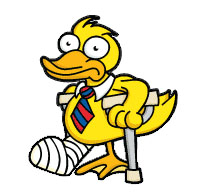 Speculation is swirling around Harrisburg that the incoming General Assembly will use the two weeks between when they are sworn in (January 6th) and when Governor-elect Tom Wolf is sworn-in (January 20th) to convene and pass a raft of legislation that Governor Corbett could sign into law on his way out of office.

Many people have asked whether or not this is possible or likely?  The answers are, in order, yes and no.

While nothing in the Constitution would prohibit the new version of the General Assembly from sending bills to a lame duck governor, the challenges are daunting.  It is not like you can walk into the House or Senate on January 6th, turn on the lights and start making laws.

Fast-tracking legislation to Governor Tom Corbett’s desk in a fortnight would be pretty near unprecedented.  In fact, one of the quickest we have seen a bill become law in recent memory was just last month in response to convicted murderer Mumia Abu Jamal’s controversial college graduation address.  The Crime Revictimization Act was first introduced in the House by Rep. Mike Vereb on October 3, and it was signed by Governor Corbett 18 days later on October 21st.  However, Vereb’s proposal was amended into an existing Senate Bill that was already sitting in a House Committee, which sped up the process by several days.

While technically speaking there are 14 days between the new General Assembly being sworn-in and Governor-elect Wolf taking the oath, there are really only 12, since there is virtually no chance of the House or Senate convening on a Sunday.  So using 12 days as a window, the House and Senate have to achieve the following:

1.       Swearing-in of new members – This might not sound like a time-consuming process to some who have never witnessed swearing-in day, but trust us.  There are Speaker and President Pro Tem elections, floor speeches, receptions galore and family members strewn about every inch of the Capitol Building. This day is eliminated as a work day, and we are down to 11.

2.      Housekeeping -- The House and Senate need to appoint members to standing committees, appoint committee chairs and pass their respective chambers’ operating rules for the new Session.  This knocks out another day, and we are down to 10.

3.      Constitutional Requirements -- Considering any new bill will need three days on each the House and Senate Calendars, we are now down to 4 days to spare (including 2 Saturdays). Remember, this requirement cannot be “suspended” like the House or Senate Rules often are.  You cannot suspend the Constitution.

So with a scant four day cushion, every single bill that would be voted on would have to be drafted, referred to committee (holding committee hearings would be essentially impossible), voted out, sent to the calendar, given a fiscal note, voted on 2nd and 3rd consideration IN BOTH CHAMBERS and sent to Governor Corbett.

Over in the House, any bill that would be amended on 2nd consideration would need to sit an extra 24 hours before it were voted on final.  Given that most bills being mentioned for this potential two-week odyssey are (to be kind) partisan in nature and not without controversy, expect a very aggressive amendment strategy by the Democrats, which could again end up costing an extra day here and there.

And finally, we need to keep in mind that when a bill is sent from the Senate back to the House on concurrence, the same 24 wait rule applies, unless the House could somehow cobble together a supermajority to suspend the rules.

In short, the only way this process could conceivably be completed with legislation landing on Governor Corbett’s desk before January 20th at 11:00 AM is for both chambers to add several Session Days to the calendar, have all of the agreed-to legislative language hammered out far ahead of time, dispatch all amendments and floor motions quickly and easily, and generally function at a level of efficiency we have rarely seen in any legislative body.

So again, is it possible?  Yes. Is it likely?  No.  But then again, not too many people predicted Buffalo would get 8 feet of snow in November, either.