As the dust settled on last week’s non-vote to repeal Obamacare, that very dust turned into flying fur as President Trump took to Twitter (odd, huh?) to attack members of the 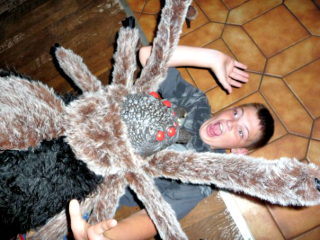 conservative House Freedom Caucus, many of whom he blames for the plan’s failure.  Let this be a reminder to all that this President is not exactly a traditional Republican, and he’s spent his life doing deals.  If you aren’t at the table, you are probably on the menu.

Our own U.S. Senator Pat Toomey this week was much more circumspect about the “Repeal and Replace” implosion, expressing displeasure that the House couldn’t get its collective act together but maintaining hope. We would remind our friends who were dancing in the streets last Friday: The House GOP may have swung and missed last week, but it is only the first inning.  Rome, much like Obamacare, was not built in a day. Or even seventy days, for that matter.

Toomey also opined that Trump’s Supreme Court nominee Neil Gorsuch will be confirmed by the Senate, no two ways about it.  For those who like to refer to changing Senate confirmation rules as “the nuclear option,” we would say that given how dysfunctional Congress has been out of the gate, the nuclear option phrase may be a tad overused.  These folks nuke each other rhetorically every single day. See: Nunes, Devin.

Our other U.S. Senator Bob Casey, Jr. this week spent some time convening a roundtable with law enforcement to discuss the heroin and opioid crisis that is gripping the nation. We were once again reminded by the men and women in blue that we cannot arrest our way out of this crisis.

It would be hard to trump Trumpcare as the biggest story of the week. On Thursday, the president and Congress failed to muster a majority in the House, so a floor vote on a measure 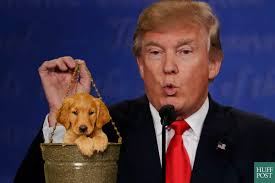 that would replace the Affordable Care Act was postponed. The day ended with Trump issuing an ultimatum: either pass this puppy or we keep Obamacare. Another attempt at passage is expected this afternoon, but had not occurred at this writing. If this dog hunts, the Senate awaits.

The opposition is a curious coalition. Some are against it because it screws too many insureds, and others are against it because it doesn’t screw enough of them. North Carolina Republican Congressman Mark Meadows, a member of the 30-person “Freedom Caucus,” said the caucus had been “reasonable” in asking for deeper cuts in benefits – “reasonable” apparently being defined as “do what we 6 percent of members want, or we walk.”

The other buzz in Washington was about the administration’s “budget blueprint,” calling for a boost in spending for homeland security and immigration and significant cuts to the Environmental Protection Agency and departments of State, Agriculture and Education. Oh, and then there was transportation. Despite campaigning on improving the country’s infrastructure, the blueprint has transportation taking a $2.4 billion haircut, mostly in programs funding air and rail projects, highways and public transportation. In other words, “infrastructure.”

Emergency service personnel, elected officials and scores of others gathered in Harrisburg today to honor the life of Lieutenant Dennis DeVoe, a Harrisburg firefighter who died in a car accident last week as he headed to battle a fatal house fire. All of us here at Triad offer our sincere condolences to Lt. DeVoe’s family and friends. 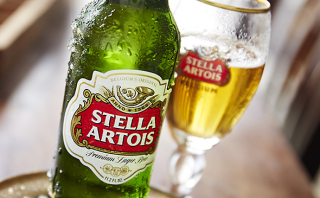 Today is the Feast of St. Patrick, otherwise known here in America as the day we honor life of a 5th-century Romano-British Christian missionary by drinking too much and listening to the Dropkick Murphys. We Americans are weird.  The fact that St. Patrick’s Day this year falls at the beginning of March Madness means that bar owners across the country are rejoicing a wee bit more than the rest of us, as they will see plenty of green

On Monday night, winter storm Stella reminded Pennsylvania that winter is not quite over yet, pounding the Commonwealth with snow and high winds, even causing an avalanche in Wyoming County. While navigating our Triad snow blower, we did our best Marlon Brando impression by screaming “Stella!” into the howling wind.

We begin this week with a public service announcement.  If you see anyone who is employed by the Senate Democratic Caucus of Pennsylvania, you may want to print out a hard copy of this memo and hand it to them.  Some offshore cowards have deposited some nasty ransomware on their entire computer system, totally crippling their IT services.  So far, Senate leaders are mum as to what exactly the ransom demand is.  Perhaps the head of Alfredo Garcia?

President Donald Trump this week accused former President Barack Obama of wiretapping his phones in Trump Tower during the run-up to the 2016 election. Trump also went on to say he is reasonably sure that Obama also instructed the Secret Service to tail Trump wherever he goes.

There was good news on the job front for the President, however, as the U.S. economy added 235,000 jobs in his first full month in office.  With unemployment ticking down to 4.7 per cent, the economy is humming along at a pretty huge clip, and growing bigly!

It was a big week – huge! – for President Trump, who delivered his first speech to a joint session of Congress. Even the Washington Post had to acknowledge that he did well, and 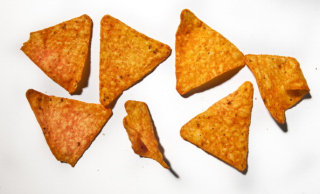 Republican leaders in Congress probably breathed a sigh of relief. The Fact Police, however, were not entirely kind.

Then there was that Russian thing, sticking to the administration like fly paper as it was revealed that Attorney General Jeff Sessions conversed with the Russian ambassador during the presidential campaign. Democrats, predictably, went bat-poop crazy, reminding us once again that we are eons away from any type of kumbaya moment in the nation’s capital.

Or anywhere else, apparently: despite a dearth of any evidence, the assertion that a bazillion folks voted illegally last year seems to have what Stephen Colbert used to call an element of “truthiness” to it. In other words, it may not be true, but it COULD be. Maybe. Because it sounds plausible. Under some circumstances. So, as the Pew Charitable Trust reports, bills to make voters jump through more hoops have been introduced in at least 20 states.

Back in Pennsylvania, two online gaming industry organizations released a report on how much revenue the Commonwealth could expect from, well, legalizing online gaming. And guess what? In addition to $126 million in upfront licensing fees, PA could get $46 million a year in taxes and a total of $426 million in the first five years. Just imagine the property tax relief we’d all get from that kind of moola!