We shall dispense with the May the Fourth Be with You stuff and get right to this week’s memo.  Head over to Twitter to get your Star Wars meme fix, we have important stuff to do 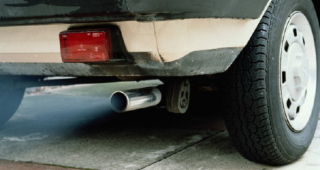 here, like inform you that the U.S. economy continued to roar last month, adding another 164,000 jobs.  The unemployment rate nationwide dropped to an absurdly low 3.9 percent, which essentially means that if you want a job and don’t have one, you probably don’t really want a job to begin with, now do you?

Former New York Mayor and newly-minted Trump counsel Rudy Giuliani made quite the splash this week when he went on Fox and Friends and essentially ruined Sarah Huckabee Sanders’ life.  Say what you want about old Rudy, but it appears as though he is practicing one of the most basic tenets of crisis communications.  Come clean fast and get your facts out there first, even if your boss may not agree with your particular set of facts.

For more on effective crisis management, check out this piece by our own Rick Kelly about the Philadelphia Starbucks kerfuffle.

Revenue collections in Pennsylvania are up about $164 million over projections, we learned this week.  Of course, in a $34 billion budget, that’s not really an eye-opening number.  That’s the good news.  The bad news is, after last year’s one-time budget fixes go away, the 2019 state budget fight is gonna be a doozy, ladies and gentlemen.

Governor Wolf this week donned his Sisyphus garb and began rolling his natural gas severance tax plan up the hill.  The strange part is, given that the 2018 General Election is just months away, even if he loses the battle again he probably wins in the end.

The PA House this week began working to repeal the controversial Philly soda tax, which is in fact a tax on a helluva lot more than soda. As the impact of the tax begins to become clearer, more and more lawmakers are looking for an alternative way to fund Pre-K in Philadelphia.

Also in the Lower Chamber this week, lawmakers took some major steps toward creating a better menu of career and technical education options for Pennsylvania students.  Not everyone needs a four-year college degree, something our good friends in the state building trades have known for decades.

House Majority Leader Dave Reed, who will retire at year’s end, raised a considerable number of eyebrows this week when he threw his support behind redistricting reform, as well as a few other electoral and institutional reforms.  Years from now, 2018 may be known as the year of the Reed Reforms.

Rand Corporation released a report on the state of the State System of Higher Education, prompting lawmakers to convene to discuss it.  While the report engendered plenty of conversation (some of it was even helpful), we probably don’t need a report to tell us we still rank 47th in funding for higher education.  We are all aware that “throwing money at the problem” won’t fix it, but you know what won’t fix it either? Throwing no money at it.

Governor Wolf this week renewed his call for lawmakers to close the so-called “gun-show loophole” in the state’s firearm background check system. That loophole will be closed on or about the time the General Assembly passes a severance tax on natural gas drillers.

The City of Pittsburgh will close out the year with a tidy $17 million surplus, or so says the man in charge of keeping the city’s checkbook balanced.  The Steel City has certainly come a long way since the days when it had to hold bake sales to fund the police department.

Philadelphia Mayor Jim Kenney has renewed his call for marijuana legalization, adding that he would like to see weed sold in state stores.  Companies that spent millions of dollars to open medical marijuana dispensaries around the state are probably thrilled with that idea.

We have so many Shameless Client Plugs this week that we don’t even know where to start, so we will do them alphabetically.  First up is Independence Blue Cross, which landed on the annual Forbes list of best companies to work for.  We heartily agree, Mr. Forbes.

Next up are our friends at Lyft, who seem well on their way to making their second home in Pittsburgh.  The company announced an expansion in the city this week, as Pittsburghers seem to have quite the Lyft Love Affair going on out there.

Finally, we head up to the Tricky Triangle, where our pals at Pocono Raceway got a little solar love from the media this week.  Check out the story of their 25-acre solar farm, starring Pocono President Ben May!

In our We Can’t Make This Up segment this week, there was plenty of competition, but we ultimately chose this story from Newton, Kansas, where local police had to use a stun gun to stop a man from having sex with the tailpipe of a car.  The car had no comment.

That’s what passes for news around here as the General Assembly takes a hiatus for the Primary Election.  We, however, do not take hiatuses and will be back next week with all the facts, figures, and fun you can possibly handle.  From all your friends at Triad, have a great weekend!