Given the heightened sensitivity to racial bias issues these days, is it possible for even a socially responsible organization to manage its way through a racially charged crisis with its 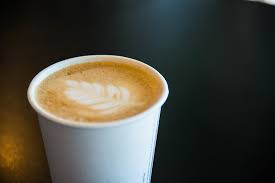 reputation intact? The Starbucks incident that led to the unwarranted arrest of two black men in Philadelphia last month provides an opportunity to examine that question.

Shortly after opening its first store in 1971, Starbucks began to distinguish itself as a do-the-right-thing kind of retailer. It offered full health care and stock options to employees, embraced diversity and inclusion, created a foundation to support its communities, located stores in underserved areas, promoted certified Fairtrade products, established ethical coffee-sourcing standards and built farmer support centers in coffee-growing regions. Along the way, it also rewarded its investors. Following its initial public offering in 1992, Starbucks has had multiple two-for-one stock splits.

By nearly any measure, Starbucks has been ultra-successful, with now about 28,000 stores worldwide and unmatched influence in the supplier markets. Up until the Philadelphia incident, it’s hard to imagine anyone being mad at Starbucks. Clearly it has walked the social responsibility talk. But when a request to use a restroom in the Philadelphia store escalated into the arrests of the two men who had come there to meet a friend, the public reaction was loud and furious.

A cell phone video of the arrests went viral, and it instantly attracted worldwide attention and accusations of racism. The video showed that the arrestees had done nothing to merit such a fate. What’s a crisis manager to do?

The first consideration in managing any crisis is to avoid making the situation worse. Starbucks accomplished that by immediately recognizing the threat to its reputation, responding quickly, issuing an unequivocal apology (as opposed to “We’re sorry if we offended anyone”) and by flying across the country to deliver apologies in person to the men who were arrested.

The company also succeeded in positioning the incident as a “teachable moment.” Starbucks CEO Kevin Johnson, in an ABC interview on the Monday following the incident, repeated the apology, took responsibility and said he wanted to apologize in person to the men and “invite them to join me in finding a way to solve this issue.” The men who had been arrested agreed they “want to make sure this situation doesn't happen again.” Their settlement this week with the City of Philadelphia is a testament to their constructive intentions.

In the face of an organized protest at the site of the arrests and calls for a national boycott of the company, Johnson announced plans to close 8,000 U.S. stores on May 29 to provide employees with bias sensitivity training. In multiple interviews, he continued to apologize and pledged to identify and address the factors that led to such a dire result. He also insisted that a half-day of sensitivity training was only a first step.

Johnson was right to accept responsibility for the incident. The company’s policies, procedures, training and culture fell short of preventing an outcome that should not have occurred and ran counter to one of the organization’s stated values of “creating a culture of warmth and belonging, where everyone is welcome.”

Whether a place where everyone is welcome should include restroom access for non-customers may be debatable, but insisting that visitors buy something upon arrival or face forcible removal is not a welcoming gesture.  We’re guessing that the company will spend some time thinking about that.

In any event, we offer the following recommendations to those who imagine having to handle a crisis of their own:

Depending on the nature of the crisis, some stakeholders may turn away for good. At the same time, handling a crisis well can strengthen an organization’s relationships and strength.

How will this episode turn out? There’s no doubt that Starbucks was in the wrong, but it acknowledged its failures quickly, accepted responsibility and devised a remedy (or at least a first step). We’re betting that Starbucks will be selling lattes for a long time, and that other organizations will use this episode as a template the next time they find themselves in times of trouble.

Rick Kelly is Triad’s VP of Strategic Communication and directs the firm’s crisis management practice. You can reach him at rkelly@TriadStrategies.com.