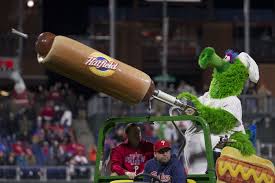 We pause this week to join all Pennsylvanians in expressing our sorrow to Gov. Tom Wolf over the death of his mother, Cornelia.  She was 94.  Our prayers are with the governor and his family.

We also take a moment to send our good wishes to former Gov. Ed Rendell, who this week announced he is battling Parkinson’s disease.  Good thing sports betting is now legal in Pennsylvania, because we have all of our money on Rendell in this fight.

President Trump this week signed an executive order designed to stop immigration agents from separating children from their parent at the U.S. border, after more than 2,000 such wee ones experienced exactly that over the last two months.  The order seemed to stir even more uncertainty, which is why Congress moved swiftly this week to pass a new… just kidding.  Congress didn’t really do anything.

PA Attorney General Josh Shapiro is no fan of Trump’s border policy and has joined 10 of his colleagues in filing suit against the administration, marking the 490th time he has sued the president since taking office.

Trump also spent part of the week stepping up his tariff game, announcing he will slap an additional 10 percent tax on $200 billion worth of Chinese imports.  Or basically all of China’s imports.  At some point, we are gonna run out of things to tax.

Vice President Mike Pence made a stop in the City of Brotherly Love this week to endorse former state Sen. Scott Wagner’s bid for governor.  One state lawmaker in attendance was, shall we say, less than cordial to the veep, throwing him a finger gesture that is usually reserved for the Dallas Cowboys when they enter the Linc.

For his part, Wagner made news this week when he came out and supported a hike in the state’s minimum wage, albeit a much smaller hike that Governor Wolf has proposed.  Wagner also said he would then like the “conversation to be over.”  Since it is abundantly clear that the legislature is leaving town without taking up the issue, the end of that conversation is pretty far away, we can assure you.

The state’s top GOP lawmakers have filed suit in the U.S. Supreme Court over a state high court decision that threw out – and ultimately re-drew – Pennsylvania’s Congressional maps.  While it is unclear whether the SCOTUS would even hear the case, the outcome would not affect the maps for the November elections.  If history is any indication, this suit is likely D.O.A. in D.C.

Governor Wolf has a completed state budget on his desk as we speak, after overwhelming majorities in each chamber voted in favor of the $32.7 billion bar tab.  This news is nothing short of astounding in this toddlin’ town. The 2018-2019 spending plan contains no new taxes, a small boatload of cash for schools, and some new funding for school safety.  Contentious election years tend to encourage people to sharpen their collective focus.

There seems to be a bit of a kerfuffle brewing between Harrisburg Mayor Eric Papenfuse and House Speaker Mike Turzai, as Papenfuse continues his push to get the state to lift the city’s distressed designation.  The speaker essentially told the mayor that it ain’t happenin’, captain.

Penn State students will get an early Christmas gift in the form of a tuition freeze after Senate Majority Leader Jake Corman engineered an increase in state higher education funding.  #WeAre

As of this writing, the House and Senate’s top GOP leaders are engaged in a bit of a staredown unrelated to the budget.  At issue are bills that would ban Down syndrome abortions and one that would crack down on hazing at college campuses.  Let’s just call this a “Love and Marriage” showdown: you can’t have one without the other, according to one of the combatants.

Philadelphia Mayor Jim Kenney got some great news this week, as his city is on the very short list to host a few World Cup soccer matches in 2026.  Only soccer can generate that much anticipation for an event that will be held eight years from now.

And speaking of mayors, our good friend, strategic partner and Mayor of Brentwood Dennis Troy scored a big victory this week, as Allegheny Health Network announced plans for a $25 million neighborhood hospital in his little slice of western Pennsylvania heaven.  Great job, mayor!

In our We Can’t Make This Up segment this week, we go to the friendly confines of Citizens Bank Park in Philadelphia.  On Monday, a fan by the name of Kathy McVay was struck in the face by duct-tape-wrapped hot dog fired into the crowd by the Phillie Phanatic.  McVay sustained a black eye but says she won't seek damages.  No word yet on the Phanatic facing an assault-with-a-deadly-wiener rap.

That’s what passes for news around here as lawmakers and the governor get ready to depart for the summer.  We, however, will not be departing because we have lots of other stuff to do.  From all your friends at Triad, have a great weekend!