The big news of the week was the historic Trump/Kim (no, the other Kim) summit, which produced what can be described as an agreement-in-principle.  You drop your nukes 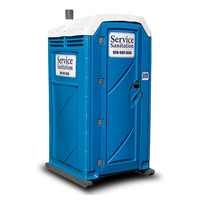 program and we will drop our stranglehold on your already-crappy economy.  Considering the fact that any deal with North Korea typically has the shelf life of a banana, much remains to be seen.

This morning, President Trump announced $50 billion in new tariffs on Chinese products, prompting the Chinese to announce their in-kind retaliation on soybeans and beef, which is a not-so-subtle shot at Trump’s heartland supporters.  The Chinese have obviously studied up on this trade war stuff.

Trump may also face some headwinds in trying to “bring back coal,” we learned this week.  The proliferation of solar, wind and other renewable sources have already caused 15 gigawatts of coal-fired power to go off the grid just in the last year.  Which is more than the 1.21 gigawatts that Marty McFly needed to go Back to the Future.

The president also this week had a small falling out with Canadian Prime Minister Justin Trudeau over the trade imbalance that doesn’t actually exist.  To be fair, we are sure Trudeau is still cheesed off at us because a Canadian team once again failed to win the Stanley Cup.  You guys stink, eh?

Trump was dealt a serious blow this week as a federal judge cleared the way for a merger between AT&T and Time Warner.  For those just tuning in, Time Warner happens to own CNN, a network that Trump hates with the fire of a thousand suns.  He should be thrilled when Comcast buys 21st Century Fox.

U.S. Sen. Bob Casey Jr. scored a win this week as he had his capable hands in the Farm Bill compromise that should treat our good friends in the Pennsylvania agriculture field quite nicely.  Casey doesn’t do flash, but he is a darned good mechanic.

Speaking of Casey, he and Gov. Tom Wolf both cruise into summer with comfortable double-digit leads over their respective GOP challengers, according to our good friend Dr. Terry Madonna’s latest poll.  The social media response from the GOP was scorching, to say the least.  Calm down, guys and gals. It is June.

Wolf also ventured to Boscov’s this week to buy his running mate, John Fetterman, a tie.  Next week, Fetterman is expected to take Wolf out for a tattoo.  The nation’s political odd couple seem to be getting along rather swimmingly.

Wolf received mixed news on the state of the economy this morning, as the state’s unemployment rate fell to 4.5 percent.  While that is generally good news, the dark cloud portion is that 14,000 Pennsylvanians dropped out of the labor market.  The best nugget in the report was that new construction jobs led the way in growth.  Thank your local building trades members when you see them.

Today’s unemployment report underscores a recent study showing that when it comes to job growth and economic opportunity, Pennsylvania is essentially split in two.  The southeast continues to be quite the hotbed, while the western side of the state struggles to keep up.

The state Senate this week took a crack at redistricting reform, and we will just say the result was rather unexpected.  A last-minute amendment to regionalize judicial elections was added to an already-shaky compromise bill, causing advocates to run for cover and the Twitters to explode.

Philadelphia City Council this week tweaked the proposed 1 percent new construction tax to exempt a certain somebody from the pacific northwest.  It rhymes with “wham-a-zon.”

For grocery store owners, there are literally five hundred good reasons to repeal the soda tax in Philadelphia.  One of them is named Anthony Jackson.  Watch him here.

In our We Can’t Make This Up segment this week, we take you to lovely Denver, where a pair of port-a-potties took flight over the Mile High City.  Thankfully, they were not occupied at the time.  The state budget passing in June and flying toilets are two things we did NOT see coming.

That’s what passes for news around here as we sail into a beautiful weekend!  We will see you next week when the General Assembly returns and heads into the final stretch.  Until then, from all of us at Triad, have a great weekend!