Cornelia Wolf, mother of Gov. Tom Wolf, was laid to rest this week after passing away at age 94.  Triad joins all Pennsylvanians in sending our most sincere condolences to the governor and his family.

Those crazy kids on the U.S. Supreme Court had themselves quite a week as they struck 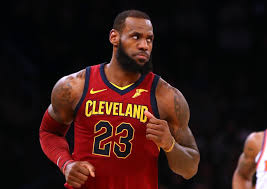 down fair-share laws in the long-awaited Janus v. AFSCME decision, which will seriously hamper the ability of public sector unions to engage in political activity.  While most of organized labor had already anticipated this outcome, they now have themselves quite the rallying cry for this November.

Hours after handing that decision down, Justice Anthony Kennedy decided to hang up his spikes at the tender age of 81.  His retirement will open up a second slot for President Donald Trump, who must have felt a bit like Barron Trump on Christmas morning. Look for the GOP-controlled Senate to move with alacrity in seating the crucial ninth justice.

For his part, Sen. Bob Casey Jr. feels that Senate Majority Leader Mitch McConnell should postpone any SCOTUS confirmation votes until after November.  McConnell’s response to such calls has thus far been “Yeah, that’s cute.  No.”

With the 2018-2019 fiscal year budget safely in place, the state looks to be in pretty decent financial shape for the near future, we were told this week.  Before y’all get too comfy and complacent, it won’t be too long before storm clouds gather around the Commonwealth’s checkbook. If you are in the government business, maybe don’t make vacation plans for next July.  Or August.  Or September.

Anti-gerrymandering groups decided to camp out in Governor Wolf’s reception room this week in an attempt to get him to call a special session on redistricting reform before July 6, the deadline for any plan to get onto the November ballot for voter approval. We are not exactly sure why they believe the governor can force the legislature to come back to Harrisburg for any reason, let alone for a bill that will not even require his signature.  But whatever, make yourselves comfy.  Try not to interrupt the tour groups while you are there.

Redistricting was not the only issue left hanging when the legislature left town this week.  Anti-hazing legislation, a bill to address gun violence and a bill to shrink the size of the legislature all got pushed off until the fall session.  The addition of these three bills to the fall agenda brings the grand total of things that will be accomplished in the fall to zero.  There are exactly nine session days scheduled for the rest of the year, folks.  Lower your expectations accordingly.

Cases of elder abuse jumped 13 percent in the last year in Pennsylvania, a worrisome number to be sure.  It would be nice to see policymakers act swiftly to address this issue, given that our elderly population is one of the largest in the country.  If we perhaps changed the phrase “elder abuse” to “Libre abuse” it will be addressed by the end of next week.

Speaking of Libre, Pennsylvania’s favorite canine lobbyist was back in the news this week as he celebrated the one-year anniversary of his law with lawmakers, the governor and some doggie cake.  He will now begin teaching classes on how to effectively lobby the General Assembly.

With one stroke of his mighty pen, Governor Wolf this week made Pennsylvania the first state in the country to have a clean-slate law that will automatically seal records of low-level offenders after a decade of clean livin’.  It is not often we are first in the nation in anything other than trash imports, so this is a big deal.

All 13 of Pennsylvania’s casinos have now joined forces to stop the Wolf administration from rolling out I-Lottery games that, in their view, look a little too much like slot machines.  The mere fact that all thirteen casinos agree to anything is a minor miracle, but we are gonna bet the Wolf team is a bit nonplussed by the whole thing.  And hey, anything beats Gus the Groundhog.

Speaking of casinos, as the state continues to finalize regulations on sports betting, along come the owners of the Pittsburgh Pirates, who want a piece of that gambling pie from the state to finance upgrades to their taxpayer-funded stadium.  Editor’s note: It was hard to type that sentence without laughing hysterically.  Really, Pirates?  Maybe you should use gambling money to buy a bullpen or a corner infielder who can hit his way out of a wet paper bag.

The City of Harrisburg will be locked in state oversight for at least another three years, we learned this week.  The state-appointed overlord wants some time to ensure the city has its fiscal legs under it and apparently is working on a plan to do just that.  Meanwhile, Mayor Eric Papenfuse says the city is on fire and headed off a cliff.  Glad everyone is on the same page.

Some shameless love goes out this week to our friends at the National Liberty Museum in Philadelphia for once again offering free admission on July 4.  If you wanna spend some time honoring our country on Independence Day, we cannot think of a better way to do it.

Because we love to end June on a high note, we bring to you this report that the nation’s surplus supply of cheese is at an all-time high.  Fire up those grills, people, and don’t skimp on the cheddar.  These are the days we will tell our grandkids about.

In our We Can’t Make This Up segment this week, we take you to Petaluma, California, where the annual World’s Ugliest Dog contest just concluded.  English Bulldog Zsa Zsa took home the crown this year, and from the looks of it, could probably repeat the feat for the next ten years.  This dog is the LeBron James of ugly.  Welcome to the true dog days of summer!

That’s what passes for news around here on a scorching Friday in your capitol city. From all your friends at Triad, have a safe and wonderful Fourth of July!