Amazon...and the Next Big Thing 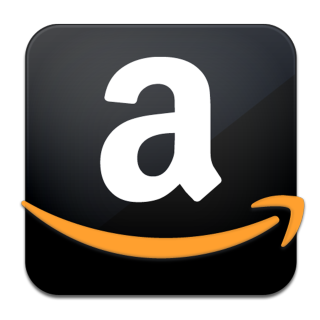 The other day my four-year-old son asked me if we could go to the toy store to buy a new game. In what I thought was a skillful move of parental deflection to avoid the purchase, I replied: “Sorry bud. Toys R Us is gone, remember?” The little guy’s comeback quickly put me in my place: “Dad! You have Amazon on your phone.”

Had Jeff Bezos heard the debate in my house that day, my guess is he would’ve chuckled a bit. I mean really think about it for a second. Did he ever imagine the startup company that he ran from his garage would eventually become negotiation fodder for a four-year old? I kind of doubt it. But given his company’s evolution, that may have been the only scenario Bezos wasn’t considering.

Amazon’s meteoric ascension to the top of the world’s corporate hierarchy has defied just about every rule in the book. The company has completely revamped the retail landscape. As a result, Bezos is now the wealthiest man in the world and his empire is at the center of a nationwide bidding war to land its newest headquarters. There hasn’t been this much hype over a company since Willy Wonka released his golden tickets. And for those who missed out on Wonka’s famed prize, fear not – they’re available on Amazon. No joke.

States and their cities are currently pulling out all the stops to lure the online giant. We’re talking just about every enticement you can imagine, including three-minute, celebrity-laden promotional videos plastered across YouTube. But why not, right? All told, the winning bid is looking at a $5 billion investment and the creation of 50,000 jobs. That’s an unprecedented shot of economic adrenaline.

Of course, all of us here in the Keystone State are hoping that one of our horses – Philadelphia or Pittsburgh – gets across the finish line first. According the crew at CNBC, who just issued a report grading all the finalists, the odds are leaning toward the Lone Star State, via Dallas and Austin. Only Pennsylvania and Texas have multiple cities among the finalists.

Personally, I’m not much of a gambler, so I’m not the guy to place odds on who might win. I am, however, a sucker for a good debate on economic development policies. And frankly, regardless of the outcome for us here in Pennsylvania, I think there’s a ton to learn from this Amazon courtship.

While the incentive packages have generated the most hype, there’s a belief they will be secondary in this decision. Amazon has already alluded that a strong metropolitan area with a tech-savvy talent pool is preferred. If true, that could be good news for our candidates.

Both Philly and Pittsburgh are getting noticed for their efforts to embrace tech-centric business development, and we know they stake claim to world renown universities that graduate the best and brightest. Hey, Pittsburgh was even recently named the second “most livable” city in America. Talk about great timing.

But, as is too often the case, Pennsylvania also finds itself on the wrong end of the list when it comes to the cost of doing business. It’s been a constant issue for years. Of course, an incentive package might defray some of these issues in the Amazon sweepstakes, but that still won’t touch the bigger picture that’ll need to be addressed after Mr. Bezos makes his choice.

Lawmakers have been talking for years about revamping Pennsylvania’s business climate, and many believe something significant on tax reform is on the not-too-distant horizon. For what it’s worth, I think that’s a very real possibility. And if the recent report issued by the Tax Foundation and the Pennsylvania Chamber of Business and Industry is any indication, we could in store for some compelling political theatre.

Changes, when they come, need to be broad and enticing to all employers. But placing specific focus on entrepreneurs could offer a huge return on investment. If Pennsylvania is truly carrying the potential to be one of the nation’s leading hubs for innovation, then creating an environment that cultivates new technologies; supports business incubators and promotes forward-thinking ideas will be vital. Keep in mind, tech-centric world powers like Amazon, Apple, Microsoft and Google were all developed by innovative, outside-the-box focused entrepreneurs. We should be doing everything possible to welcome these creative business minds to our state.

Developing an aggressive plan to attract Amazon should be a priority, and lawmakers should be applauded for any efforts to do so. Do we land the new HQ2? I don’t know. But if we don’t, that can’t be the end of our efforts to draw new talent and innovative idea-shops.

Opportunity isn’t perpetual. It comes and goes. Those ready and willing to do what’s needed to take advantage of it are most likely to find success. Let’s hope we can take advantage of the new, tech-driven business potential we have awaiting us in cities like Philadelphia and Pittsburgh. Because let’s be honest; as much as we’d all love to land the Amazon deal, it’s a far better position to be fostering the world’s next mega-company than engaging in a bidding war to attract it. 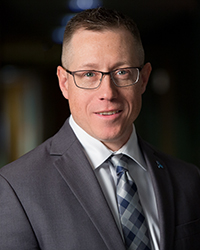