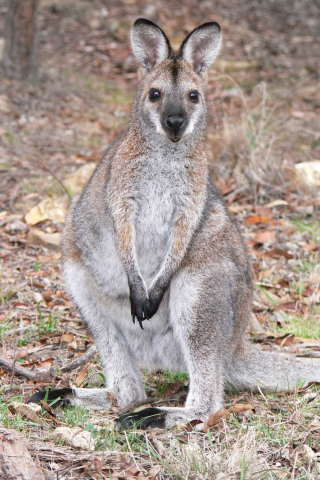 The U.S. Senate Judiciary Committee, despite some last-minute Flakery, is poised to move Supreme Court nominee Judge Brett Kavanaugh one step closer to the finish line.  To say that Thursday’s hearing was perhaps not the nation’s finest hour would be a bit of an understatement.  But on the flip side, it helped to further shine a light on the deep partisan divide our nation has on its collective hands as we approach November.

Despite the fireworks of the past week, the nation’s economic engine keeps firing on all cylinders, with the GDP topping 4.2%.  Consumer confidence continues to soar, which we kinda already knew because every other ad on Sirius/XM radio is about how your company can get free cash and fill open jobs, compared to 2008 when they were all about how to file for bankruptcy.

The only dark cloud on the economic horizon seems to be the continuing trade kerfuffle with China (and Canada, for some odd reason.) The CEO of Ford Motor company this week said that the tariffs on steel and metal have already cost his mom-and-pop operation over $1 billion.  You know the old saying: a billion here and a billion there, and soon you are talking about real money.

Turning our focus to Harrisburg, there was quite a bit of activity under the big dome this week, as the House of Representatives passed legislation that would require gun forfeitures for people who have protection from abuse orders against them.  This was a rare defeat for the gun lobby, who loses games about as often as the Harlem Globetrotters.  Election years do weird things, people.

The House also passed legislation to open a retroactive window to address child sex crimes in the wake of the horrifying grand jury report on Catholic clergy sex abuse. We will say this much for the House: they said, they meant it, and they passed it mach schnell. The measure faces an uncertain future in the state Senate, where concerns over constitutionality persist.

The House did, however, fail to pass a bill to reduce the size of half the legislature after the Senate once again signaled that the House should stay out of its business. Half a loaf is apparently no loaf at all for some House members.

Automated speed enforcement in construction zones is one step closer to reality, and the State Senate could vote as early as Monday to send the bill to Governor Wolf.  If people drove through construction zones as quickly as this bill moved through the legislative process for the past two years, there would be no need for the bill in the first place.

A blue ribbon panel (is there any other color for panel ribbons, after all?) this week told us all that Pennsylvania counties will need some government cash to replace all of their voting machines by 2020.  We are hoping the panel came to that conclusion within the first five minutes of its inaugural meeting.

Is legalized weed on the menu in the foreseeable future for Pennsylvania?  Despite a press conference in the state capitol this week that featured a man wearing a tree on his head (we are NOT making that up), the answer continues to be no, and move along.

The City of Harrisburg made a bit of progress this week on a bill that could help ease its exit from Act 47 oversight by retaining some taxing authority in lieu of a commuter tax.  See, people?  Compromise doesn’t always have to be a dirty word around here.  Nobody wants to see Harrisburg return to the 1980s. NOBODY.

A collation of nuclear energy supporters stepped up the rhetoric this week in favor of a state solution that might stop every nuclear power plant in the state from going off the grid.  Action could come in 2019, which would be good unless you plan to generate electricity with a hamster wheel at your house.

Pittsburgh become Hollywood East this week, as Tom Hanks took some time out from filming a movie in which he will star as Mr. Rogers to remind everyone to register to vote.  In Pennsylvania, you have a scant ten days left to do so if you have not already, so chop freaking chop, people.

By the way, if you are registered but don’t have a ride to the polls, our friends at Lyft have you covered.  You’re welcome.

The next day, Denzel Washington came to town to drop a cool $5 million on the August Wilson House, honoring the legendary African-American playwright.  Washington crowd-sourced the cash from a few obscure people named Oprah, Spike and Samuel L., among others.  When Denzel sets up a GoFundMe account, people apparently take him seriously.

Turning to campaign news, Donald Trump, Jr. made a stop in Hershey this week, reminding everyone that his dad is very much “on the ticket this fall,” prompting some GOP candidates in the eastern part of the state to respond “You wanna quiet down about that stuff, please?”

Ben and Jerry’s also figured out a way to make ice cream political by weighing in on behalf of a few Democratic Congressional candidates.  Welcome to 2018, where simple confectionery products now start fiery, partisan Twitter wars.

Elsewhere on the Triadvocate this week, check out Triad’s Todd Brysiak’s thoughts on Amazon and what could come next on state tax reform. Spoiler alert: his son is a pretty savvy negotiator.

In our We Can’t Make This Up section this week, we stay close to home to inform you that a wallaby named Rocko escaped his pen and is on the loose.  A note of caution: do not try to apprehend Rocko unless you want to be kicked into 2019.

That’s what passes for news around here from very busy and very contentious Harrisburg.  The legislature continues the stretch run next week, and we will be there to watch all of it because, well, that’s our job.  From all your friends at Triad, have a great weekend!