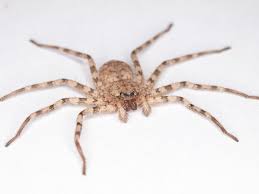 The nation was shaken Wednesday as word came that a series of pipe bombs were mailed to two former presidents and other high-profile Democrats.  Thankfully, none of the devices detonated, and no one was injured.  Within minutes, two distinct theories emerged on social media as to why the bomb threats happened.  It was either a) President Trump’s fault, or b) a hoax perpetrated by the Democrats themselves, because that is currently who we are as a nation.

There was some good and bad news on the economic front this week as the GDP grew by a robust 3.5 percent in the third quarter, powered by big consumer spending.  The stock market, however, continued to act like a kid who just ate a whole bag of Halloween candy, bouncing around wildly in every direction.

With the stroke of the old gubernatorial pen, Gov. Tom Wolf set Harrisburg free from the bonds of Act 47.  Up next will be an appointed financial oversight board that will control the city’s finances for five years before kicking it out of the nest to see if it can fly again.

A group of 11 Pennsylvania counties have registered their collective opposition to being forced to buy new voting machines by December of 2019.  Their arguments are that the machines will be unnecessary, since they are not connected to the Internet and therefor, cannot be hacked.  The Battle of the Paper Trail has begun!

Advocates for child sex assault statute of limitations reform are not going gently into that good night, we learned this week.  Victims of the Catholic clergy assaults gathered once again in the State Capitol to urge the Senate to come back and vote.   While a lame-duck session vote once seemed inconceivable, there is now a crack in that door, it would seem.

Governor Wolf this week also signed legislation that would give grandparents new rights in raising grandchildren.  One tragic byproduct of the opioid and heroin scourge (as if there aren’t enough already) is that there are a whole lot of Pennsylvania kids being raised by their grandparents – about 84,000, according to recent estimates.

A bill to add work requirements to some Medicaid recipients did not fare quite as well, as Wolf vetoed that legislation minutes after it hit his desk.  Considering he had vetoed similar legislation previously, we are still uncertain as to why the General Assembly sent it to him again.  Perhaps, and we are just spit-balling here, it had something to do with a certain election coming up in 12 days?

The Pittsburgh City Schools will not be arming their guards anytime soon, thanks to a vote by the school board this week.  Seven of eight board members voted “no thanks” to the idea which (again) begs the question: why did it even bother going to a vote?  We aren’t exactly math wizards up here, but we can count to eight.

Attorney General Josh Shapiro is one of the more progressive people to ever hold that post in Pennsylvania, so it should come as no surprise that he is investing considerable resources in ensuring diversity among his 800 employees.  Say what you want about Shapiro, but he walks the walk. Kudos to you, General.

The final voter registration numbers in are, and Pennsylvania got a bit bluer this year. In 2018, the Democratic Party added 135,000 new voters, compared with just 38,000 for the GOP.  Party registration hasn’t necessarily meant much in Pennsylvania recently, as Democrats in the western part of the state are often more conservative than southeastern PA Republicans.  For starters, check and see how many Democratic-majority counties in western Pennsylvania voted for Hillary Clinton.  It won’t take you long.

And we were also reminded this week that, despite the breathless media coverage of all the newly registered millennials and young adults, one thing in the Keystone State remains constant: there are still a metric ton of older voters, and trust us, they WILL be voting on Nov. 6.  Seniors skip elections about as often as we skip our morning coffee around here.

As the race for Pennsylvania governor comes down the back stretch, we thought we would share this handy “where they stand” guide with you, since Lord knows this has been the sleepiest election we have seen since Governor Ridge sailed to re-election against Ivan Itkin, despite the catchiest jingle in history “Itkin be done; Ivan can do it.”

Whether the fabled blue wave materializes, it bears watching the race in Pennsylvania’s First Congressional District, where incumbent GOP member Brian Fitzpatrick is locked in a death struggle with Democrat Scott Wallace.  More than $7 million has already been pumped into this cage match, and this much we know: If the early returns show that Fitzpatrick will hang on, Nancy Pelosi may want to put the gavel back in the drawer.  If Wallace jumps out to a big lead, its gonna be a long night for congressional Republicans.

A week after President Trump rallied his faithful in Erie, Vice President Mike Pence and Eric Trump popped in to say hello to Pennsylvania voters. Team Trump is spending quite a lot of time and political capital here in Pennsylvania, which tells you all you need to know about how important the state is to the national GOP.

In our We Can’t Make This Up segment this week, we take you to Fulshear, Texas, where video emerged of a giant spider getting ready to attack a police officer. Once everyone viewing the dashcam footage cleaned out their pants, they realized the spider was on the windshield in front of the dashcam, and not, in fact, a four-foot long devil spider from hell.  Doesn’t matter, we would have shot the windshield anyway.

That’s what passes for news around here as we head off to a chilly weekend!  If you haven’t yet registered to vote in Pennsylvania yet, sorry!  You are out of luck until next year! From all your friends at Triad, have a great weekend!