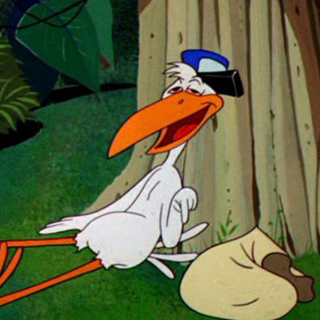 We begin this week with your annual reminder that it is once again hockey season, and all is right with the world. The Philadelphia Flyers celebrated the season opening by unleashing – er, introducing – their new mascot, Gritty.  The nation recoiled in horror.

The U.S unemployment rate this week dropped to levels not seen since Neil Armstrong took a stroll across the moon.  At 3.7 percent, we think it is safe to say America has now reached full employment. The longest economic expansion in history just keeps making… well, more history.

There was also good news this week for the 7 million or so people who work for Amazon, as the retail behemoth announced that all employees will make at least $15 an hour henceforth.  The response from the left was “See?  That’s why we need to raise the federal minimum wage.” The response from the right was “The market is already doing that.”  And ‘round and ‘round we go.

Brett Kavanaugh is one step closer to joining that lovable bunch of rascals on the U.S. Supreme Court, as the U.S. Senate this morning voted to end debate (mercifully) on his nomination.  We look forward to the day when people will once again use Twitter to post puppy and kitten videos instead of unbridled hatred.

If polling trends are to be believed, there is a pretty solid chance the Democrats will reclaim the majority in the U.S. House next year.  So what, dear readers, should you do to prepare? Glenn Beck has the answer: buy gold, since Armageddon is apparently looming. Man, Glenn, try the decaf.

Sports betting will be coming to a casino near you very soon, we learned this week.  For a complete primer on how to lose money very quickly, check out this rundown of where you can wager and how by our pals at PennLive.

The headlines in Pennsylvania this week belonged to Alex Trebek, who hosted the first and only gubernatorial debate that voters will see this year.  Unfortunately, Trebek ended up pretty much debating himself.  He trails both Scott Wagner and Tom Wolf by double digits.

At 2:18 p.m. Wednesday, FEMA tested the first-ever text alert, stopping the hearts of people across the nation who thought that North Korea had finally gone off the deep end.  Several Triad employees did not receive the text alert, leading us the believe that we may have been blacklisted, and in the event of a national emergency we will be left to die in an unspeakable hellscape.

The state Senate this week sent Gov. Tom Wolf a bill that will force the surrender of firearms in certain cases where Protection from Abuse orders are filed.  Although the NRA was officially neutral on the measure, it was widely seen as a pretty rare victory for gun control advocates in Pennsylvania.  Because, as we all know, we cling to guns and religion around here.

Governor Wolf is also in possession of a bipartisan measure to allow speed control cameras in construction zones.  Congratulations to our friends at the Associated Pennsylvania Constructors and the state building trades, two groups that have long advocated for these protections for their workers.

Today is World Teachers Day and yesterday was National Taco Day.  As such, we encourage you to find your favorite teacher and buy him or her a taco.  Trust us, they will appreciate it.

Pennsylvania has once again gotten an extension from the federal government for the implantation of Real ID, which means that you can still use a valid driver’s license to board a plane in PA, but you will still have to take off your shoes because a decade ago some hapless, idiotic would-be terrorist tried in vain to light his sneakers on fire on a plane.

In campaign news, gubernatorial hopeful Scott Wagner this week said that he can solve Pennsylvania’s chronic budget shortfalls by “drilling down to every nickel,” citing large pots of un-drank coffee as an example of government waste.  Coming to a state office near you: K-Cups!

We have two Shameless Client Plugs to throw at you, so get ready.  First, check out this piece about Philly’s First Bank, and conjuring the spirit of Alexander Hamilton to restore this historic landmark.  Hamilton, for the uninformed, was a colonial-era actor, singer, dancer and rapper.

And we would be remiss if we didn’t toot our own horn a bit on the upcoming gala sponsored by the Franklin Institute (with a small assist from Triad Strategies) titled “Vikings: Beyond the Legend.”  Spoiler Alert: there will be no Minnesota Vikings in attendance.

In our We Can’t Make This Up segment this week, we take you to lovely Gilbert, Minnesota, where the early frost has caused berries to ferment right on the trees.  Which, in turn, is causing birds to get drunk from eating them.  We can’t wait to se what the next Gilbert, Minnesota chapter of Alcoholics Anonymous meeting looks like.

That’s what passes for news around here as the 2017-2018 legislative session winds down.  We will be back next week with the play-by-play and the color, because we multi-task around here.  From all your friends at Triad, have a great weekend!