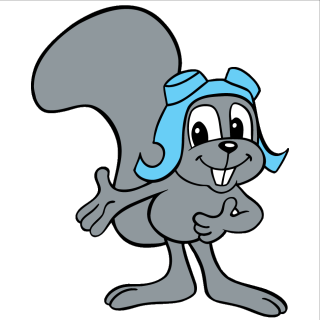 Hurricane Michael made landfall in the Florida panhandle this week, causing wholesale destruction along the coastline and into Georgia. By the time it was downgraded, the Category 4 storm had become one of the strongest in U.S. history.  Our prayers go out to all those affected, as well as the first responders on the ground.

If you would like to lend a hand to those left in the wake of Michael, simply text REDCROSS to 90999 on your smartphone to make a $10 donation.

President Trump this week brought his arena-rock show to Erie, where he rallied the faithful for Congressman Mike Kelly, as well as gubernatorial hopeful Scott Wagner and senate hopeful Lou Barletta.  Say what you want about the president (and we know you will), he knows how to throw a rally.

The next day, Kim Kardashian’s husband visited Trump in the Oval Office and did something no other human had ever done: rendered the president (and to be fair, the rest of us) speechless.

The race for Congress in Pennsylvania’s first district has become a race to see who can be more “gun-control-y,”  we learned this week.  The 2018 General Election is not going to be your father’s election day. It’s not every day you see candidates who don’t live in Philly fight over who can run away from the NRA faster.

On that note, Tuesday marked the last day to register to vote in Pennsylvania, so if you didn’t make it across the finish line, you officially need to shut up until 2019.  No Tweets, Facebook posts or random rants about Nancy Pelosi at the grocery store.  Zip it.  We don’t make the rules around here, we just write about them.

Gov. Tom Wolf has now entered the ball-control portion of his campaign, at least according to our own Michael Manzo.  The Wolf team is doing the “three-yards, cloud-of-dust, rinse-and-repeat” campaign as he maintains a large lead in both cash and polling numbers.  You can read Manzo’s and others’ thoughts on Pennsylvania’s downright sleepy gubernatorial race here.

Wolfs challenger Scott Wagner this week announced that, after pouring 10 million of his own clams into his quest for the Big Chair, he’s all tapped out.  This leads us to believe that Mrs. Wagner has seen the household checkbook and promptly whacked Mr. Wagner in the noggin with it.

Wolf’s running mate, John Fetterman, has been hauling his six-foot, eight-inch frame to Pennsylvania’s rural counties, where Democrats are not exactly abundant.  If there is a candidate in the race who is matching Wagner mile-for-mile, its Fetterman.  The Ballad of Big John just may be coming to a state Senate floor near you.

Some actual policy work got done this week, as a new anti-hazing law is inching closer to Governor Wolf’s desk.  The bill came on the heels of the hazing death of Penn State student Anthony Piazza, and is the top priority of Senate Floor Leader Jake Corman.

Harrisburg is also inching closer to having a tax compromise in place that will allow it to generate some revenue while losing the dreaded Act 47 designation.  We have recommended that, as part of the compromise, the city will have to pledge to keep all three lanes of Second Street open during morning rush hour from now to eternity.

Pennsylvania’s wee ones are about to have some of the nagging fear of standardized tests lifted from their fragile shoulders, as the Senate is ready to pass a bill to give students other ways to get to graduation day.  Teachers are also breathing an audible sigh of relief across the Commonwealth.

Sports betting is coming to Pennsylvania, and for those who may be unaware, your friendly neighborhood casino will likely offer those services to you right through your smartphone or computer. Gone are the days of having to go to a casino and sit at the sports book, sipping a cold beer and eating nachos while watching six NFL games simultaneously on flat screen TVs the size of Rhode Island.  Or, you can still do that.  Your call.

Governor Wolf once again threw cold water on marijuana legalization advocates this week, saying he is nowhere near ready to sign legislation to do so.  Check back with us when the General Assembly is staring at a multi-billion-dollar deficit and is looking anywhere for cash (i.e. next year.)

Because we have reached peak vitriol levels this campaign season, we thought we would take a time out, step out of the political hellscape and share a story of how the Philadelphia Free Library is helping kids learn to read with a little help from therapy dogs.  Because doggos can fix everything.

The story dovetails nicely into our We Can’t Make This Up segment this week, where an Orlando, Florida woman was kicked off a flight for boarding the plane with her “emotional support squirrel.” The woman at one point screamed “you will not take my baby from me” and then flipped off onlookers as she was escorted out of the airport. To be fair, Orlando is kind of famous for worshipping a giant black rat, so a squirrel isn’t much of a stretch.

That’s what passes for news around here as autumn finally arrives in central Pennsylvania, meaning that it will probably snow sometime next week.  From all your friends here at Triad, have a great weekend!