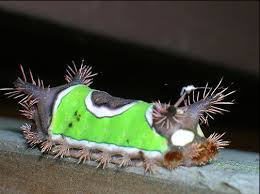 This will be the final weekly wrap to emanate from Triad’s Old World Headquarters, as we prepare to move into our new digs.  Henceforth, you can direct your ancient paper-type mail (especially checks) to our new address at 300 North Second Street, 6th Floor, Harrisburg, PA 17101.  Or you can continue to e-mail and text us all hours of the day like normal. Now for the news!

President Trump this week threatened to use the nation’s military to “close our southern border,” or to perhaps start a war with Honduras, we are not really sure.  As the midterms get larger in the windshield, expect the POTUS to talk a LOT about immigration, which he believes will motivate his base to vote.

Trump’s threat was in response to a large migrant caravan that is approaching the U.S./Mexico border as we speak.  The caravan, according to Trump, was organized and funded by the Democrats, who are all itching to vote for Beto O’Rourke, we assume.  Pretty crafty move, Soros.

You know who doesn’t have a border control problem?  Nebraska, a state that recently unveiled a bold new tourism slogan: “Nebraska. Honestly, it’s not for everyone.” Truer words may have never been spoken, our cornhusker pals.

Because we haven’t heard much lately from Steve Bannon, we thought today would be a good day to tell you that he is worried sick that women are poised to take over society and undo 10,000 years of civilization (his words, for real.) You hear that, women? Pretty exciting stuff! As you destroy civilization, can we humbly ask that you start with Fortnight?

This week marked the end (we think) of the 2017-2018 legislative session in Harrisburg, a week that will probably be remembered more for what didn’t happen than what did.  A plan to amend the statute of limitations on child sex abuse (spurred by the Catholic Church scandal) hit a brick wall in the state Senate this week.  Questions over the constitutionality of the plan scuttled it in the final hours, leaving both sides rather angry.  There was a whole lot more heat than light shed this week, and we expect the issue to be Job One when the legislature returns in 2019.

Late yesterday, as if on cue, the U.S. Justice Department rolled into Pennsylvania and slapped subpoenas on seven of the Commonwealth’s eight Catholic Dioceses.  Like we said, Job One.

Ah, but more than a few bills are currently awaiting the governor’s signature (or veto) after this week’s flurry of activity.  A strong new anti-hazing law is now on the books, so attention college students: you can still have lots of fun in college and be responsible human beings while doing so.  If you don’t believe actions have repercussions, we encourage you to read this law before someone reads you Miranda rights.

Also coming to a Pennsylvania Consolidated Statute near you is a new law that will punish the crap out of people who lock pets in hot cars, as well as remove liability from law enforcement for any damages done to a car by smashing windows open to rescue said pets.  We strongly believe that the smashing of windows should be mandatory, as well as a provision to knock the perpetrators on their heads with a ball peen hammer.

People who get nabbed for DUI a third time, in addition to being complete boneheads, will now be facing much tougher penalties thanks to a bill that our good friend Sen. John Rafferty steered through the General Assembly this week.  Three times is not a charm, folks.  Lay off the throttle if you are hittin’ the bottle.

For a rundown of the sixteen major issues that the legislature addressed, check out our friends at Pennlive.com.

Now that the messy business of legislating is over, we can all turn our attention to politics and campaigns.  As residents of central Pennsylvania, we rarely get treated to any sort of congressional campaign that matters, but that seems to be changing this year.  Down in the 10th Congressional District, Congressman Scott Perry has an actual challenger, George Scott, and the latter Scott is making it a real race.  Great Scott!

Meanwhile, Gov. Tom Wolf has gone into “closing arguments” mode as he continues to cruise along in his quest for re-election.  Barring anything seriously out of the ordinary (like Pennsylvania being invaded by Ohio or something), it looks like his Jeep will be parked on the Capitol Plaza for four more years.

Wolf’s opponent, Scott Wagner, took a little time this week to remind us that he is not violent, but rather passionate about Pennsylvania. We are glad he cleared that up, and we hope he’s wearing sneakers or loafers for the next seventeen days.

Pittsburgh has been named the Best City in America for Jobs, according to a publication called Glassdoor, which we admit we had never heard of until we saw it on Mayor Bill Peduto’s Twitter feed.  Good on ya, Pittsburgh!

Our Shameless Client Plug this week goes out to our friends at The College Board, who on Monday announced they will be handing out $25 million in college scholarships over the next five years.  Bravo, College Board!

In our We Can’t Make This Up segment this week, we stay right here in Pennsylvania to tell you that the Commonwealth now has poisonous caterpillars roaming the woods, courtesy of Canada. Now might be good time for Trump to send troops to the northern border instead.  Thanks, Canada, we appreciate you sending us your killer worms!

That’s what passes for news around here as we say goodbye to 116 Pine Street this afternoon.  We will be back next week if our computers don’t somehow get lost in the move.  Until then, from all your friends at Triad, have a great weekend!