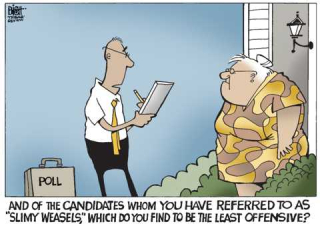 People all over the world watched in horror Saturday as Pittsburgh became the latest city to join the list of communities that have experienced domestic terrorism. If you didn’t know before Saturday, Pittsburgh is strong. Stronger than steel, stronger than hate.

If you or anyone you know is suffering from trauma or just needs someone to talk to after Saturday’s horrific attack in Squirrel Hill, our friends at Magellan Health have set up a hotline and will provide free counseling services.

The U.S. economy has made it clear to everyone that even a terrible hurricane will not stop its momentum. The October jobs report was released today, and the economy added 250,000 more jobs, marking a historic 100 straight months of positive growth. Could this report be the wind in the GOP sails as the midterms approach?

President Trump spent almost the entire week focused on immigration, suggesting at one point that he could end birthright citizenship with an executive order. House Speaker Paul Ryan quickly debunked that idea, bringing a stinging response from the POTUS. We assume Ryan and his colleagues would much rather be talking about that aforementioned jobs report today, that’s for sure.

A week before the midterm elections, and we finally have some policy disagreements to report on in the Pennsylvania gubernatorial race. First, the Squirrel Hill attack shined a light on a major difference between Governor Wolf and Scott Wagner, and that is their respective positions on capital punishment. Wagner is a big supporter, and Wolf has placed a moratorium on using the death penalty in Pennsylvania. It has been a while since the death penalty played any role in gubernatorial campaign politics, so stay tuned.

We also heard two very different plans on how to keep schools safe from gun violence, as Wolf touted the unprecedented money for school safety he secured in his last budget, while Wagner wants to arm school guards and called for (yup, common thread coming your way) the death penalty for anyone perpetrating gun violence in schools.

The third time was not a charm for GOP leaders in PA, as they failed once again to get the U.S. Supreme Court to overturn the congressional maps that were foisted upon them earlier this year by the PA Supreme Court. Looks like you gotta play the cards you got dealt on this one, fellas.

A new report this week found that an astounding 55 percent of Pennsylvania public schools do not employ even a single, solitary teacher of color. We have an idea – maybe take a tenth of the energy we expend talking about how to fairly reorganize PIAA high school football classifications and start thinking about diversity.

This just in to Triad World Headquarters: Oprah Winfrey will not be running for president in 2020, dashing our dreams of hearing Democrats make the the argument that we should definitely elect a billionaire TV personality with no political background as president. Oh, the fun we could have had.

Speaking of billionaires, Michael Bloomberg this week decided he will not be spending the millions he promised to spend to help Philly-area congressional candidates get elected. Bloomberg has somewhat of a history of promising big political dollars and then ghosting at the last minute. Ask all those Chicago elected officials he was going to beat when they voted to repeal that city’s soda tax. Go ahead, ask them. They are still in office, they should be easy to find.

We have officially entered the “celebrity endorsement” phase of the 2018 elections, as President Trump announced that legendary Indiana University basketball coach Bobby Knight will be joining him at a rally.   A word of caution: don’t get Knight riled up, he will throw a chair at you.

On the Democratic side, Hamilton the Musical actor Leslie Odom Jr. will be in south-central Pennsylvania stumping for George Scott, who is looking to unseat incumbent Scott Perry. It will be better than Cats.

Joining Odom will be everyone’s favorite celebrity, Joe Biden. Biden, it turns out, will be coming back to Pennsylvania after the election to raise money for outgoing Congressman Bob Brady, who is now hinting that he may consider trying to knock off U.S. Senator Pat Toomey, who isn’t up for re-election until 2022. Nothing like an early start.

A conservative pollster this week released three new polls that sent chills down the spines of GOP operatives in PA. The polls showed that three fairly reliable Republican districts represented by Perry, Lloyd Smucker and Mike Kelly are all in danger of turning blue. Should that be the case, Nancy Pelosi should buy everyone in Pennsylvania a Christmas gift.

In our We Can’t Make This Up segment this week, we take you to Kansas City, MO, where a candidate for the state House is being publicly and vocally opposed by his own children, who are begging people not to vote for their dad. Daddy, they say, is a homophobe and a racist, while he maintains they are the product of a bitter divorce. Wow, bitter divorce huh? You don’t say.

That’s what passes for news around here as we wait breathlessly for Tuesday, Nov. 6. We will be back with a recap of all that action next Friday. Until then, have a great weekend and remember to vote!