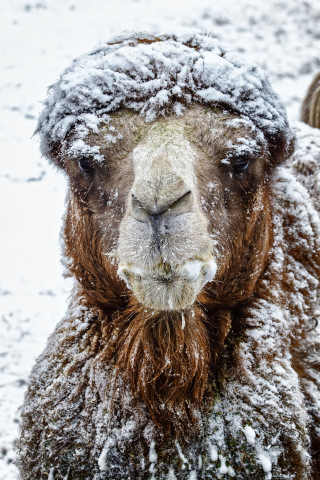 Pennsylvania got whacked by Winter Storm Avery on Thursday, snarling traffic and shutting down air travel. Most meteorologists missed the intensity of this storm by a mile. Original estimates called for up to five inches of the white stuff, while in reality, some parts of central Pennsylvania got anywhere from 7 to 12 inches of snow. So naturally, everyone in the Commonwealth blamed PennDOT. Readers note: “12 Inches of Snow” was also, coincidentally enough, the title of the debut album from Canadian rapper/reggae artist “Snow.”

The storm was also bad enough in New Jersey to prompt former Gov. Chris Christie to complain that his commute home took him five hours, prompting every, single person on Twitter to ask him if random bridge closings had anything to do with his delay. Twitter can be brutal, Chris.

Amazon finally announced the co-winners of the “HQ2” beauty pageant, with northern Virginia and New York City splitting the trophy. So much for affordable housing and access to quality mass transit being the keys to the kingdom. But kudos to Philly and Pittsburgh Mayors Jim Kenney and Bill Peduto for making to finals.

After the winners were announced, we found that Pennsylvania and its two cities had offered up about $4.6 billion in tax incentives to try and lure Amazon to the Keystone State. This, of course, led critics to characterize the incentives as suitcases full of cash, which they decidedly were not. But why let facts get in the way?

President Trump’s ongoing trade kerfuffles have apparently given us all a Christmas gift for which we should all be thankful. The War on Chicken Tariffs has driven down the price of pork so much that bacon prices are plunging. Making breakfast great again!

Gov. Tom Wolf this week laid out his second-term agenda, and reforming gun laws is near the top of the list. That’s a mighty big rock you’ve chosen to roll up Capitol Hill, governor.

U.S. Sen. Bob Casey Jr., meanwhile, is setting his sights on infrastructure funding during his next term, which is always heartening to hear but never seems to come to fruition. Maybe 2019 is the year we finally stop kicking that worn-out can down the heavily-damaged road.

Before we leave the topic of Mr. Casey, he also raised some eyebrows Thursday when he told NBC News that he is considering a presidential run. Should Casey throw his hat in the ring, expect Washington talking heads to mention abortion once or five million times, as if he has no other positions of import.

And while Casey focuses on infrastructure funding in Congress, that topic is also at the top of the list for our good friend Bob Latham of the Associated Pennsylvania Constructors (Shameless Client Plug!)  You can check out his YouTube comments right here.

Back in Harrisburg, Lancaster County’s state Rep. Bryan Cutler is poised to assume the role of House majority leader, which as we all know is not only one of the most powerful positions in Pennsylvania government, but is also arguably the craziest job he will ever have unless he becomes White House chief of staff. Good luck, Bryan, we are sending antacids your way!

When it came to leadership elections on the House Democratic side of the aisle Tuesday, the Philly delegation flexed some serious muscle, electing three members to the seven-member team, including Rep. Jordan Harris’ elevation to the No. 2 slot, minority whip. We will save some antacids for you, too, Jordan!

After the Pennsylvania General Assembly took some major steps on criminal justice reform this last year, it looks like Congress is about to follow suit, as President Trump this week backed a bipartisan plan to reform sentencing and incarceration laws. Reaching across the aisle; how refreshing!

Of course, not all is quiet in D.C. this week, as the incoming House Democratic majority is fighting like cats in a burlap sack over whether Rep. Nancy Pelosi should be elevated to speaker of the House in January. Because… well, Democrats.

Pennsylvania’s Department of Education has released a new online tool that will help you evaluate how your school district stacks up against the other 499 in the Commonwealth. So before you head off to the next school board meeting to vent your spleen, do a little research first, will you?

We have one more shout-out to our friends this week, this time to the fine folks at Domus Construction, who will have a big hand in the renovation of the storied Metropolitan Opera on Broad Street in Philadelphia. Bravo!

This week’s We Can’t Make This Up segment poses a question, not of whether a camel can go through the eye of a needle, but rather through the eye of a snowstorm. Apparently, no. A camel named Einstein was to be delivered to an event in Philadelphia when his chauffeur became stuck in Thursday’s storm on Route 309 near Souderton. Einstein was released from his trailer for fear of a rear-end mishap and briefly strutted around, well, like he owned the place. Alas, after getting the trailer back on the road, the driver decided it best to deliver the dromedary back to the Peaceable Kingdom Petting Zoo instead of continuing to Philly.

That’s what passes for news around here in snow-covered Harrisburg! Be sure to come back next week when we ruminate further on ruminants and pseudo-ruminants (go ahead, look it up). From all your friends at Triad, have a great weekend!