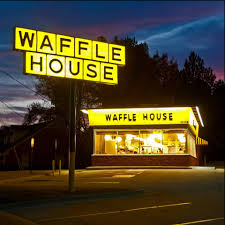 Happy Friday, good readers! Welcome to the post-election edition of our weekly wrap! We ran down all of the results for you on the Triadvocate this week, so we are gonna spare you all the gory details and cut to the chase: Governor Wolf won big, as did Sen. Bob Casey Jr. The state’s congressional delegation is now a nine-nine partisan split, and both the state House and Senate Democrats picked up seats, but not enough to take the majority in either chamber. At this point, you can safely turn your TVs on again, at least until the 2020 presidential election campaign, which starts in 10 minutes.

Tom Wolf became the first governor in Pennsylvania since 1968 to be elected twice while losing his home county each time. Not that it mattered to Wolf, who ran up an impressive 16-point victory over fellow York Countian Scott Wagner. Wolf enters his second term with a more manageable partisan balance in each chamber, as well as a pretty impressive electoral mandate.

On the national scene, a huge voter turnout helped the Democrats reclaim control of the U.S House, but we would be remiss if we did not point out that President Trump helped the GOP expand its Senate majority by relentlessly rallying and campaigning in red states. We now have the divided government that we all say we want, until we actually have it.

The ink was not yet dry on the new House Democratic majority in Washington when the talk on CNN went immediately to President Trump’s tax returns. Yup, that was exactly why the Democrats flipped 35 seats. It had nothing to do with health care, we are sure.

Speaking of health care, Obamacare has once again escaped the congressional GOP knife based on Tuesday’s results. If you would have predicted on election night 2016 that the Affordable Care Act would be intact today, we would have suggested that you had a pre-existing mental condition. In short, don’t expect the Obamacare repeal to be high on Speaker Nancy Pelosi’s list of “to-do” items.

In a weird glitch, Democrat Susan Wild will be sworn in to represent the new Seventh Congressional District, but not before her vanquished opponent, Marty Nothstein, heads to Washington to be sworn in to complete the term of former Congressman Charlie Dent, who resigned early. The special election to fill Dent’s old seat (under the old boundaries) was held concurrent with the General Election. Memo to Nothstein: don’t rent a house.

A dead brothel owner was elected to a U.S. House seat in Nevada because, well, it’s Nevada.

And of course, no election would be complete without Florida screwing everything up and ending up in a recount. You keep on doing you, Florida. Practice up for 2020, when we have no doubt you will screw up the presidential election, too.

Democrats across the country passed out cold Thursday after it was reported that Supreme Court Justice Ruth Bader Ginsburg had fallen and broken three ribs. By the time Democrats regained consciousness Friday, RBG had already recovered, ridden her bike and written three scathing dissents. The 85-year-old is currently resting quietly, or perhaps wrestling an alligator.

Not terribly satisfied with the narrative coming out of Tuesday’s elections, President Trump on Wednesday forced the resignation (read: fired) Attorney General Jefferson Beauregard Sessions. We are sure it was perfectly normal, and nobody even noticed, which is why we thought we would mention it.

The Keystone XL pipeline has been scuttled yet again by a U.S. Circuit Court judge. Remember 30 or 40 years ago when newly-elected President Trump signed an executive order to build that thing? Yeah, neither do we. At this rate, we will be celebrating (or protesting, depending on your particular view) the 10th anniversary of the border wall before ground is even broken on that pipeline.

There were some perfectly normal newsworthy items this week that had nothing to do with elections. One of them (Shameless Client Plug Alert!) was the big announcement from Pocono Raceway about the first-ever airshow coming to the track in August. Check it out!

In our We Can’t Make This Up segment this week, we take you to Alabama, where a man with no pants fell through the ceiling of a Waffle House during a botched robbery attempt. The man then fought with patrons before leaving the scene, and his wallet, pants and driver’s license, behind. By the way, what the hell are you trying to steal at a Waffle House? Those places flush with cash all of a sudden?

That’s what passes or news around here as we unpack it all, take a deep breath, and prepare for 2019. From all of your friends at Triad, have a great weekend!