Here is your Election Day 2018 recap from your friends at Triad Strategies. 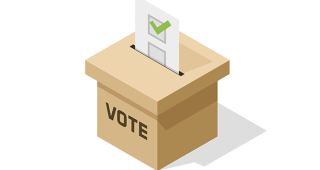 Governor Wolf cruised to a second term, defeating Republican Scott Wagner by a 58%-41% margin.  Wolf will have a new Lieutenant Governor as he enters his new term, as Braddock Mayor John Fetterman won a Primary victory in May over current Lt. Governor Mike Stack.

In the state Congressional Delegation, the GOP entered the night with a 13-5 partisan edge, but a 2017 lawsuit against the Congressional maps yielded a fresh set of maps, and the Democrats took advantage.  At the end of the night, the Democrats had won the 4th, 5th, 6th, 7th and 17th Congressional Districts, while the GOP won the 14th.  The Pennsylvania Congressional delegation is now split 9-9, with an historic four women heading to Congress from the Keystone State.

The GOP entered the night with a 33-16 advantage with one vacancy (Scott Wagner’s former seat), and the Senate Democrats did their best to close the gap.  In the SD-10, Democrat Steve Santarsiero beat State Rep. Marguerite Quinn, flipping the Bucks County seat.  In the 12th, Maria Collett won a victory over Stewart Greenleaf Jr. to capture the Montgomery/Bucks seat.  The Delaware County-based 26th also went blue, as incumbent Tom McGarrigle lost to Tim Kearney.  The Montgomery/Chester 44th saw first-time candidate Katie Muth unseat John Rafferty.  Out in the suburbs of Pittsburgh, Democrat Lindsey Williams squeaked by Jeremy Shaeffer in the 38th to pick up another flip.  As of this writing, another Bucks seat, the 6th, is too close to call, with incumbent Robert “Tommy” Tomlinson holding a 100-vote lead over State Rep. Tina Davis, who also ran concurrently for her old House seat, capturing it easily.

In the end, the Senate GOP now holds the upper chamber 27-21, with an open seat in SW PA (vacated by now-Congressman-elect Guy Reschenthaler) and the 6th too close to call.

The GOP entered the night with a commanding 121-79 lead, with three vacancies in traditionally Democratic seats.  There will be a fourth Democratic seat vacancy on November 28th when current State Rep. Vanessa Lowery-Brown in sentenced for her bribery conviction, while two existing vacancies were filled on Election Night.

The Democrats were successful in unseating the following incumbents:

A final seat, the 49th  (Fayette/Washington), currently held by GOP State Rep. Bud Cook, is too close to call and will likely go to ballot challenges.

That leaves control of the House still firmly in the hands of the GOP at 109-91, with two vacancies (a third if State Rep. Tina Davis wins the contested Senate seat in Bucks) and a contested seat in Fayette County still to be decided.