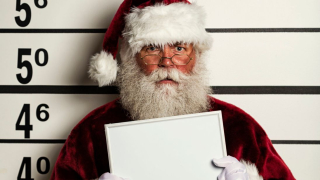 President Donald Trump this week hosted incoming House Speaker Nancy Pelosi and Senate Minority Leader Chuck Schumer (along with a VERY relaxed Vice President Mike Pence) at the White House for a spot of tea and some policy talk. It was a very cordial affair and nothing controversial happened. 2019 is going to be a breeze, folks.

Also this week, Trump’s former lawyer, Michael Cohen, was sentenced to three years in prison for “a smorgasbord of criminal acts.” It has become clear, however, that Cohen intends to do quite a bit of talking before he becomes a guest of the feds in March.

Congress is wrapping up its two-year session by doing a bunch of things that could have been done in the preceding 23½ months. First up was a bipartisan farm bill, which had lots of goodies for our friends in agriculture but none of the “take away your food stamps” stuff, much to the dismay of some folks who thought the latter would be a dandy Christmas gift to poor people. Maybe next year.

Next up for those crazy congressional kids appears to be a bipartisan compromise on prison reform that could, among many other things, free up to 4,000 non-violent offenders immediately and, by pure coincidence, cut Michael Cohen’s sentence by about a third.

A western Pennsylvania lawmaker this week said he intends to introduce legislation to allow municipalities to regulate firearms. The bill would allow cities to ban assault weapons and other firearm-y things, while at the same time being most certainly unconstitutional. But hey, we haven’t had a rip-roaring gun debate in a while, so buckle up.

A top state senator this week said he will work this coming year to help municipalities clean debris from streams and creeks so that they don’t flood every ten minutes. It seems this is a commonsense approach to stream protection that doesn’t involve state overreach and lawsuits.

The Commonwealth of Pennsylvania is likely to end the fiscal year with a surplus as revenue collections are running about $900 million above estimate. This is great news for anyone who would rather not spend July and August watching lawmakers stare at each other.

Governor Wolf traveled the state this week handing out free Narcan to communities that have been wracked with overdose deaths. A reminder to all during the holiday season: addiction doesn’t take holidays off.

Wolf also this week announced he is launching a new home care advisory committee that will allow the 20,000 or so home care workers in the state to have a say in their working conditions and the future of their industry. It sounds so innocuous that there was actually a lawsuit to try and prevent it from happening. Because, well, Pennsylvania.

Swearing-in day for the Pennsylvania General Assembly (Jan. 1, 2019, for those playing at home) is usually a quiet, ceremonial day filled with flowers, family and food. The proceedings in the state Senate next month might be quite a departure, however, as the GOP majority may refuse to seat an elected Democrat from the Pittsburgh suburbs, citing her residency status as an issue. Is the 2018 General Election ever going to end?

There were e-mail bomb threats made across the nation Thursday, including some right here in Pennsylvania. It is hard to describe the level of depravity it takes to scare the hell out of people while simultaneously making law enforcement personnel run around for no reason, but that’s where we are in this new cyber-world.

Even though Amazon left Pittsburgh at the altar, Apple announced this week that it will soon be expanding in the Steel City, bringing with it hundreds of jobs. And nobody had to beg them to do it, either. Have fun on the New York City subways, Amazon!

Vitaminwater is offering $100,000 to anyone who can go a full year without using a smart phone. Neat idea. We saw a homeless person near the parking garage this morning who did not have anything to eat, much less a smartphone. We are sure he’d be happy to have that 100K. Problem solved.

Our Shameless Client Plug this week goes out to Independence Blue Cross CEO Dan Hilferty, who was named Most Admired CEO by the Philadelphia Business Journal. A top man doing a top job, indeed!  Congratulations, Dan!

In our We Can’t Make This Up segment this week, we take you to merry old England, where Brexit wasn’t the only controversial item on the menu. When fire alarms went off at an event with Santa Claus, Old Saint Nick tried to get the children to safety by ripping off his beard and yelling “Get the f*** out!  Listen, we understand the profanity, but did he need to rip the beard off? Have some decency, these children are scarred for life now.

That’s what passes for news around here as we draw closer and closer to the end of a tumultuous 2018.  We will do this thing of ours one more time next Friday before we release you until the new year. From all your friends at Triad, have a great weekend!