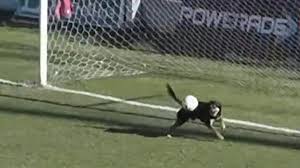 The nation paused this week to honor the life of former President George H.W. Bush, who was laid to rest on Thursday. It was a nice, if fleeting, reminder of how genteel our politics used to be around here, as Democrats and Republicans came together and didn’t whack the crap out of each other in the process.

The U.S. economy is cooling a bit in the final months of 2018, as the November jobs report showed the creation of 155,000 new jobs, down from previous months. Hey, every car needs to downshift from time to time or you’ll blow the engine up. Trust us on this one.

Oddly, even though the economy has added jobs nonstop for eighty or so months, the use of food stamps is increasing in Pennsylvania, leading us to believe that maybe some of the jobs we are creating don’t really pay all that much. Paging minimum wage increase supporters; your table is ready.

There was some troubling news on the climate change horizon, as carbon emissions worldwide have jumped by 2.8 percent in 2018. Before we go ahead and blame it on China or Iran or Uzbekistan, it is important to note that the jump in the U.S. alone was 2.5 percent. Stop emitting, people.

Speaking of emissions, some lawmakers are targeting 2019 as the year of action on bailing out the Commonwealth’s nuclear industry. For those keeping track, our seven nuke plants emit somewhere between zero and zero tons of carbon each year. And they generate lots and lots of electricity, some of which can be used to power your non-carbon-emitting electric car.

Pittsburgh Mayor Bill Peduto is taking the lead on rallying his fellow big-city mayors to do something – anything, really – to curb gun violence. Given what he and his city have had to endure in the past month, he brings some street cred to this game.

County commissioners across Pennsylvania are gearing up to replace all voting machines before 2020, which is giving some of them a bit of fiscal agita. So far, the state has signaled it could pick up roughly half the cost, which would be a pretty nice Christmas gift to the commissioners.

The courts this week struck down a piece of a recent law that taxed and expanded the sale of fireworks in Pennsylvania. Relax, you will still be able to blow your fingers off if you choose, but you’ll no longer be allowed to buy explosives from some shady dude named Larry selling them from a tent in the Sunoco parking lot.

Governor Wolf this week unveiled a new nonpartisan commission on redistricting reform, a move that was cheered by legislative Democrats and roundly booed by the GOP. Nothing – we repeat, NOTHING – is more partisan and polarizing than the drawing of legislative and congressional district boundaries.

A new report from Penn State this week showed that 11 million Pennsylvanians (read: damned near all of us) do not have access to adequate broadband connectivity as defined by the federal government. This blows apart an older report that pegged the number of non-connected residents at around 800,000. As such, we will not embed any videos for you to download in this week’s report.

Pennsylvania is in a full-blown crisis when it comes to recruiting and retaining firefighters and EMS workers, we were informed this week. This is not good news if 1) your house is on fire or 2) you are experiencing chest pains. Lawmakers are likely to make this issue a top priority in 2019.

Are you looking to buy a house with a pool in Fort Indiantown Gap? You may be in luck, as incoming Lt. Gov. John Fetterman does not intend to reside at the Lieutenant Governor’s mansion for the next four years. No word on what the Commonwealth plans to do with the property in the interim, although turning it into a nice Wawa wouldn’t hurt.

If you are holding your breath waiting for the General Assembly to legalize recreational marijuana, go ahead and exhale, Cheech. It’s not gonna happen anytime soon. And for those who say, “Look how fast they legalized medicinal pot!” we would simply remind everyone that it actually took seven years.

We send a shout-out this week to our friend Rick Ebert who was just recently re-elected to serve a third term as the head of the PA Farm Bureau, the 62,000-member organization that makes sure you have enough to eat. Great work, Rick. We, too, enjoy food.

In our We Can’t Make This Up segment this week, we take you to Argentina (who doesn’t cry for us), where an athletic pooch invaded the pitch during a soccer match, making an incredible save along the way. The team fired its goalie and signed the dog to a multi-year contract.

That’s what passes for news around here on a blustery December Friday. Check back with us next week as we unearth more riveting political news. From all your friends at Triad, have a great weekend!