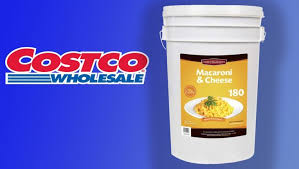 The federal government shutdown will reach 22 days tomorrow, barring a miracle. By doing so, it will officially become the longest shutdown in the nation’s history. The Coast Guard is telling its employees to hold garage sales to recoup lost income, which would be funny if it were not completely insulting.

Meanwhile, President Trump is readying plans to declare a national emergency, so he can bypass Congress to secure his wall funding. The fake news liberal Wall Street Journal has a sobering piece out today explaining how establishing this precedent may, theoretically, be used by a future Democratic president who decides that climate change or income inequality, for instance, could be a national emergency. Just a cautionary tale, folks.

Gov. Tom Wolf will be sworn in to his second term next week, and if you happen to be attending the soiree, here is what’s on the menu if you are not too busy watching Philly’s own The Roots blow the lid off the joint.

Also being sworn in will be Lt. Gov.-elect John Fetterman, who will immediately be tied for the tallest lieutenant governor in the nation. Get your popcorn ready as he begins his four-year tenure of residing over the state Senate.

Speaking of Wolf, this week he announced the awarding of $1 million for his “It’s on Us” campaign to combat sexual violence on college campuses. Kudos to Team Wolf on moving the ball forward on an important issue.

Wolf also this week announced that he has signed an executive order establishing goals to reduce greenhouse gas emissions in Pennsylvania, which have fallen quite a bit already since the passage of the state’s Alternative Energy Portfolio Standards Act 14 years ago.  Now comes the fun part: how do we get there?

There are 14,000 Pennsylvanians currently renting their properties through Airbnb, generating around $120 million annually. This is apparently grinding the gears of those in the hotel industry. Kind of reminds us of the arguments we heard when we brought Lyft into Pennsylvania. The times they are a-changin’, Mr. Marriott.

The killjoys at some outfit called the Volcker Alliance have come out with grades for all 50 states based on how well they budget. Pennsylvania got a D-minus, which we assume means that Pennsylvania will have to go to budget summer school, or perhaps repeat the 2018 budget, God forbid.

Pittsburgh Mayor Bill Peduto’s plan to regulate firearms in the City of Pittsburgh did not sit well with gun rights activists, who descended on the Steel City this week. Peduto was called, among other things, a “traitor” and a “commie” according to news sources. Because we unfortunately happened to be walking down Grant Street during that rally, we can assure you there were many other, unprintable names that he was called. For his part, Peduto seems nonplussed.

The changing of the guard in Congress has radically boosted the fortunes of Philadelphia, we learned this week. Two Philly congressmen, Rep. Brendan Boyle and Rep. Dwight Evans, have landed coveted spots on the House Ways and Means Committee. So if there is a way, Philly now has the means to get there!

The drumbeat against the Philly Soda Tax went national this week, as the aforementioned Wall Street Journal pointed out – yet again – that the levy unfairly targets the poorest citizens. If anyone thought the fight against this tax ended last year, it is likely that they have been adding alcoholic beverages to their soda.

Congratulations – we think -- to our valued client and good friend Ralph Vartan for being named chairman of the new panel that will oversee Harrisburg’s finances! If anyone can untangle that particular Gordian Knot, its Ralph!

Another Shameless Client Plug goes out to our pals at Pocono Raceway, who are donating proceeds from race day ticket sales this year to the Pocono Mountain Regional Police Department’s K-9 program.  Buy a ticket and help feed Creed and Helo!

And we also send a hearty congratulations to Sheryl Lee Ralph, the better half of state Sen. Vince Hughes, for her new television series premier!

In our We Can’t Make This Up segment, we take you to any Costco in the country, where you can now, for some ungodly reason, buy a 27-pound tub of mac-n-cheese that has a shelf life of 20 years. The tub of death also comes with a do-it-yourself home angioplasty kit.

That’s what passes for news around here as we roar into 2019 with hopes, dreams and legislative policy goals. We hope you stick around with us all year as we ride this crazy rollercoaster called Pennsylvania government. Tell your friends about us, too! From all your pals at Triad, have a great weekend!