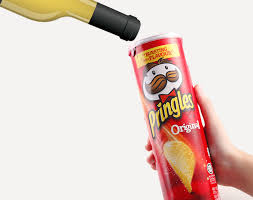 It is with incredible sadness that we at Triad Strategies mourn the passage of Karen Coates and send our deepest condolences to her family, friends, colleagues and to House Speaker Mike Turzai. Rarely will you find the blend of toughness, tenacity, fairness and honesty that was Karen. The Commonwealth has suffered a great loss. Rest in peace, Karen.

Earlier today, Governor Wolf issued a State of Emergency due to Winter Storm Harper, which is roaring toward the Commonwealth as you read this missive. This looks like it could be a tough one, so get your bread, milk and other necessities and hunker down, people. Don’t imperil our first responders because you feel the need to drive to your local tavern because you’re bored.

President Donald Trump and House Speaker Nancy Pelosi continued their Rocky Balboa vs. Apollo Creed impersonations this week, taking turns stealing each other’s thunder over the government shutdown.  “You can’t give your speech!” “Fine, you can’t use the airplane!”

Meanwhile, the U.S. economy is starting to take a hit because of the shutdown, with economists fearing there could be a slowdown in economic growth. This would be the dumbest self-inflicted wound in the nation’s history.

During a House vote on a government funding package, a GOP congressman was caught yelling “Go back to Puerto Rico!” at Democratic Congressman Tony Cardenas. He later apologized for the outburst. It should be noted that Cardenas is, in fact, of Mexican descent.

Bob Casey this week put an end to all speculation that he might challenge Trump in 2020 and announced he plans to stay in the U.S. Senate. As such, we can retire our unofficial Casey for President campaign slogan: “Casey: Quiet Competence in 2020.”

Pennsylvania Congressman Tom Marino has decided that three weeks of congressional work is enough for him this year and announced he will leave Congress for the private sector. This move will trigger a special election for his seat, which will probably be won by a sitting PA House or Senate member, which will trigger a special election. This may be the Year of the Special Election in Pennsylvania.

Philadelphia Councilwoman Blondell Reynolds Brown announced this week she will not seek re-election for a sixth term. She will be sorely missed in City Hall. Good luck, Councilwoman!

Pennsylvania Gov. Tom Wolf and his running mate, John Fetterman, were sworn in this week with all of the pomp and circumstance one could handle. Wolf sounded both conciliatory and pragmatic in his inaugural address, which shows that Pennsylvania, at least, hasn’t been infected by Washington D.C.-itis. Everyone ate, drank, reveled and danced the night away. Now get back to work.

The state’s casino industry broke a record in 2018 by generating $3.2 billion in revenue, and that is without the approved mini-casinos and the rollout of online gaming happening now. And with that, it is hard to envision the state ringing any more loot out of that industry when budget shortfalls inevitably happen. Look under some other couch cushions, people.

But wait! We may never see the full impact of online gaming because, once again, the U.S. Justice Department has re-re-reinterpreted the Wire Act and decided that online gaming is illegal. Expect many lawsuits over this issue now that casino mogul and I-gaming hater Sheldon Adelson has his long-awaited victory over those damned kids and their Interwebs!

The Pennsylvania House Democratic whip’s office has unveiled the Whip Squad, which by the looks of this photo is ready to whip it, whip it good! Congrats to Rep. Jordan Harris on assembling an impressive group that will either whip votes or meet you outside, punk!

A bipartisan group of lawmakers has gotten together and formed something known as the “Nuclear Caucus,” with the goal of trying to save the state’s nuclear industry. Which is good thing, because Mr. Burns certainly isn’t coming here with Smithers and a bag of cash. All eyes will be on this group as the Three Mile Island closure looms.

In our We Can’t Make This Up segment this week, we take you to (where else?) Wal-Mart, this one in lovely Wichita Falls, where a woman was banned from the store. What could one possibly do to get banned from a Wal-Mart, you ask? How about driving around the parking lot in a motorized cart, drinking wine from a Pringles can? Yup, sounds about right.

That’s what passes for news around here as 2019 kicks into high gear! Make sure you check back with us next week as we bring you more news you never wanted! From all your friends at Triad, have a great (and safe) weekend!