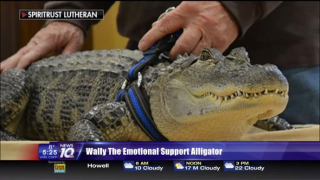 Breaking news alert: If you are in central Pennsylvania, be on the lookout for a very nervous man with shaking hands, talking uncontrollably. Police are searching for him in connection with the theft of $1,700 worth of Red Bull energy drinks.

The beautiful dysfunction of the United States Congress came into sharp focus Thursday, when the Senate decided to vote on two plans to reopen the shuttered federal government. Neither passed. Neither was even close to passing. But hey, lots of speeches were made!

Meanwhile in the real world, the nation’s air traffic controllers, who already have one of the most stressful jobs outside of the local bomb squad, are starting to not come to work, delaying flights along the east coast. But hey, we have those speeches!

President Trump took a few minutes off from his constant border wall harangue to let everyone know he is considering taking executive action to restrict states’ abilities to stop pipeline construction. This should cause quite a stir down in southeast Pennsylvania, we can assure you. There is quite the pipeline kerfuffle going on down there.

More breaking news: President Trump and congressional leaders have reached a short-term deal to reopen the government through Feb. 15 while negotiations continue over the president's demands for money to build his wall. He hinted that he would again shut down the government if he doesn’t get his wall.

In a somewhat related story, Pennsylvania is throwing the door wide open to industrial hemp production. Hemp can be refined into a variety of commercial items including paper, textiles, clothing, biodegradable plastics, paint, insulation, biofuel, food, and animal feed, making it sort of a “superfood” of cannabis derivatives. If you’ve ever driven the across Route 80, you know the Pennsylvania has a LOT of open space, so have at it, hempers.

If you use an online booking service to grab a place to chill for your next vacation, plan on paying the 6 percent Pennsylvania sales tax, due to a change in law that took effect this year. The change is expected to generate $24 million annually and boost the state’s tourism efforts.

Sports betting is now legal in Pennsylvania, but you still won’t be able to bet online if you are looking to drop a couple bucks on the Super Bowl. Casinos are still getting their brick-and-mortar sports books operational and haven’t jumped into the online pool just yet. So prepare to drive to Philly, Pittsburgh or Harrisburg. Or call a bookie.

“Reform” looks to be the word of the year in the Pennsylvania legislature. First up is a central Pennsylvania GOP lawmaker who has created the “Criminal Justice Reform Caucus” to build on last year’s Clean Slate Law. Paging Meek Mill…

On the other side of the chamber, House Democrats are introducing a comprehensive “voting reform” package of bills designed to make it easier to cast a ballot. Forty other states have some form of early voting, so that idea shouldn’t be all that controversial. But it will be. Don’t kid yourself.

Speaking of voting, Pennsylvania will hold no fewer than five special elections in the coming months due to retirements and resignations, two in the state Senate, two in the state House and one in Congress.  You thought you escaped the 2018 elections unscathed, didn’t you? Ha! Not happenin’, Captain!  Elections never end!

Out in Pittsburgh, City Council has begun holding public hearings on proposed gun ordinances, and WHOA DOGGIES! Nothing gets the ire of Pittsburghers up like gun rights (except for the Steelers.) For his part, Mayor Bill Peduto welcomed the county district attorney to come and arrest him if he determines that the ordinances are illegal. That would be quite the scene and could even make ‘Burghers forget about Antonio Brown for three minutes.

The BBC, when not breathlessly covering the Brexit spectacle, took a few minutes to present its top 10 list of best food cities in the entire world, and there was only one U.S. city that made the top ten. That’s right: Pittsburgh! You’ve done it again.

Pennsylvania said goodbye to former U.S. Sen. Harris Wofford this week. Wofford, a civil rights champion who marched in Selma, died Tuesday at age 92. Wofford scored a huge upset victory in a (you guessed it) special election to replace Sen. John Heinz after his untimely death. Ironically, it was Wofford’s stance on expanding health care coverage for all Americans that probably tipped the balance of that race, and here we are almost 30 years later, still having the same debate.

In our We Can’t Make This Up segment this week, we take you to York Haven, Pennsylvania, where a man has adopted a four-year-old, five-foot-long alligator as a support animal to help him combat depression. Because nothing is warmer and cuddlier then a cold-blooded, scaly reptile that can rip your arm off.

That’s what passes for news around here at Triad World Headquarters in frosty Harrisburg! Be sure to come back next week when the General Assembly settles in for its two-year odyssey, and we will let you share our bird’s eye view. From all your friends at Triad, have a great weekend!