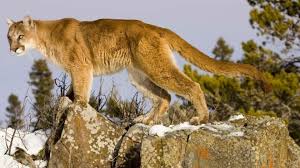 President Trump emerged from a few weeks in Pelosi Purgatory on Tuesday to deliver his annual State of the Union Address. It was… long.  The speech got generally good reviews from viewers across the country, but like most SOTUs, it plowed little new ground, save for the ambitious plan to eradicate pediatric cancer within the next decade.

Back here in the Keystone State, Gov. Tom Wolf also took the stage Tuesday to deliver his annual budget address, and once again, not a whole lot of new ground was covered. You can read about Wolf’s tidy little, no-new-taxes budget plans here. Perhaps all you need to know about the budget address is that top GOP leaders did not dismiss it out of hand. One GOP leader kinda, sorta said he liked it, which means it will pass sometime in August.

One of the more eye-popping proposals in the Wolf plan was one that would raise the floor on teacher pay from the current (and laughable) $18,000 a year to $45,000 a year. The plan would be a boon to teachers in rural Pennsylvania, or perhaps more aptly, teachers residing in GOP-held House districts. We are sure that was a total coincidence.

Wolf also doubled down on last year’s successful, bipartisan work to beef up state support for career and technical education, a key cog in his goal of making Pennsylvania’s workforce the best in all the land.  Other states will one day cower in fear of our mighty workforce.

House and Senate Democrats, meanwhile, are making it clear that raising the state minimum wage is the top priority of their collective agenda moving forward. From public hearings to press releases to incessant social media posts, #RaiseTheWage appears to be the hill that they have chosen to live or die on in 2019.

Apparently tiring of watching UPMC and Highmark fight like two cats in a burlap sack out in western Pennsylvania, Attorney General Josh Shapiro decamped for Pittsburgh this week and summarily kicked UPMC right in its charitable mission.

Between Shapiro’s legal maneuver and a top leader in the General Assembly introducing a mandatory arbitration bill, it was not a great week for that little mom-and-pop health system on Grant Street.

Sticking around the western part of the state for a moment, a Pittsburgh-area lawmaker has introduced legislation to legalize adult-use marijuana in Pennsylvania, predicting that the legalize-and-tax strategy will generate somewhere in the neighborhood of a bazillion dollars, give or take a billion.

A Lehigh Valley woman is suing Dorney Park for $150,000 in damages because the Halloween haunted attraction she took her children to was “too scary.” Just throwing that out there if you’ve ever wondered why some policy makers constantly argue for caps on damages.

New Jersey is mad at Pennsylvania because our landfills, in their words, are making the Garden State stink. Really, Jersey? You sure you didn’t have a certain odor about you pre-landfill? In any case, it has probably not yet dawned on New Jersey that the state exports a lot of its municipal waste to… wait for it… Pennsylvania landfills!

The Great Nuclear Plant Showdown of 2019 (and likely 2020) was launched this week as legislation was unveiled to boost the struggling industry and keep power plants open.  If you thought the battle over pension reform was nasty, wait until you watch this baby unfold.

Our Shameless Client Plug this week goes out to our friends at Pocono Raceway, who added yet more firepower to the airshow to end all airshows, slated for late August. Check it out here!

Triad World Headquarters was also a very busy place this week as we welcomed Megan Dapp to our team! Pop on over and meet Megan here!

Not content to rest on our laurels, the very next day we announced a partnership with former state lawmaker Jennifer Mann! Read all about it!

In our We Can’t Make This Up section this week, we take you to the mountains of Colorado, where this absolute badass of a human killed a cougar with his bare hands after being attacked while on a run. This makes our inability to get our cat off the bed in the morning all that much more embarrassing.

That’s what passes for news around here at Triad, where we are thrilled to add more talent to the already-talented team. Put them to work for you, we are cool with it! From all your friends at Triad, have a great weekend!