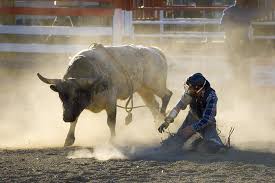 This week, we learned that our own U.S. Sen. Pat Toomey seems a bit vexed by President Trump’s recent declaration of a national emergency at the southern border. We will all find out exactly how vexed when the House of Representatives sends the Senate a resolution disallowing the declaration, likely in early March.

Meanwhile, protesters descended upon the Capitol in Harrisburg this week to make their anger about the national emergency declaration clear, obviously confusing Harrisburg with Washington. Y’all might wanna head due south with your fancy protestin’.

Meanwhile, if there is a national emergency going on, nobody told the Dow, which jumped above 26,000 this week on renewed hopes that the trade war with China is about to wind down. Talks between Trump and Beijing seem to be back on the rails.

Pennsylvania is forging ahead with new safe drinking water standards after the federal EPA declined to give any sort of timeline on its efforts to establish minimum toxicity standards for substances that are appearing in some areas of Pennsylvania. The EPA’s stance was “Hey, that looks like a problem. We should definitely do something at some point. Someday.”

Workforce development continues to be this year’s sexy topic in Harrisburg, as Governor Wolf kicked off the grand opening of the Workforce Command Center, which we hope looks like the flight deck of the Millennium Falcon.

We learned this week that despite the passage of last year’s Clean Slate Law, it is still next to impossible to get licensed in Pennsylvania if you have a criminal offense in your background. Why someone cannot practice cosmetology if they had an alcohol-related misdemeanor 10 years ago is well beyond our capability to grasp.

Perhaps this issue will be a topic of discussion at the National Governor’s Association meeting, where our own Governor Wolf will give the keynote address on, you guessed it, criminal justice reform!

Nursing homes are banging the drum for more state funding this week, as years of flatlined state support are starting to put a real strain on the system. When the nursing home owners and the state’s largest health care union are on the same page, it is worth taking note. Those two don’t always peacefully coexist.

UPMC went to court this week to send a very strong signal that it fully intends to divorce Highmark, despite what Attorney General Josh Shapiro says. The “you-and-what-army” stance from UPMC is nothing new, to be sure, but don’t expect the general to just pack it in and call it a day.

The PA State Lottery is having a banner year, with revenues running about $50 million higher than at this point last year. The only real trouble on the horizon seems to be what the lottery is losing in revenue due to those “games of skill” in taverns across the state. We all know (because we’ve heard it a million times) that these machines are only there to help mom-and-pop bar owners stay in business in these terrible economic times. That sound you heard was our eyes rolling into the back of our collective heads.

A bipartisan group of lawmakers is proposing a bill that would allow homeowners to buy-in to solar projects if their own properties are not conducive to solar panels (damned trees.) This plan will be the baby step before the big battle over alternative energy comes to a General Assembly near you.

Lawmakers are also kicking the tires on the State System of Higher Education this week, signaling that it might just be time for the House and Senate to push for some transformative change in the system. Just don’t expect that change to come with any loot, because we don’t wanna get too transformative around here.

The state House this week passed a bill that will allow first-time homebuyers to avail themselves of some serious tax credits to get them into the American Dream of home ownership, where they will immediately know the joy of fixing everything under the roof of home ownership.

And like swallows returning to Capistrano, advocates of redistricting reform are back in the ring to take another swing. Hope springs eternal around here as there are a few new players at the table, including Governor Wolf, who convened a task force to study said reform just this week.

Our Shameless Client Plug this week goes out to Election Systems and Software, who won a competitive bid to provide Philadelphia with new voting machines. Great work by team ES&S!

If you are a Triad weekly report follower, you probably have some vague idea of what we do for a living around here. In the event you do not, our President Roy Wells lays it all out rather nicely in his new piece, which you can find here.

In our We Can’t Make This Up segment this week, we take you to Kentucky, where for some insane reason a bunch of people got into a ring with a bull to try to remove a one-hundred-dollar bill that was attached to the obviously less-than-pleased animal. The event is called “Cowboy Pinball,” which, in retrospect, turned out to be the perfect name.

That’s what passes for news around here at Triad World Headquarters! Make sure to come back and join us next week where we will share with you all the stories you never knew you wanted. From all your friends at Triad, have a great weekend!