Home Archives Profile Subscribe
Wolf’s budget plan: Which issues will stick; which will hit the floor?
Is it government relations, public affairs, or public relations? 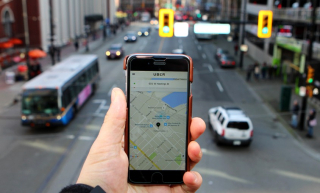 President Trump followed through on his threat to bypass Congress by declaring a national emergency in an attempt to commandeer federal money to build a wall at the southern border. What can we look for as this seemingly never-ending squabble continues? The New York Times breaks it down.

Lt. Gov. John Fetterman’s statewide “listening tour” on the topic of legalizing adult use of marijuana got off to a rousing start this week as he packed the house at events in Dauphin and Cumberland counties, and most attendees appeared to support legalization. Tuesday’s snow/ice/rain storm was a buzz kill for the scheduled Perry County event, which had to be rescheduled for Feb. 20.

Newly selected House Democratic Whip Jordan Harris got some well-earned favorable ink from the new Pennsylvania Capital-Star this week. The youngest-ever House Democratic whip at 34, he has shown an uncanny knack for finding common ground and enlisting bipartisan support on several important issues, including criminal justice reform and education funding.

Stuck in neutral for 15 years due to a lack of funding, the unfinished 13-mile piece of U.S. 322 between Seven Mountains and State College will move forward, Governor Wolf announced. It will cost $670 million and take three or four years, beginning in 2027, to transform that last piece from two lanes to four.

A move last June aimed at securing an additional $15 million in federal funding for Medical Assistance transportation has drawn the concerns of a bipartisan group of legislators. The Department of Human Services’ plan to divide the state into three regions with one manager for each could mean increased costs and poorer service, say critics, including the PA Public Transportation Association.

Governor Wolf’s proposed $4.5 billion “Restore Pennsylvania” infrastructure program, announced just last week, quickly got the City of Chester’s attention. Mayor Thaddeus Kirkland said the initiative, which would be funded with a severance tax on natural gas, is just the ticket for addressing the city’s blight issues and infrastructure needs.

Republican Congressman John Joyce of Blair County said he will co-sponsor legislation that would spark a federal study of chronic wasting disease, which is taking a toll on the Commonwealth’s deer herd. The hunting community supports development of a vaccine as an alternative to culling the deer population, which may not prove to be as effective.

The idea of arming teachers is back, as many people ponder the issue of response time by law enforcement in rural communities. A bill from the last legislative session that would have enabled the arming of teachers received no hearings or floor votes and would need to be reintroduced in the current session.

Governor Wolf’s proposal to raise Pennsylvania’s $7.25-per-hour minimum wage to $12 this year, and eventually to $15, took a Republican beat-down in a House Appropriations Committee meeting this week. Triad’s Todd Brysiak has some thoughts on that issue, along with several others associated with the governor’s budget address, in this analysis over on Triadvocate.

A court-sealed rebuttal to the ever-controversial Freeh Report on the Sandusky sexual assault scandal at Penn State was leaked to several media outlets this week. The rebuttal said Freeh’s findings were “unreliable and misleading” and that the Freeh team seemed more interested in leveraging the report to become the NCAA’s preferred firm for athletic department investigations than in producing a balanced and fair report. OK, everybody back to neutral corners.

After asking, urging, directing and ordering pipeline builder Energy Transfer LP to clean up problems with its Revolution Pipeline in Beaver County, the PA Department of Environmental Protection dropped the hammer on the Texas company, freezing approvals of permits until the problems are corrected. A pipeline explosion last September destroyed one home.

It appears the idea of Sunday hunting in Pennsylvania is gaining momentum, and a bill that would allow it has been advanced by a Senate committee and awaits a floor vote. It would strengthen trespassing regulations and increase penalties, and Sunday hunting is allowed in most other states and is proven to work well.

Before we run out of space, we will list the current candidates to replace Congressman Tom Marino in the 12th Congressional District. The GOP candidates are state Reps. Fred Keller and Jeff Wheeland, Iraq War veteran and local businesswoman Stacy Garrity, PA Farm Bureau Vice President Chris Hoffman and nursing agency executive Joseph Moralez. The nominee will be chosen on March 2 and will face Democrat/Penn State professor Marc Friedenberg, who lost to Marino in the recent General Election. The faceoff will occur on May 21.

This week’s installment of We Can’t Make This Up takes us to Oklahoma City, where three teenagers thought it would be a good idea to hail Uber to take them to a bank they planned to rob. Their driver overheard their plans and alerted police. Credit the teens for thoroughness, however – as the trio was being arrested, police encountered another Uber ride that had been summoned to provide the getaway.

And that’s what passes for news ‘round these parts! From your friends at Triad, have a terrific weekend, and we’ll all be back at it next week!