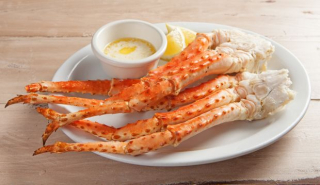 Triad sends its most heartfelt condolences to the family and friends of Robert “Buster” Keaton, our former colleague, who passed away unexpectedly this week. Our hearts go out to all of them in this difficult time.

Yesterday, the Philadelphia sports scene was rocked by the announcement that Bryce Harper is about to become a Phillie-for-life by inking a 13-year, $330 million contract. Harper will be expected to hit a home run every other at-bat for the next 13 years.

The nation’s eyes were fixed on Washington this week as President Trump’s former lawyer and “fixer,” Michael Cohen, testified before Congress. We learned that every, single thing Cohen said under oath was a lie, except for his claim that there was no Russian collusion by Team Trump in 2016. Or maybe it was the exact opposite.

Lost in all the drama was that the president was in Vietnam trying to negotiate a denuclearization deal with good old, fun-loving Kim Jong Un.  The meeting came to a swift conclusion when both sides walked away without so much as a good bowl of pho, let alone a historic deal.

The U.S House of Representatives found time to pass a bill to require universal background checks for any gun purchaser, a bill that is currently number 1,001 on Senate Majority Leader Mitch McConnell’s list of his top 1,000 priorities.

The Democrat-led chamber also voted to deauthorize the president’s national emergency declaration, setting up a very interesting few weeks in the Senate, where some top GOP senators are already acting like the House just threw a dead skunk into their chamber.

Things were comparatively much calmer back here in the Keystone State this week, where we learned that PA will end the fiscal year with a few extra million in hand, while the unemployment rate here continues to be lower than in many of our neighboring states. In fact, estimates say there are roughly 239,000 jobs currently open in Pennsylvania, so if you don’t happen to have one, you probably need to look a little harder.

Governor Wolf this week unveiled the first-ever Pennsylvania G.I. Bill, which will provide free tuition for spouses and children of National Guard members. Expect swift passage of this one, like maybe before you are done reading this memo.

Pennsylvania’s House Democrats, meanwhile, kept up the minimum-wage drumbeat by pointing to a potential $140 million savings to the Commonwealth should the wage be raised to $12 per hour. The theory is that by lifting folks above the poverty line, fewer would be availing themselves of public assistance that costs the state a metric crap-ton of money every year.

Pennsylvania’s Liquor Control Board is well on its way to dramatically expanding online sales. If we get to the point where same-day home delivery of liquor becomes a thing, it probably marks the high point of civilization and we can all just coast downhill to Gomorrah from here on out.

Lt. Gov. John Fetterman has been barnstorming the state on his marijuana legalization listening tour, which will hit all 67 Pennsylvania counties before it’s all said and done. Legal pot advocates haven’t been this giddy since, well, the last time they smoked pot, we assume.

Meanwhile, as the big guy traipses from county to county, a new report came out showing that Colorado has topped $1.5 billion in annual marijuana sales. Those are some eye-popping numbers, to be sure. Denver, coincidentally, is now being renamed the Two-Mile-High City.

A group of state lawmakers is pushing a new plan that will dramatically slash the amount of money school districts must pay cyber charters. If we told you that schools in Philadelphia and the five-county region in southeastern Pennsylvania coughed up $134 million to cybers last year, would you believe it?  Well, you should, because there isn’t any fake news up in here.

Our Shameless Client Plug this week goes out to the World Affairs Council, as it honored Ukraine President Petro Poroshenko with its International Statesman Award. Check out WAC’s Craig Snyder doing the honors!

In our We Can’t Make This Up segment this week, we take you to a buffet restaurant in Alabama, where patrons got into a brawl over crab legs, wielding tongs like swords while beating the tar out of each other. America, baby.

That’s what passes for news around here on yet another snowy Friday in central PA! We will be back next week to spin a few yarns and share some tales of valor, so from all you friends at Triad, have a great weekend!