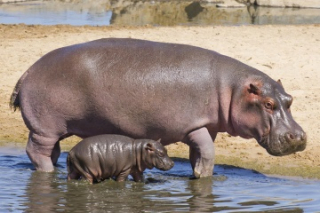 The U.S economy coughed up a hairball in February with new 20,000 new jobs being created, far below the 180,000 estimated by the U.S. Department of Labor. Is it us, or do we really suck at estimating job numbers around here? Our economists make local meteorologists look like Nostradamus.

President Trump’s spokesperson this week lashed out at GOP senators who do not support Trump’s national emergency declaration, saying “Do your job.” Yup, that’ll get them in line. You’re new around here, aren’t you?

The outburst from said spokesperson was likely a result of the news that there are now enough Senate GOP members on board with disapproving the declaration and dropping it squarely on the Resolute desk.

Hillary Clinton announced she will not be running for president in 2020, thereby leaving the door wide open for people to chant “Lock her up!” about Kamala Harris.

This week in the Keystone State, there was some good news on the opioid addiction front, as the state announced that opioid use is finally on the wane. The bad news? Cocaine and methamphetamine use are going up, which means we are back in the 1980s again.

A report was released this week showing that the Turnpike is lugging around $11 billion worth of debt, which means, we assume, the interest rate on its credit card is astronomical. A lawsuit over the use of Turnpike tolls for mass transit (per a 2007 law) is at the root of the problem, and whoa Nellie, will there be trouble if this whole kerfuffle isn’t rectified soon.

As Penn National looks to build its first mini-casino in Berks County, we got our first taste of the public outcry that potential casinos can elicit. Residents of Berks County this week warned of the increase in drugs, crime, human trafficking, organized crime activity and chronic gout that can be expected if a casino lands in their county, which is the exact opposite of what happened when Penn National came to Dauphin County. This isn’t 1950s Las Vegas, people.

A midstate lawmaker this week proposed a bill to abolish Daylight Savings Time in Pennsylvania, presumably because he, like the rest of us, doesn’t like to shovel snow in the dark.

Speaking of casinos, the state’s Gaming Control Board awarded the eighth sports betting-license since betting on sports became legal in July. It is never too early to wager on the Bryce Harper-led Phils to win the World Series!

Dr. Rachel Levine, secretary of the state’s Department of Health, had to spend her week defending the use of vaccines because, well, people are goofballs. Anyone out there find it interesting that the person defending vaccines has a last name that rhymes with vaccine? In any case, people need to spend more time vaccinating their children and less time circulating debunked any-vaxxer “studies” from www.healthnewsthingy.com on Facebook.

We interrupt this update to bring you the news that somebody named Kylie Jenner is now the country’s youngest billionaire. Let that sink it for a minute while you prepare for the End Times.

Do you wanna know which areas of Pennsylvania are more prosperous than others? Our friends at penncapitalstar.com have an interactive map for you so that you can make fun of friends in other counties.

Governor Wolf was crisscrossing the Commonwealth this week, drumming up support for another ambitious infrastructure plan, his “Restore PA” initiative. If anyone believed he wasn’t serious about making this plan a reality this year, think again.

Triad Strategies in thrilled to welcome yet another new addition to our Public Affairs practice, as Mya Varno joins the team! Stop by and say hello, won’t you?

In our We Can’t Make This Up segment this week, we take you to Columbia, and specifically, the hometown of the infamous Pablo Escobar. It seems that when Mr. Escobar went to meet his dead relatives, nobody knew what to do with the African hippos he imported and kept in his private zoo. Well, those hippos have now created a lot more hippos, and the town is being overrun by them. If you think that’s not a big deal, remember that hippos kill more humans than any other large animal on earth.  Take that, #SharkWeek.

That’s what passes for news around here, as state budget hearings wind to a close and the real, fancy legislatin’ begins in Harrisburg! Join us next week for all the fun! Until then, from all your friends at Triad, have a great weekend!