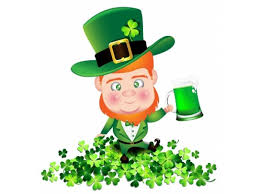 This week was not the greatest of weeks for President Trump, as his normally supportive Senate GOP team went south on him twice in a matter of days. First, the Senate voted to stop all U.S. military aid to Saudi Arabia’s brutal campaign in Yemen despite objections from Team Trump.

The Senate then proceeded to put the kibosh on Trump’s national emergency declaration, with a full dozen GOP senators breaking ranks with their president, including our own Pat Toomey. The lesson here is that Congress really, really doesn’t like having its turf stepped on by anyone, Republican or Democrat. Trump wasted no time tweeting out his veto intentions.

The president also this week signed an order grounding all Boeing 737 Max 8 and Max 9 airplanes, inciting howls of protest that he waited too long, and also acted too hastily. The whole thing makes us wonder why 38 Democrats have already announced they are running for president. Looks like a pretty thankless gig.

A bunch of rich folks are going to jail for bribing colleges to accept their otherwise dim children. Aside from the sheer amount of schadenfreude contained in this story, we would like to point out that WE got into Harvard the old-fashioned way: by not getting into Harvard.

Back here in good old Pennsylvania, a group of bipartisan lawmakers have once again come out with a plan to enact term limits (in a sense) for lawmakers, prohibiting them from serving more than 12 years without first sitting out one term. Given the turnover in Harrisburg these last few election cycles, it seems the voters themselves have already begun to enact term limits. Thanks anyways, lawmakers, we got this.

Legislation aimed at rescuing the state’s nuclear industry finally landed this week, and the bill’s opponents wasted no time excoriating it. There have been back-ally cat fights that will seem more civil in comparison to what is to come on this issue, we can assure you.

The beleaguered Mariner 2 pipeline project is now squarely in the crosshairs of the state’s attorney general, we learned this week. Our simple and elegant solution would be to rename the pipeline the Bryce Harper 2, which would ensure that everyone in southeastern PA will be begging for it to be built in their backyards.

There was big news on the transportation front, as a feasibility study is about to begin for a hyperloop that could shrink the commute from Philly to Pittsburgh to about 30 minutes. First of all, kiddies, we can’t even properly fund the infrastructure repairs for what we already have, let alone the world’s largest suction tube. And perhaps most importantly, we are not sure you want the denizens of those two cities so close to each other. Nothing good is gonna come of that. Pump the brakes.

Speaking of infrastructure, Allegheny County Executive Rich Fitzgerald has a message for lawmakers: fund infrastructure or give local government the taxing authority to fund it themselves. This is a refreshing bit of candor, and if you think he is joking, you clearly have not met him.

Governor Wolf this week touted a letter signed by 38 economists stating that raising the state’s minimum wage will not cause the Commonwealth to perish in an economic hellfire. The letter was met with derision by 39 Professors of Economic Hellfire, who vehemently disagreed, once again proving the adage that if you took all the economists on the planet and laid them end-to-end, they still wouldn’t reach a conclusion. We will check back on the Great Duel of Economists as space permits.

One state lawmaker is proposing raising the legal age for purchasing tobacco and vaping products to 21.  Yes, you can die in a foreign land defending our country at age 18, but you’d better not have a pack of Marlboros on you when it happens.

The Pennsylvania General Assembly added two new lawmakers this week as special elections were held in Lackawanna and Philadelphia. Congrats to the state’s first-ever Muslim woman in the Statehouse, Movita Johnson-Harrell, and the coal region’s Bridget Malloy Kosierowski, on their victories.

Our Shameless Client Plug this week goes out to the team at Pocono Raceway, as track founder Dr. Joseph “Doc” Mattioli was nominated to the NASCAR Hall of Fame. Well-deserved and long overdue congratulations go out to Doc’s family!

In our We Can’t Make This Up segment this week, we take you to lovely Butler County, Pennsylvania, where a man named Sober was pulled over and arrested for being not sober. Daniel Sober got tagged with a D.U.I. despite having a name that should prove otherwise. We are pretty sure that, if this were the 1940s, we would have a great Abbott and Costello routine in the making here.

That’s what passes for news around here as spring makes its arrival in central Pennsylvania. Remember folks, St. Patrick’s Day is Sunday, so celebrate responsibly and don’t be Sober. From all your friends at Triad, have a great weekend!