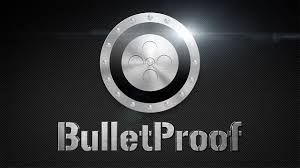 After sputtering to a near halt in February, the economy lurched back to life in March, as the country added 196,000 new jobs, ticking the unemployment rate down to 3.8 percent. This is the type of news that only the 29 Democrats currently running for president can’t love.

President Trump, obviously tiring of illegal immigration or drugs or gangs or something, announced this week he would close the southern border “very soon.” He clarified the next day that “very soon” means “next year.” Our own president, Roy Wells, is currently in Mexico and is quite relieved that he will be able to return home Monday.

Trump also backed off his claim from last week that the GOP would have a replacement for Obamacare “very soon” by clarifying that “very soon” means after the 2020 elections, a decision he most likely made because Senate Majority Leader Mitch McConnell went to the White House and hit him on the head repeatedly with a tack hammer. In related news, we intend to do our taxes “very soon.”

Over in Congress, the House Judiciary Committee authorized a subpoena for the entire, unredacted Mueller Report. If you thought the Barr memo was the end of this saga, you are indeed a silly, silly human being.

Pittsburgh City Council made nationwide news this week by passing an ordinance banning military-style assault rifles and other firearms bric-a-brac. Supporters of gun control were obviously thrilled by the 6-3 council vote, while Second Amendment supporters immediately said, “We will see the whole, fat lot of you in court!”

Ah yes, about that court thing. Pennsylvania’s Uniform Firearms Act (it is aptly named, by the way) will probably be a major sticking point when the judiciary kicks the tires on the new ordinances. We would suggest that everyone put away the champagne for now.

If you happened to hear a massive sigh of relief in the mid-state on Thursday, it likely came from Turnpike headquarters in Middletown. The Commonwealth Court has tossed out a lawsuit by the independent trucking industry over what it claims was misuse of tolls. Had the truckers prevailed, mass transit would have seen a tidy, little $450 million hole blown in its collective budget. The bad news is that the clock is still ticking on an overall transportation fix, so don’t get lazy.

As transit folks ponder such a solution, some eyes have turned to New York City’s new “congestion pricing” fee, a levy on vehicles heading into congested areas. Between the Schuylkill Expressway (we always got a kick out of the term “expressway”) and the Parkway outside of Pittsburgh, you could congestion-price yourself into a few gazillion dollars annually if you really wanted to.

Pennsylvania has now issued more than 100,000 medical marijuana cards to eager patients, with no end in sight. This news will undoubtedly dump more fuel on the “legalize it” fire, where politicians have now spent the imaginary legal marijuana money thirty times over on everything from education to transit funding to the damned hyperloop.

The lower courts weighed in this week on Attorney General Josh Shapiro’s suit that would force UPMC and Highmark to stay married and get some counseling. The judge ruled that the courts cannot force someone to stay married, even if the divorce is gonna be really hard on the 700,000 or so children – er, consumers – they have together.

While Royal Dutch Shell continues to build its massive ethane cracker plant on the banks of the Ohio River, the parent company announced that it is withdrawing from a major trade association due to that group’s stance on climate change. All this leads us to wonder how many multi-billion-dollar energy companies it will take to say climate change is real before Congress agrees that it not a Deep State hoax.

In some overtly political news, we take a moment this week to send congratulations out to state Senator-elect Pam Iovino, who won a special election Tuesday out in the tony suburbs of Pittsburgh.  Two more special elections are on the horizon before the upper chamber gets back to its normal 50-member complement.

In more political news, we at Triad like to check in from time to time with our friends at Public Policy Polling to see what the latest national trends are on everything from health care, to congressional approval ratings, to the Deep State climate hoax. And boy did PPP light a fire this week.  According to a recent poll, Americans overwhelmingly (58 percent to 31 percent) agree that Michael Jordan was better than LeBron James. Way to start an internet riot, PPP.

In Triad Strategies news, please take a moment to say hello to our newest Triadian, Rob Ghormoz, who leaves the employ of Gov. Tom Wolf to hang out with us.

In our We Can’t Make This Up segment this week, we take you to Arkansas, where two pals (we use that term loosely) took turns shooting each other in the chest to see if their bulletproof vests worked. Yeah, about that Pittsburgh gun ban…

That’s what passes for news around here as we brace ourselves for latest Marvel movie, the Return of the General Assembly. We will be here to cover it all, whether you like it or not. From all your friends at Triad, have a great weekend!