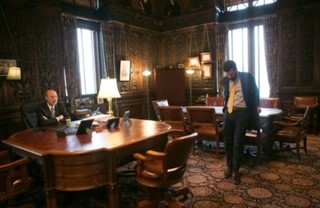 HARRISBURG – Triad Strategies welcomes Rob Ghormoz to its team as a senior associate. He joins the growing Harrisburg-based public affairs firm as a member of the government affairs practice.

“I look forward to taking the next step in my career with Triad Strategies,” said Ghormoz. “Triad has a strong reputation as a bipartisan public affairs firm working on a broad array of issues. I believe that with my background, I can help our clients move forward with their goals.”

Rob joins Triad following several years as a senior member of Gov. Tom Wolf’s staff. During Governor Wolf’s first term, Rob served as deputy chief of staff and chief speechwriter. Following that, he was tapped to serve as a senior adviser to the governor’s re-election campaign and then to lead his 2019 inauguration.

Rob brings a comprehensive understanding of both campaigns and the legislative process to Triad, and knowledge of the functions and operations of the governor’s office and executive agencies. As deputy chief of staff, he was tasked with oversight of public safety and energy and environmental issues.

“We are thrilled to have Rob joining our team,” said Roy Wells, Triad president and managing partner. “We have a diverse staff of government affairs and strategic communications professionals, and Rob’s experience makes our team even stronger.”

“We are always looking for talented people,” said Michael Manzo, Triad’s senior VP of government affairs. “Rob’s deep knowledge of public policy and campaigns makes him a fantastic addition to our team.”

Rob is a native of Wilkes-Barre and holds a bachelor’s degree in political science and government from Penn State University.