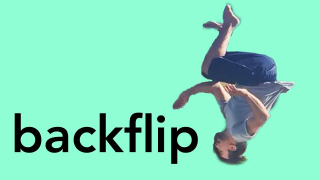 Thursday was “1-4-3 Day” in PA, as our fine Keystone State citizenry performed acts of kindness in honor of the late Fred Rogers. Wouldn’t it be cool if every day were 143 Day? Check Twitter today as we all resume dumping all over everything and everybody, all day long.

Tuesday was Primary Election Day in the Commonwealth and tens of Pennsylvanians trekked to the polls to select their November candidates. Turnout almost reached a staggering 20 percent! Congratulations to the 80 percent of registered voters who allowed the rest of us to choose who will or won’t tax you for the next two years, at a minimum.

There were also several state-level special elections Tuesday, with three seats in the General Assembly up for grabs, as well a congressional race in the expansive 12th District, won by state Rep. Fred Keller. In short, Republican seats remained Republican seats. For the first time since Reconstruction, the General Assembly now has its full complement of 253 members.

President Trump rallied the faithful in the days before the Keller victory, crediting himself with pulling Keller across the finish line in, according to the president, a “50/50 seat.” If the POTUS believes the 12th is a 50/50 seat, his 2020 Pennsylvania campaign team is gonna have to seriously recalibrate their performance numbers. They are off about 25 points.

Philly Mayor Jim Kenney finished off the quietest mayoral primary campaign in the city’s history by walking to victory. Outside of a handful of incumbents losing their nominations, the city government will remain fairly static. Revolutions typically don’t start with 17 percent voter turnout.

A 2024 mayoral prognosticators alert: check out the vote totals for City Councilwoman Helen Gym. That is all.

The positively craptastic turnout numbers across Pennsylvania Tuesday will no doubt add fuel to the calls to open up the primaries to non-affiliated voters. A Senate bill that would do just that is on the move in the Upper Chamber, and since it happens to be authored by that chamber’s presiding officer, we give it some pretty good odds.

In Harrisburg, the city’s voters made their feelings about the city school board abundantly clear by bouncing five incumbents to the curb. Apparently, there is still a price to pay for breathtaking levels of ineptitude.

Pennsylvania’s April jobs report was a pleasant read, as the state’s workforce is now the largest ever, and unemployment has plunged to 3.8 percent. Let the war between the “Trump economy” and the “Wolf economy” commence.

The next stop on the highway to criminal justice reform was unveiled this week, as a bipartisan group of lawmakers introduced a plan to end the practice of denying state professional licenses to formerly incarcerated Pennsylvanians. This is the type of bipartisan work that Governor Wolf was referring to when he said that Pennsylvania is not Washington, D.C. For if it were, the press event would have lasted 180 seconds, and the bipartisan group of lawmakers would have started pummeling each other onstage.

Bethlehem saw a piece of its storied past laid to rest this week as the historic Martin Tower, formerly the headquarters of Bethlehem Steel, came down in a loud boom and a plume of dust. While the moment was bittersweet for many Lehigh Valley residents, there really is nothing like a good implosion. Except for maybe bacon.

As we head off into Memorial Day weekend, we will leave you with some good news. According to Governor Wolf’s office, overdose deaths in Pennsylvania seem to be declining. Given the amount of focus that the governor and both chambers of the General Assembly have given the opioid crisis in Pennsylvania, we give a bipartisan shout-out to all of them.  Happy #143DayInPA!

While Triad is always proud of the work our team does, we also take pride in the achievements of the spouses of our corporate partners and former team members. To that end, a hearty congratulations to Shelly Capozzi (Lou Capozzi’s better half), Haley Welch (Dave Kralle’s way better half) and Sean Crampsie (Brittany Crampsie’s lesser half) for securing primary victories in races for supervisor, school board, and borough council, respectively. On to November!

In our We Can’t Make This Up segment this week, we take you down to the West Texas town of El Paso, where a college graduate decided to celebrate the end of his matriculation by trying (and spectacularly failing) to execute a backflip onstage. The student reportedly got a “D-” in Common Sense 101.

That’s what passes for news around here as summer appears in the windshield and the General Assembly gets ready for the stretch run in June. We will be back next week for more verbal (if not physical) acrobatics. Until then, from all of us at Triad, have a great weekend!