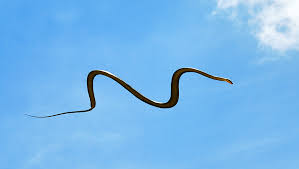 The trade war between the United States and China jumped up a notch this week, as the Chinese announced a new round of tariffs in response to President Trump’s round of tariffs and round and round we go until, we presume, Wall Street gets dizzy, falls off the ride and throws up.

Jumpin’ Joe Biden this week announced his campaign for president will be headquartered in Philadelphia, as the former Veep makes it pretty damned clear what state he values the most in 2020.  Did you know Biden originally hails from Scranton? Of course you did, because you’ve heard it 78 million times.

But the truly earth-shattering, game-changing announcements on the Democratic race for the presidential nomination came this week, with BOTH Montana Gov. Steve Bullock and New York City Mayor Bill DeBlasio announcing they are in it to win it. The response from registered Democrats was “Who?” and “For what God-awful reason?” respectively.

Not to be outdone in the Great Courtship of the Keystone State, both President Trump and current Veep Mike Pence plan to visit Pennsylvania in the next few weeks. Get used to it, people. By the time it’s all over you may wish to consider moving to Steve Bullock’s Montana.

While Alabama dominated the national headlines this week over its shiny new abortion law, Pennsylvania wasn’t far behind in the rearview mirror. Lawmakers this week again passed a Down syndrome abortion ban that has zero chance of ever becoming law as long as Gov. Tom Wolf happens to sit in the big office at 225 Main Capitol. So yeah, message received, let’s get back to business.

One lawmaker this week let his colleagues in the House know that the battle to save the state’s nuclear industry ain’t over ‘til its over, Jack. Despite a lack of legislative action that doomed Three Mile Island, said lawmaker pointed out that there are still eight other reactors in the state, pumping out zero-carbon electricity.

Governor Wolf summoned municipal leaders from hither, thither and yon this week to tout his RestorePA plan, which if enacted would hypercharge infrastructure spending in Pennsylvania. The municipal officials reminded all of us that infrastructure needs don’t see party affiliation; they just continue to destroy local budgets until somebody does something.

Thursday was the opening battle scene in the war between state Attorney General Josh Shapiro and UPMC over the general’s lawsuit, with the Supreme Court hearing arguments for and against. It may not have been Game of Thrones, but the stakes are pretty high for the future of health care in western Pennsylvania. There were also no dragons, which was disappointing.

Lt. Gov. John Fetterman this week brought his legal weed listening tour to Allegheny County, where an informal poll of the room showed the following score: anti-legalization: one, pro-legalization: the entire rest of the room.

If you enjoy speeding on Roosevelt Boulevard in Philly, we hope you also enjoy costly speeding tickets.  A recent change in state law allows for enforcement cameras on that often-deadly road, so scofflaws take note: stop scoffing at the law.

A bipartisan pair of state lawmakers this week unveiled a new plan to jump-start manufacturing in the Age of Shale. The tax incentive plan looks a lot like the one that lured Royal Dutch Shell to southwestern Pennsylvania, so who knows? Maybe there is a whole box of crackers in our future.

Our Shameless Client Plug this week goes out to our friends at Pocono Raceway, who once again brought NASCAR’s best and brightest drivers to the streets of Philadelphia for the annual Philly Takeover!  If you were in Center City on Wednesday, we are quite sure you heard it!

In Triad Strategies news this week, our own Yvonne Roberts was honored by our friends at the Philadelphia Tribune at their annual Women of Achievement lunch. Congratulations to Yvonne on a well-deserved honor!

In our We Can’t Make This Up segment this week, we take you to Oklahoma, where a man who simply tried to open his front door was bitten in the face by a flying snake. In totally unrelated news, we have removed our front door, covered it with bricks and can now enter our house only through the garage where our pet mongoose now lives.

That’s what passes for news around here as we anxiously await the Primary Election next Tuesday.  We will be back with a wrap-up of everything notable next week, shot through our usual prism of weirdness.  Until then, have a great weekend!