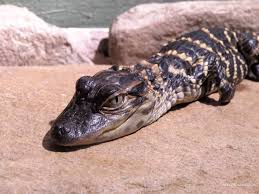 Let’s do this in chronological order this week. Monday was a busy day at the Capitol. Second Amendment aficionados descended upon our seat of government for their annual rally, reminding lawmakers that there’s a sizeable chunk of the PA population that supports the right to bear arms. In case they had forgotten since last year’s rally, and the one before, and the one before that…

Then, government reform activists disrupted a House session, chanting “stop taking bribes” and showering the House floor with actual dollar bills from the gallery several stories above. No immediate word on whether the demonstration must be reported as a gift.

Senate President Pro Tem Joe Scarnati revived his beef about ideological extremes driving primary elections, asserting that allowing independent voters to participate in nominating candidates in the party of their choice just might change that. His bill has received a hearing in the Senate State Government Committee, chaired by Sen. Mike Folmer, who also thinks it could be a good idea. Hey, at this point, we’ll try anything.

There was good news this week for members of the PA National Guard, who would be entitled to scholarships to attend any of the 14 schools in the State System of Higher Education under legislation moving forward in both legislative chambers and supported by Gov. Tom Wolf. The measure would cost $2.7 million per year and is believed to be the first program of its kind. Now that’s what we call a cool way to thank soldiers for their service.

The Anthracite Coal Region became the latest venue for Governor Wolf to tout his Restore Pennsylvania plan to help address critical infrastructure issues, such as blight, flooding, brownfields and the heartbreak of psoriasis. OK, we were just kidding about that last thing.

Pew Charitable Trusts, digging through U.S. Census data, posits that loosening voter access laws and passion-inducing issues such as marijuana and Medicaid expansion combined to ratchet up voter turnout in last year’s mid-term elections. Nationally, turnout jumped 12 points from 2014. Here’s more for that small but respected reader demo that likes to get down into the weeds on this stuff.

Lt. Gov. John Fetterman got a bit of a surprise this week when he took his legal adult marijuana listening tour to Tunkhannock and, asking for the customary show of hands on where people stood on the issue, found that a majority of those present were against it. Until then, he noted, 65 to 70 percent of those coming to these events have said they support legalization.

Crab cake lovers are happy this week, as the U.S. Department of Homeland Security approved thousands of additional H-2B visas for foreign workers who support the crab industry. And there will be plenty of work to go around, as the Chesapeake Bay blue crab population appears to be rebounding.

State Attorney General Josh Shapiro and 41 of his counterparts are calling on the Federal Communications Commission to do something about the proliferation of those darn robocalls that use fake phone numbers as their caller ID. The latest scam? The one-ring-and-hang-up call in the middle of the night, inducing the resident to call the number back in case it was a friend or family member in trouble.

Exelon announced it will close the Three Mile Island nuclear power plant in September, since sponsors of industry-saving legislation have not yet been able to muster enough support. That will leave six other generating units in Pennsylvania, which will eventually face the same kind of financial challenges unless there are public policy changes that set a market value for carbon-free electricity.

Leaders in both parties of the House came together in a rare and welcome bipartisan attempt to dial down the recent episodes of partisan outrage. There have been multiple instances lately of demanding apologies, resignations and criminal investigations. Can’t we all just get along?

And in that vein, Governor Wolf has declared May 23 to be “143 Day” in Pennsylvania, a nod to the late Fred Rogers, who used the 143 reference as code for “I love you” on his iconic TV show. The digits correspond with the number of letters in each word of that three-word phrase.

This week’s Shameless Client Plug goes out to the PA Highway Information Association, whose president, Jamie Van Buren, penned an op-ed article suggesting how Pennsylvania might go about providing sufficient funding for transportation without raising taxes.

This week’s We Can’t Make This Up feature takes us to Punta Gorda, FL, where a man and his female passenger were stopped by county sheriff’s deputies for running a stop sign. They were found to possess a bag of turtles, and when asked whether they had anything else authorities needed to know about, the woman proceeded to pull a baby alligator out of her yoga pants, thus avoiding a potentially disastrous pat down. Fish and Wildlife authorities were summoned and cited the couple for violating reptile bag limits.

And that’s what passes for news around these parts, boys and girls! We’ll be back next week with more of the same! Until then, be sure to obey those traffic laws when tooling around Punta Gorda with a gator in your drawers!