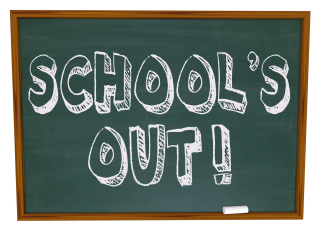 We pause this morning to remember actor Peter Mayhew, who died today at the age of 74. Mayhew played the role of the most famous Wookie in the galaxy, Chewbacca. Rest easy, Chewie. You saved the princess.

President Trump, this week, donned his deal-making hat and agreed in principle (that’s a big caveat, people) to a $2 trillion infrastructure plan. The problem is, he did the deal with House Speaker Nancy Pelosi and Senate Minority Leader Chuck Schumer, which immediately threw his GOP base into a state of abject panic. The folks who think you pave roads with fairy dust and good thoughts are gonna have something to say about all this.

This just in: a bucket of chicken testified in front of the U.S. Congress this week. This is a microcosm of today’s politics, folks. Grab a drumstick and follow along.

The economy continued to roar in April with 263,000 jobs being created, pushing the nation’s unemployment rate down to levels not seen since Neil Armstrong tap-danced on the Moon. If it feels like we have been writing similar sentences for a hundred straight months or so, it is because we have.

But even as our nation’s economy thrives, some people are still not happy about the general state of things, so our good friends at Burger King decided to dive into that malaise with their newest creation, the Unhappy Meals. These meals consist of a Whopper, soft drink and a sense of impending doom, which you can super-size for just a dollar more.

Speaking of food, Pittsburgh is now the proud home to the best pizza in all the land, according to a recent survey. Get on down to one of the five Caliente Pizza Houses in the ‘Burgh. Two words: shaved porchetta.

There was plenty of other big news out of Pittsburgh this week, as U.S. Steel announced they will pour a billion clams worth of upgrades into two plants in the Mon Valley. If you don’t think President Trump is gonna find his way there over the next eighteen months, you have obviously started the Cinco de Mayo celebrations a bit early.

Twenty-four hours later, a pair of environmental groups announced they are suing said steel company for violating air pollution laws. We are sure the timing of that announcement was totally coincidental.

The Pennsylvania State Police turned 114 yesterday, and the occasion was marked by a new report that troopers are now spending more time patrolling houses of worship than ever before. How far we’ve come since 1905.

The state’s district attorneys are throwing a bucket of cold bong water on the idea of legalizing marijuana, we found out this week. They will, however, support decriminalizing small amounts of marijuana, which some cities have already done. Have a few joints? All good. Have a kilo of pot in your trunk? Not so much.

This week, Governor Wolf rolled out some updates to his climate action plan (which sounds like a new Avengers movie), including for the first time a nod to efforts to preserve nuclear energy. We foresee a very interesting June in the halls of government.

The uptick in the number of landslides in Pennsylvania is wreaking havoc on PennDOT’s budget, it was announced this week.  The department usually spends around $30 million annually on repairing landslide-induced road damage. In 2018, that number jumped to $127 million, adding yet another funding headache that lawmakers will eventually have to confront.  Sometime. Someday.

Four new cases of measles were reported in western Pennsylvania this week, because people are very strange. Hey, maybe we can bring back polio next? Maybe we shouldn’t spend so much time worrying about climate change since we look perfectly capable of wiping ourselves out for no good reason.

Lawmakers advanced a plan to add a cool $100 million to the state’s Educational Improvement Tax Credit, bringing the total to over a quarter billion dollars a year. It is gonna take more than a teaspoon of Castor Oil to get the front office to swallow that one.

Governor Wolf spent some time in Beaver County this week, where Royal Dutch Shell has partnered with the local community college to launch a training program for all the workers they will eventually need at their shiny new ethane cracker plant.  Workforce development is currently the absolute sexiest topic in Harrisburg, which tells you everything you need to know about your state government.

The 17-year cicadas are getting ready to emerge from their slumber and cover western Pennsylvania. When they see what is happening in Washington, D.C. they might just burrow underground again and call it a day.

In our We Can’t Make This Up segment this week, we take you to – where else – Florida! Road workers in Doral this week painted some new school crossing signs, spelling “school” as “scohol.”  Obviously, there are few people who could use some educational improvement tax credits down there in Florida.

That’s what passes for news around here as we celebrate the start of May and the sixty-day stretch to the state budget deadline. Yes, we celebrate weird things around here. From all your friends at Triad, have a great weekend!