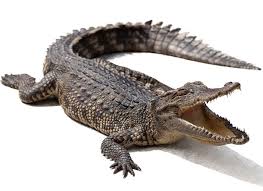 Did you know that Pennsylvania was the first state to officially celebrate Flag Day? Well, you do now. We led the charge to honor Old Glory way back in 1938, so fly it high and proud, today and every day!

If you find yourself wondering why the nation observes June as Pride Month, or why there is a Pride Month at all, we direct your attention to Tennessee, where a Baptist preacher this week gave an old-fashioned fire and brimstone speech in which he asserted that gays should be executed. Yes, in 2019, this guy still exists. So fly that flag high and proud, too.

Oh, and special thanks to our own Lt. Gov. John Fetterman for decking out the balcony of his office with pride flags. We would pay awfully good money to see the aforementioned “preacher” go toe-to-toe on this issue with Fetterman.

If you were anywhere in or around Juniata County Wednesday, you probably felt the earth move under your feet. A 3.4 magnitude quake rattled the Midstate, prompting speculation (from us, to be fair) that it may have been caused by jubilant St. Louis Blues fans celebrating the Stanley Cup finals.

Lawmakers this week renewed their push to allow cell providers to attach so-called “small cell antennas” to pretty much anything they want. This will allow for faster deployment of 5G service in Philadelphia and Pittsburgh, while rural Pennsylvanians can still use their dial-ups.

Governor Wolf announced he will veto a bill that would provide another $100 million in educational tax credits used for private and parochial schools. The bill also contained an automatic escalator of 10 percent per year. Interestingly, there has been no movement on a minimum wage bill that contains a cost-of-living index. Or any minimum wage bill, for that matter. Nonetheless, expect that the EITC bill will live on in different form during budget talks.

The state Senate advanced a bill that would expand the role of nurse practitioners in Pennsylvania. This bill has been kicked around for years as the state looks for innovative ways to ensure medical care for underserved areas. When you get out into the hinterlands, finding a doctor can be about as easy as finding 5G cell service.

Alarm bells are starting to ring in the world of mass transit, where policymakers are looking at a looming loss of $400 million that transit systems currently wring out of the Turnpike. The question will become how loud do those bells have to get before anyone starts talking about a solution? Big things in Harrisburg typically get done when there is a full-blown crisis. Well folks, that crisis is only a few stops down the track from here.

Governor Wolf is tiring of municipalities who rely on the State Police for protection instead of funding their own local forces. The push is on again to make these communities cough up some loot to cover the PSP budget, which also has the added bonus of allowing highway and bridge money to be used for its intended purpose. Got that? Confusing, we know – try to keep up.

Lawmakers who have a hankering for some prison reform are turning their gaze to how we get formerly incarcerated people back into productive society. Pennsylvania’s recidivism rates are off the charts, and it is costing the system boatloads of cash while ruining lives and communities.

Like swallows returning to Capistrano, the annual “I have a bill to eliminate property taxes” story hit a local newspaper this week. Got it. You go ahead and wake us when that happens.

Lawmakers are also kicking the tires on a new plan that would split Pennsylvania’s interscholastic sports (and their championships) into two new entities, one for public schools and one for non-publics. The argument is that non-public schools can actively recruit the best athletes, and they therefore have an unfair advantage. If you’ve ever had the honor of watching your public school football team get absolutely dismantled by the team from Our Lady of Sacred Football at the championships in Hershey, you get it.

We pause for a moment to ask if anyone knows why Pittsburgh currently has so many alligators on the loose? Hit us up if you know why the South Side is starting to look like a Louisiana swamp.

Every time U.S. Sen. Bob Casey runs for re-election, his opponents complain that he doesn’t do big things. Here is your periodic reminder that to be effective, sometimes you need to focus on a lot of smaller things. This week, Casey announced he will tackle the “food gap” for poorer 6-year-olds who are too old for public assistance but not yet in school and receiving free or reduced lunches. Not flashy, not headline-grabbing, but quietly effective.

Our Shameless Client Plug goes out this week to Tom and Trevor and the staff at Yards Brewing for announcing they will begin to brew beer for Cape May Brewing, probably because half the City of Philadelphia is in New jersey all summer anyway. Cheers!

Also this week, our partner Dennis Troy was busy making the dirt fly on the new Strip District Produce Terminal redevelopment in Pittsburgh! Great job by Dennis and his team! Hey DT, what’s the deal on the alligators?

In our We Can’t Make This Up segment, we take you to (where else?) Louisiana, where an eight-foot alligator got pretty incensed at local police for bothering his sunbathing and took a bite out of the sheriff’s car. Pittsburgh police, take note!

That’s what passes for news around here as summer, and the state budget, are on the horizon! From all of us at Triad, have a Happy Flag Day and a great Father’s Day!