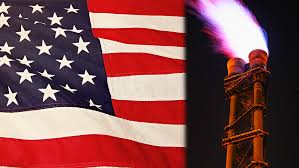 This week, we honor the selfless soldiers who 75 years ago participated in the allied invasion of western Europe through the beaches of Normandy – ordinary people who did extraordinary things. Although there are fewer people to recount the battles, their stories are compelling, and humbling to those of us who reap the benefits of their courage 7½ decades later. The Greatest Generation, indeed.

Pennsylvania lawmakers returned to Harrisburg this week to put the finishing touches on the Commonwealth’s budget for the 2019-20 fiscal year. One order of business is to decide what to do with the $800 million surplus identified by the Independent Fiscal Office. A mostly Democratic camp would like to use much of it to boost education funding, while a mostly Republican camp longs to save it for a rainy day.

Also intertwined in the budget discussion is the idea of raising Pennsylvania’s minimum wage. Republican lawmakers are saying they could possibly maybe sorta think about entertaining an increase, but not the $15 per hour Governor Wolf has proposed to phase in by 2025. So, still to be sorted out are the questions of how much, when, and what they would seek in return.

President Trump took his reality show to Europe this week. As we have come to expect, the festivities caromed from the sublime to the ridiculous and back again, but the internet seemed to get the biggest kick out of Duchess Camilla’s suggestive wink to the paparazzi.

The president poked a hornets’ nest when he ordered tariffs on a variety of Mexican goods unless the Mexican government does something about those danged Central American immigrants that keep traipsing through their country to enter the U.S. The hornets now include Sen. Pat Toomey and quite a few other Republicans who don’t much like the idea of messing with the free market.

Back in PA, VP Mike Pence dropped in for a visit on Thursday, stopping by a York County manufacturing plant to promote the proposed trade deal between the U.S., Mexico and Canada, and speaking at the state Republican Party dinner.

PA Education Secretary Pedro Rivera launched a state takeover of the Harrisburg School District, apparently not satisfied to wait until December for the board to turn over. Rivera cited the board’s failure to meet academic and financial goals set in the school recovery plan, a series of human resource snafus, failure to execute a contract with the superintendent as required by law, and the existence of a “toxic” culture. But otherwise, things are in pretty good shape. Voters ousted all four incumbents who ran in last month’s primary, decimating the majority that has dominated the board for several years, but those current members serve until December.

While we’re on the topic of takeovers, a bipartisan initiative that would lead to the state taking over the online health insurance exchange currently operated by the federal government has emerged in the PA House. Advocates say the move would cut costs for about 400,000 people who buy individual Affordable Care Act policies. Gov. Tom Wolf says he’s on board.

On Monday, former state legislator Fred Keller was sworn in as a member of Congress, replacing former U.S. Rep. Tom Marino, who resigned for health reasons earlier this year. Keller won the seat in a special election last month.

U.S. House Democrats and the White House went at it hammer and tongs over whether former high-ranking presidential aides should be required to testify before various committees and cough up certain documents. The Morning Call reported that four of Pennsylvania’s congressional delegation – all Dems – now support initiating articles of impeachment. The four are Reps. Dwight Evans, Madeleine Dean, Mary Gay Scanlon and Brendan Boyle.

Our Shameless Client Plug section is an embarrassment of riches this week, starting with the Mutter Museum of the College of Physicians of Philadelphia, which launched a $25 million capital campaign that will double the size of the 5,000-square-foot institution.

SCP#2 goes to the Franklin Institute, which will undertake a $6 million renovation of its train room, making space for a rotating display of artifacts that have been tucked away in storage, out of public view.

Finally, a tip of our NASCAR-themed cap to Pocono Raceway, which on Sunday hosted the Pocono 400, where Kyle Busch notched his 55th win to tie Rusty Wallace on the all-time list. A good time was had by all.

As it often has, this week’s We Can’t Make This Up segment takes us down the Potomac, where the U.S. Department of Energy was inspired to rebrand natural gas as “molecules of freedom” or “freedom gas.” The rebranding spawned a predictable volume of flatulence quips, but of course, we at Triad would never stoop that low.

And that’s what passes (get it?) for news around here this week! Stay gassy classy, Harrisburg, have a wonderful weekend, and check back in with us again next week!