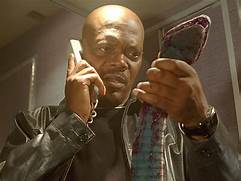 From the looks of things the past week or so, Iran seems to be campaigning for some sort of beat down.  They were about ten minutes away from winning that particular election this morning before President Trump hit the pause button.  Here is to hoping cooler heads continue to prevail.

The largest oil refinery on the east coast was rocked by an explosion and fire early this morning.  Miraculously, only minor injuries have so far been reported. We send our thanks to the brave first responders who dealt with that massive conflagration.

President Trump this week launched his 2020 re-election bid, a full 28 years after Bernie Sanders launched his.  The Trump rally in Orlando sounded pretty much like every other Trump rally during the past three years, but eventually the rhetoric may have to change since Crooked Hillary almost certainly will not be on the ballot.

Here in sunny Harrisburg, the General Assembly is moving with alacrity towards a final budget agreement, with initial votes on the spending plan coming as early as Monday.  Of course, under the surface there is plenty of disagreement between the five parties, but all sides are exuding confidence, which makes us extremely nervous.

One issue that is looking less and less likely to be resolved in the final week is a raise in the state’s minimum wage.  The lack of agreement will pretty much guarantee additional large and loud protests in the Capitol Rotunda. So yeah, thanks everyone!

Senate and House GOP leaders are also not all that eager to pony up cash to help counties defray the cost of new voting machines that were mandated by the governor.  Absent state help, counties will be forced to foot the entire bill for said machines.  And a few countywide bake sales are not going to cover it.

With a stroke of Governor Wolf’s pen this week, Pennsylvania became the second state in the union to officially recognize Juneteenth as an official holiday.  Forever gone are the days of House and Senate members arguing over who will be the prime sponsor of the annual Juneteenth Resolution on the House and Senate Floors.

The State House this week voted to eliminate cash assistance for some of the poorest Pennsylvanians, a plan which will almost certainly find itself doing the Veto Shuffle should it ever make it to Governor Wolf’s desk.  And there is your weekly Boz Scaggs reference, we hope you enjoyed it.

Speaking of the Veto Shuffle, Governor Wolf slapped one on a House bill that would have expanded the state’s education tax credit bill by a cool $100 million.  That, however, is not the end of the ballgame, as everyone fully expects the issue to be hashed out at the budget table.

Open Primaries in Pennsylvania are a step closer to reality, as a Senate committee voted to advance the plan this week.  Senate floor action is almost certain.  Under the bill, non-affiliated voters will finally be given the chance to completely ignore the primaries like seventy percent of party-affiliated voters do.

A judge has officially signed off on a state takeover of the embattled Harrisburg public schools and man do we hope the state has an idea of what exactly it is getting itself into.  This is the textbook definition of walking across the street to get punched in the nose.

The feds this week seized seventeen tons of cocaine with a street value of $1 billion at the Philadelphia port.  Somewhere, there is a drug cartel leader who is seriously cheesed off right about now. That’s a lot of yayo.

A House committee this week held an information hearing about stormwater management plans that municipalities are required to enact, often at a pretty steep price.  Pop quiz: Do you know what are often way more expensive than those plans?  Floods.

Team Triad is officially welcoming Daena Ortenzio to our burgeoning and hyperactive Public Affairs team.  Send her congrats (or condolences) as warranted!

Also, we send out our congratulations this week to our good friend Mary Isenhour, who was confirmed by the State Senate as the Liquor Control Board’s newest commissioner.  Good luck, Mary!

In our We Can’t Make This Up segment this week, we take you to Hawaii (if only we could) where a man found a snake in his backpack that had hitched a ride when he left Florida.  And there is your Snakes on a Plane reference for the week, we hope you enjoyed it.

That’s what passes for news around here as we anxiously await the final bell on this year’s state budget debate.  We will send updates as needed, so until then, have a great weekend!