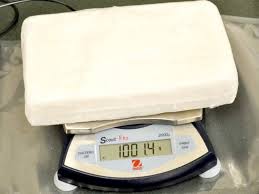 The U.S. economy beat growth expectations again last month, with the GDP growing by 2.1%.  While President Trump was obviously pleased with the news, he couldn’t resist taking to Twitter and punching the Federal Reserve in the snout, blaming it for keeping a lid on growth. Fed Chairman Jerome Powell is like the dog that Trump never wanted.

Special Counsel Robert Mueller took his spot in front of Congress this week, and for seven straight hours looked like an exasperated professor, knowing in his heart that not one of his “students” actually read the course materials before class.

The U.S. House did, however, take some time out from the investigation-o-rama to pass a bill that would increase the federal minimum wage to $15 an hour by the year 2025. We really enjoyed the Washington Post coverage declaring that the bill is “not expected” to pass the Senate. We all know that we are more likely to get hit by a meteor while riding a unicorn than see that bill become law.

On a related note, a report was released this week showing that in Pennsylvania, women are twice as likely to live in poverty than men. Thousands of those women are making minimum wage. Not that there is any sort of connection between the two facts at all. So we will just leave that right there and move along.

President Trump this week appeared at a young conservative event, and whoever was in charge of putting up the presidential seal has no doubt been fired from his or her job. Instead of the traditional seal, we were treated to a two-headed eagle clutching a set of golf clubs with the phrase, “45 is a puppet” written in Spanish, replacing “E Pluribus Unum.” Gotta give somebody an “A” for creativity.

We take a moment out from our weekly report to let you know that some racist jagoff put white supremacist stickers on poles outside of a Pittsburgh state representative’s office this week. So we would politely remind said jagoff: Pittsburgh is #StrongerThanHate. Now back to our report.

Gov. Tom Wolf this week announced that his administration will embark upon a plan to turn your state government into a more customer-friendly organization, with you, dear readers, being the customers. Your state government will soon be right at your fingertips 24/7, so get ready. Everything you ever wanted to know about the Department of Banking is coming at ya!

It was a busy week for our state auditor general, who kicked things off by reminding us that 1) we are old, 2) we are getting older, and 3) we really need to do a better job at overseeing the nursing homes in this state because we are all gonna end up in one eventually.

The general followed up with a rather startling announcement that a district magistrate in western Pennsylvania has turned 880 would-be civil offenses (overdue library books, parking fines, etc.) into criminal offenses. Judge Dredd has since taken leave of her office, if not her damned senses.

Ohio lawmakers have approved a legislative package that will keep the Buckeye State’s nuclear plants in business at a cost of $150 million. Meanwhile, in Pennsylvania… yeah. Not so much.

The State System of Higher Education has announced a tuition freeze at California University and some other state system schools, we learned this week. This is great news for Pennsylvania’s college students, who are currently lugging around more debt than most third-world nations.

Legalized sports betting in Pennsylvania has given a nice little boost to the Commonwealth’s gaming revenue, which topped $3.3 billion last year. Up next is online gaming, which will further fuel those numbers. Ah, sweet sin taxes. Is there anything they can’t do?

Remember way back (about two weeks ago) when our own Todd Brysiak spun you all a yarn about the passage of the state’s first Telepresence Education Act, a law that is kind of near and dear to his heart? You don’t? Well, read this and get back to us. We will wait.

Finished? Good. Now check this PennLive.com piece out about the state’s new Telepresence Education Act and see if you recognize the girl in the article. Hint: she’s a much more famous Brysiak.

Shameless Client Plug alert! With the national spotlight fixed on how to secure our elections, here is a handy-dandy primer from our good friends at Elections Systems and Software. Did you know that every single machine that ES&S offers has a paper backup? Well you do now! Vote with confidence!

In our We Can’t Make This Up segment this week, we take you over to Madrid, where a man was arrested when police decided to look under his massive toupee, only to discover he was hiding a kilo of cocaine under it. Walking around with a kilo of blow under your wig while looking like a nervous Mr. Potato Head is never a good idea, kids.

That’s what passes for news around here on this beautiful Friday in July! Make sure to check in next week from wherever you may be to get a glimpse of all the news you missed while knocking back some cold ones down at the shore. From all of us at Team Triad, have a great weekend!