Making a difference the Triad way

I’m the proud parent of a cancer survivor. In June 2016, my then 8-year-old daughter began her battle with leukemia. Almost immediately, my wife and I learned the likelihood of our daughter attending school that fall was slim. Her immune system was going to be so compromised from the cancer treatment that entering a classroom with her friends was going to be a serious health risk.

Her education became one of many immediate problems we needed to consider. We were frustrated and concerned. But then we learned about telepresence education technology.

Ok, I get it. Most reading this are now likely asking, “what the heck is telepresence education?” And to be fair, I probably would be too if I didn’t know the issue intimately. It didn’t exactly grab major headlines, but here’s a quick breakdown for those who are wondering.

Telepresence education is new technology that allows home-bound students – those unable to attend school – the opportunity to continue their full-time education while battling serious medical conditions. Simply put, it’s a robot in the classroom that takes the place of the student – think of an iPad attached to a Segway. They access the device from their own iPad or laptop and manage the robot’s motions all while having a real-time video connection with their friends and teachers. They can ask questions and interact like any other student, but from various places outside the classroom.

Thankfully, our local intermediate unit already had access and a plan to help us use a telepresence robot. Our daughter may 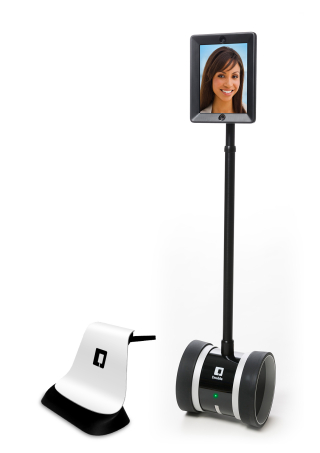 not have been able to attend the 3rd grade in-person, but she wasn’t going to miss it either.

Every day, for almost an entire school year, she logged on to her iPad and participated in school like any other student – some days from her bedroom others from her hospital bed during chemo treatments. It was an absolute game changer, and it brought elements of calm to what was then a world of daily chaos.

Now, I’m not naive. I know we were lucky. Not all communities have this technology as an option, which is exactly why the movement and enactment of the Keystone Telepresence Education Grant program is so important. Parents of home-bound children face monumental challenges and worries each day. How to educate their children shouldn’t be one of them.

As you can imagine, this technology isn’t cheap. Nothing of significance is these days. But thanks to the action on Senate Bill 144 (Act 18), the state will now provide up to $300,000 in annual grants to intermediate units so they can secure this technology for local schools and students in the community.

Amid the annual budget-related teeth-gnashing that occurs in the final days of June, lawmakers tossed aside partisan differences and joined in complete unanimity to support an issue that will have a major impact on some Pennsylvania families. Yep, we’re talking zero opposition. Not a single “no” vote.

Team Triad regularly meets to discuss emerging issues and opportunities for our clients or potential clients.  There was instant consensus, last year.  We would pursue this initiative, not because it was financially rewarding, but because it was great public policy, could be an amazing asset for families facing life-changing challenges, and it was important to me. Everyone knew this was worth every bit of the effort needed to help drive it home.

To give you a sense of how forward-thinking this effort is, Pennsylvania is now only the second known state in the nation with such a program. Maryland was the first to do so last year after the family of a young girl, named Peyton Walton, lobbied to create a telepresence program to support other home-bound kids after seeing how it benefited Peyton during her treatment for cancer.

We, here at Triad, were proud to play a part in helping see the Pennsylvania program cross the finish line last month. On behalf of Double Robotics – a manufacturer of telepresence technology – our team was involved in the development of this program and worked closely with legislative advocates. And while our Triad team always fights to win for our clients, this effort obviously carried with it a very personal connection.

A lot of folks deserve credit for this success – most far more than me. It’s easy for me to say it’s important; I lived it. But to see so many lawmakers take such a personal interest in a new and unique idea and push for it to come together in less than a year was both impressive and gratifying. More importantly, it helped bring about a change that really will make a difference in the lives of a lot of very special kids.

I admit, when the advocacy opportunity on this issue arose, I was tentative. I initially felt it was a little too close to home. But when considering the potential impact on kids who didn’t have access to the technology my daughter had, it just made sense to do it. And seeing the result, I’m glad I did.