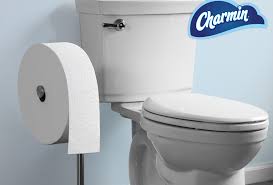 Welcome to your truncated Happy Hour as we prepare to lock the doors at Triad World Headquarters for the long Independence Day weekend. We are sure that, like us, you are getting ready to decamp for Washington, D.C. to be part of President Trump’s salute to the military. Or perhaps you are just gonna do some grilling out and consume a few adult beverages. Either way, happy birthday, America!

And what would an Independence Day celebration be without we ungrateful colonials kicking England’s butt again? Thanks, U.S. Women’s National Soccer Team!

Before we dive too deeply into the weeds of this week’s events, we direct your attention to this painstakingly crafted 2019-2020 state budget recap. Triad’s public affairs team spent days locked in the basement producing it, and jeepers, did it pay off. We respectfully submit you will find no better handbook on what your legislature passed last week.

Of course, every budget season ends with a few issues being left on the sidelines until the fall. The legislature will return in September and, notwithstanding some other very important business, we are fairly certain that the governor’s RestorePA plan will be front and center.

On Monday, Governor Wolf gave his pen a workout, signing a flurry of bills that did make it across the finish line. First up was the Farm Bill, a truly bipartisan package of bills that will inject $23 million into the industry that feeds us. A special shout-out goes to our good friends at Pocono Organics on that one!

Governor Wolf also affixed his signature to Pennsylvania’s new GI Bill, making us the first state in the country to provide college tuition assistance to spouses and children of active duty military members. This was perhaps one of the most overlooked achievement of the budget season. Because as usual, there is always some sort of distraction that captures the attention of the media and…

Oh, hey there, Mr. Distraction of 2019, didn’t see you standing there. During debate on a bill to end the state’s General Assistance cash grant program, the usually-stodgy Senate went screaming off the rails. If you haven’t seen the kerfuffle a million times on social media, you’ve obviously been living in a cave somewhere. Our suggestion? Go back to the cave until the fall.

Pennsylvania will also have a new state-based exchange for health insurance, thanks to yet another bipartisan effort (see how often we do that bipartisan thing here? Hello D.C.?). Lawmakers from both sides of the aisle came together to pass the law with the type of speed and alacrity you typically only see in the General Assembly when it comes to animal cruelty legislation. Cuz, you know, puppies and kitties.

And every year there is a little policy nugget stuffed into one of the budget bills that few see coming. This year’s prize goes to the pre-emption of taxes or local bans on single-use plastic bags for the next year until a study is completed. This little gem will probably not sit too well with council members in a certain large city in the eastern end of the state.

On Monday, 30 million criminal records in Pennsylvania were permanently sealed, thanks to the state’s Clean Slate Law, passed one year ago. These low-level offenders who have done clean time can now feel free to get their lives back on track. The list of people who made this possible is too lengthy, so just hop on Twitter since every elected official in the Commonwealth tweeted about it on Monday.

Auditor General Eugene DePasquale made it official this week, announcing he will run for Congress next year. DePasquale detractors responded by criticizing him for, essentially, doing his job too well. Or running for higher office. Or something.

Harrisburg School District has a new state-appointed receiver, who spent exactly 20 seconds on the job before sacking everyone in sight. It is gonna be a fun few months for those formerly in charge of Harrisburg’s schools, trust us. Editor’s note: “sacking” is the preferred English word for “firing.” So why did we use it? Because FREEDOM, BABY!

Our Shameless Client Plug this week goes out to our friends at Energy Transfer Partners, who just ponied up $300,000 to the Township of Aston for an all-inclusive, handicap-accessible playground. Great job!

Our We Can’t Make This Up segment this week takes us to Wisconsin, where a man was given jail time for repeatedly clogging women’s room toilets with weird objects.

In related WCMTU news, Charmin has now unveiled the Forever Roll of toilet paper, which can last a single person up to two months and is roughly the size of a Volkswagen.

That’s what passes for news around here as we put the 2019-2020 state budget in the rearview mirror and head off to the grill! From all your friends at Triad, have a safe and joyous July 4th weekend!