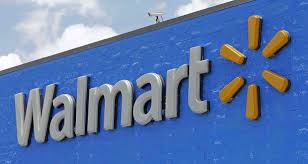 In the aftermath of the mass shootings in El Paso and Dayton last week, much of the national chatter this week focused on what should be done – or not done – to address gun violence. Universal background checks and “red flag” legislation that would take guns out of the hands of those deemed to be a risk to themselves or others seemed to gain the most traction. Whether the traction continues or dwindles as it has in the past remains to be seen.

On Wednesday, police attempting to serve a narcotics warrant touched off an eight-hour shootout in North Philly in which six officers were wounded and several others injured. Comments by Mayor Jim Kenney urging state and federal action on gun control spurred a rebuke by Trump adviser Kellyanne Conway, which we presume the mayor regards as a badge of honor. The gunman was taken into custody.

The Philly shootout prompted Gov. Tom Wolf to reschedule to today an event at which he signed an executive order that he says will strengthen gun violence reduction efforts in Pennsylvania and make communities safer.

Another roiling topic this week was the economy – U.S. and global – as the Dow suffered its largest decline of the year on bad news from the manufacturing sector and the bond market. Whether we’re looking at the probability of a recession or there’s nothing to worry about – yet – is a matter of who one talks to. An article by WaPo economics correspondent and former PennLive/Patriot News Deputy Editor Heather Long takes us pretty much down the middle.

President Trump stopped by for his 13th visit to PA as president to tout the creation of jobs at the Royal Dutch Shell Petrochemical Complex in Monaca. Or as the White House called it, “Monaco.” He spoke for an hour about a whole bunch of other stuff too.

The national average price of gasoline has fallen to the lowest level of the summer and is the lowest it has been since March. Some OPEC members have discussed cutting production, but analysts said such a move would likely slow the price decreases rather than stop them altogether.

This whole marijuana thing just keeps having more public policy twists and turns. A Lehigh County judge ruled that police who smell marijuana in a vehicle may not search said vehicle if an occupant happens to be carrying a medical marijuana card.

Governor Wolf asked Immigration and Customs Enforcement to get to the bottom of why at least four Pennsylvania children were recently separated from their parents. He demanded that the agency halt the practice until it has a plan to ensure the welfare of children.

The 3rd U.S. Circuit Court of Appeals upheld a lower court ruling that said the PA Turnpike Commission did not violate the right of truckers and others to travel between states. The court said that Congress authorized using toll revenue for things other than Turnpike uses, so it therefore does not violate the U.S. Constitution.

In Shippingport, First Energy Solutions announced that it will shutter the last of three mighty Bruce Mansfield coal-fired power generation units in November, some 19 months sooner than originally planned. “A lack of economic viability” was cited as the reason for the closing.

We cannot let the week pass without acknowledging Ag Progress Days, an annual event showcasing all things agricultural, from invasive species, to water quality, to no-till cover crops, to… well, you get the idea. The point is that ag is pretty darn important here in the Keystone State.

The Erie School District may be heading toward a state takeover after its board voted to defy two directives by the state-appointed financial administrator. The district might want to consider, um, going to school on what happened to the Harrisburg School District in recent weeks after it defied state directives.

This week’s We Can’t Make This Up section is actually more of a We Don’t Need to Make This Up section, featuring the ever-popular combination of Florida Man, Walmart and a vehicle. Michael Dale Hudson was arrested and charged with multiple offenses after careening through a Walmart in a golf cart and striking numerous shoppers before crashing into a cash register. Dude, if you want to play through, just ask.

And that’s what passes for news around here this week, boys and girls! Who would have thought we’d have all this in the Dog Days of August? Can September arrive too soon? Have a terrific weekend and check back in with us next week.