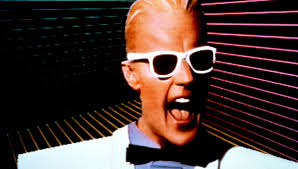 We open today’s lovingly-crafted screed by wishing a very happy birthday to the First Lady of Pennsylvania, Frances Wolf!

President Trump had quite a busy year this past week, which opened with him blowing off a meeting with the queen of Denmark because she is apparently not interested in selling Greenland to the United States. Having once been to Montana, we were unaware that we needed more empty space.

Trump then dramatically escalated our trade war with China, which caused a tariff-ic response by the Chinese, which in turn sent the Dow into the crapper. Again. This caused a Tweetstorm of epic proportions by the POTUS, who ordered U.S. companies to stop doing business with China. Trade wars, it turns out, can be quite messy.

The president wrapped up the week by taking a flame-thrower to Fed Chairman Jerome Powell because the Fed signaled it will not be lowering interest rates. Powell’s job status is about as stable as weapons-grade uranium right now.

In other presidential news, former President Obama is buying a $15 million house on Martha’s Vineyard. That guy just keeps living his best life, doesn’t he?

Bernie Sanders this week continued being Bernie Sanders by unveiling a climate-change plan with a price tag of $16 trillion, which is roughly enough money to buy Greenland 320 times. Bernie continues to be the personification of “go unfathomably big or go home.”

A new report was released this week claiming that Pennsylvania has better roads than either New York or New Jersey, which is kinda like being damned by faint praise. Don’t expect that lofty ranking to be in place for long unless we figure out a transportation funding solution sometime soon.

Attorney General Josh Shapiro is joining forces with the other 49 state attorneys general to defeat the robocall scourge once and for all. This is awesome news, as we are growing tired of being offered extended vehicle warranty coverage on a car we haven’t owned since 2010.

A group of environmentalists came to Harrisburg’s beautiful City Island yesterday to announce that sewage overflows have caused the level of fecal matter in our waterways to skyrocket to 10 times the normal limit. Which got us wondering whether the band Live, which hails from York, wrote the song “Shit Town” about any place in particular.

Governor Wolf this week announced some loot to clean up groundwater contamination caused by chemicals used in fire retardants. The so-called PFAS contamination has made headlines in Bucks County for quite some time, and not just because nobody knows what PFAS stands for.

The Pennsylvania Commission on Sentencing has been working on sentencing guideline reform for the past decade with very little progress being made, we found out this week. To put that in context, everyone who was sentenced to a 5-10 stretch since this project began is now out of prison.

The Philly soda tax was in the news this week, as the city has collected a whopping $191 million since the tax was implemented 2½ years ago. But please tell us again how it has had “no impact” on customers or grocery stores. Trust us when we tell you: if you yank $200 million out of the Philly economy, it is gonna leave a mark.

Lack of broadband and high-speed internet service in rural Pennsylvania is hurting small business development, we heard this week (for the millionth time). This time agriculture is in the barrel, because in case you haven’t heard, farming is a fairly technologically advanced business these days.

Pittsburgh city leaders are getting ready to unveil the long-awaited 2020 Bike Plan for city streets and sidewalks and highways and byways. This will inevitably lead to another annoying Twitter tirade by Stan from Blawnox about how we “don’t need any of them damn bikes n’at on our doggone streets!”

There is a court battle brewing that will decide whether so-called safe injection sites are legal in Philadelphia. It is sad that, as a society, our addiction problem is so acute that we even have to have this discussion, but… here we are.

In our We Can’t Make This Up segment this week, we take you to Virginia, where a mysterious man with a TV on his head is depositing vintage TVs on people’s porches for no earthly reason. We are sure there is a Max Headroom joke here somewhere, but we don’t wanna admit to being old enough to remember Max Headroom.

That what passes for news around here as the Dog Days of August click down to the return of the General Assembly. From all your friends at Triad, have a great weekend!