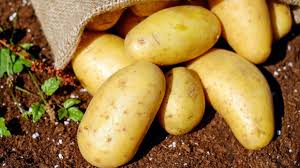 The horde of Democrats running for president got together in Detroit this week to slap the living hell out of each other for two days. Only the Democrats could conceive of a plan that allows 16 people who will never be president to stand on stage and excoriate the four who actually might be.

In the runup to the 2020 census, it looks like Pennsylvania’s population growth (or lack thereof) will cost us yet another congressional seat. If this trend continues, we are gonna be a much more expansive New Hampshire before long.

U.S. Sen. Pat Toomey this week took some very direct shots at corn-based ethanol subsidies and fuel mandates, which he says (probably correctly) are outdated and cost motorists extra money needlessly.  Iowa, it should be noted, would like to have a word with Mr. Toomey.

Gov. Tom Wolf and four other governors this week pushed all presidential candidates to declare their open support for more money to aid in the restoration and protection of the Great Lakes. This move, in our humble opinion, was genius. If you look at those states (which include good old Pennsylvania, Ohio and Michigan) and then look at the must-win Electoral College states… well, you get the picture.

President Trump this week announced a plan to crack down on eligibility for SNAP benefits (the food stamps of yore), which could negatively affect 200,000 Pennsylvanians. The move did not sit well with Governor Wolf. Farmers, it should be noted, would like to have a word with President Trump.

Amazon this week announced that its emerging love affair with the Pittsburgh area is taking another step by building a million square foot fulfillment warehouse that will employ 800 people. It has been rumored that Heinz will not renew its deal for naming rights at the field where the Steelers currently play, so hey, welcome to Amazon Field, right?

The state has authorized new speed control cameras on Interstate 78. If you’ve ever driven on that road (and who amongst us has not?) this is probably a pretty solid idea. People seem to treat that road like it’s Pocono Raceway.

We pause for the following public service announcement: A “good Samaritan” is defined as a compassionate person who unselfishly helps others, especially strangers. Few personify the term as well as Ross Willard, president and “chief mechanical officer” of Recycle Bicycle Harrisburg, a nonprofit whose mission is to provide all residents of the greater Harrisburg area – especially those of limited means – with access to safe, reliable, affordable, and environmentally friendly transportation in the form of bicycles. The building in which Ross operates has been sold, and he must move within the next 60 days. He’s looking for ample space, in Harrisburg, accessible to bicyclists and pedestrians, and with reasonable rent (you know, free?). PennLive published a feature story about it this week, and here is the organization’s website.

Despite its puzzling insistence on keeping that creepy Gus as a mascot, the Pennsylvania Lottery is on quite the roll, we found out this week. Sales were up 7% last year, with profits coming in at a cool $1.14 billion. Imagine what could happen if Gus “retired.”

Pennsylvania voters will have a chance this fall to vote on a constitutional amendment that will establish a so-called victim’s bill of rights, also known as Marsy’s Law. Getting this baby on the ballot was one of the best examples of how Pennsylvania is not crippled by the same partisanship that Washington currently is. Good things actually get done around here.

We hesitate to even mention it, but there has been yet another property tax elimination bill introduced in the General Assembly. This one would backfill the $14 billion in school funding with a local income tax, a higher state sales tax and – TA DA – a new tax on retirement income! For those who may have just moved into Pennsylvania, we will say this once so that you understand it up front: PROPERTY TAXES WILL NEVER BE ELIMINATED IN PENNSYLVANIA. FULL STOP.

Pennsylvania apparently manufactures a metric crap-ton of potato chips each day. This week we watched in amazement as people got into vicious online arguments, the likes of which we haven’t ever seen, over the ranking of the best chips in Pennsylvania. Wars have started over less.

This dovetails nicely with our We Can’t Make This Up segment this week, which takes us back out to western Pennsylvania, where a woman urinated all over the potatoes in the produce aisle at Wal Mart.  Those places do have bathrooms, as we understand it. And security cameras, as she apparently did not understand.

And that’s what passes for news around here as the dog days of August set it in beautiful central Pennsylvania. If you listen closely, you can actually hear yourself sweat! Tune in next week where we will once again regale you with tales of yore. Until then, from all your friends at team Triad, have a great weekend!