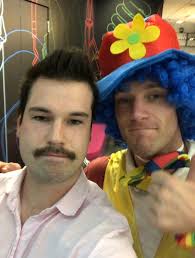 There was hardly any news out of Washington this week, so we’ll just go directly to Harrisburg…

On the one hand, the fall legislative session began on a rather collaborative note this week, as Gov. Tom Wolf explained that the executive orders he puttered with over the summer regarding voting machines, charter schools and gun violence were merely “conversation openers,” and that he’s hopeful he can work with lawmakers to advance his second-term agenda “in a legislative way.”

On the other hand, it appears that June’s Senate brouhaha during a debate over a bill to eliminate a program that provided cash to the state’s poorest residents continues to rankle a number of senators. Apparently, chillin’ at the beach during summer recess only does so much. We’ll see how things unfold in the coming weeks.

But there was considerable bipartisanship in the air this week. By a 46-3 vote, the Senate approved and sent to the governor a bill that expands federal immigration status checks to construction workers through a system known as E-Verify, thereby making it harder for employers to hire undocumented workers. It had passed the House by a 170-to-28 tally in June.

A measure that makes registration on the state’s Do Not Call list permanent hightailed it to Governor Wolf’s desk this week following a unanimous vote in both houses. It also prohibits telemarketing calls on legal holidays, allows businesses to register for the list, and requires robocalls to provide an “opt out” option at the beginning of the call.

Another good idea is halfway to enactment following a unanimous Senate vote – a requirement that public schools allow students to apply personal finance class credits toward high school graduation. Next up is consideration in the House.

Advocates for reforming Pennsylvania’s probation system stopped by the Capitol this week, asserting that too many people are being sent back to jail for technical violations and minor infractions. The General Assembly will be looking at bills to cap probation terms at five years for felonies and two for misdemeanors. The measures have bipartisan support.

The Senate, by a 43-6 vote, approved a bill that would raise the minimum age to buy tobacco or vaping products to 21. The measure now goes to the House.

We’re not sure how much street cred LendingTree has when it comes to roads and bridges, but the loanmeister plunked down a study this week asserting that PA has the fifth-worst transportation infrastructure in the country. Regardless of whether the ranking is accurate, it’s clear that diverting $700 million per year in highway funds to subsidize State Police operations doesn’t leave enough to get ahead of bridge and highway needs.

This week’s horribly scary icky health threat comes by way of mosquito bites and has been confirmed in Carbon, Erie and Monroe counties. Eastern equine encephalitis, or Triple E, kills three of every 10 people who get it and leaves most survivors with brain damage, according to state officials. Pass us the DEET, please.

Pennsylvania once again capitalized on its prowess in autonomous vehicle technology as the partnership of Carnegie Mellon and Penn State universities, along with PennDOT and the Turnpike Commission, received an $8.4 million federal grant to figure out how driverless vehicles can better navigate through work zones.

Just a week after absentee ballots became available online, more than 4,300 Pennsylvanians have already taken advantage of the program. Previously, voters could only apply on paper for an absentee ballot and wait to receive it via snail mail.

The Senate State Government Committee advanced a measure that would turn the lieutenant governor’s residence over to the Department of Military and Veteran Affairs. Although there are no specific plans for the Fort Indiantown Gap property, Senate President Pro Tem Joe Scarnati, sponsor of the legislation, said it would “be used to maximize the beneficial use of supporting our Pennsylvania veterans and active military.” Lt. Gov John Fetterman has chosen to live elsewhere.

Governor Wolf and Lieutenant Governor Fetterman announced they both support legalizing recreational marijuana as they released a report on Fetterman’s “listening tour” regarding the issue. The report said 82 percent of those weighing in supported legalization, although both Wolf and Fetterman acknowledge that lawmakers my be slow to approve such a measure.

Our We Can’t Make This Up segment whisks us halfway ‘round the world, to New Zealand, where an ad agency employee who suspected he was about to be terminated hired an emotional support clown to accompany him to the HR office. The clown created balloon animals and mimed a good cry as the soon-to-be-ex-employee was handed his termination papers. That’s probably more emotional support than he would have received from Bozo, Krusty or even Ronald McDonald.

And that’s what passes for news around here this week! From all your pals here at Triad, have a terrific weekend, and we’ll see you back here at the same time next week!