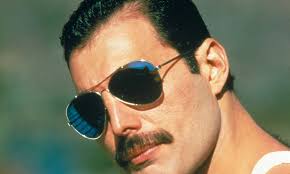 Hurricane Dorian continues to batter the East Coast as it takes what feels like a month-long journey to Greenland (which the United States may or may not own by the time it gets there.) If you are so inclined to help your fellow humans (and we are), may we suggest logging on to Project Hope and making a small donation?

Meanwhile, if you are looking for some must-see TV, turn off Netflix and tune in to coverage of the British Parliament. Gary Busey lookalike Boris Johnson and his Brexiteers are making Congress look like a well-oiled machine.

The Trump trade war with China is starting to hit Pennsylvania farmers right square in the soybeans, we found out this week. War. What is it good for? Absolutely nothing (say it again!)

This is the perfect opportunity to remind our dear readers that our own U.S. Sen. Pat Toomey is not a fan of trade wars or tariffs. And by “not a fan” we mean “hates them with the fire of a thousand suns.”

Two weeks ago, we told you that Governor Wolf was very serious about reforming the charter school system in Pennsylvania. In case you doubted our word, he reiterated that stance this week by imposing a new fee on charters that would be used to resolve payments disputes between charters and school districts. This particular war will most definitely end up in the hallowed halls of the General Assembly, on that you can bet.

Erie was in the news quite a bit this week, as County Council publicly called on the state to say yes or no to its long-sought community college plan, which has been in the works since 2017. A shiny new community college will go a long way toward helping workforce development in the great northwest.

Meanwhile, national political pundits have listed Erie County as one of the top 10 counties that will decide next year’s presidential election. You hear that, Erie? Prepare to be positively crushed under 6 million TV ads next year! Maybe take some time away from the television and go to Waldameer or something.

A group of lawmakers from southeastern Pennsylvania have launched an effort to require Pennsylvania to derive 30% of its power from solar by 2030, which seems like an entirely more reasonable approach than a $20 trillion climate change plan that will eliminate fossil fuels by next Wednesday.

Pittsburgh is also looking to shine up its energy efficiency street cred by requiring that all city owned buildings (current and future) be net zero carbon users in the very near future. The Steel City has come a long way since once being described as “hell with the lid off.”

The Wolf administration continues to tour the state touting the benefits of the governor’s RestorePA plan, which would drop a metric crap-ton of new money into repairing the state’s infrastructure. The timing of the latest push coincides with Hurricane Season, which in Pennsylvania often is called “my basement is flooded again” season.

The Pennsylvania Turnpike is preparing to roll out a new app that will let you pay your tolls from your phone. Considering you can now buy pretty much everything under the sun from your phone, this seems like a logical next step for America’s Favorite Toll Road.

Lawmakers continue to tour the state to ascertain the current state of affairs when it comes to access to high-speed internet in rural areas. This just in: it still sucks. Moving right along…

In addition to having Hersheypark, Chocolate World, the Giant Center and myriad other amazing attractions, Hershey also has, at least for this week, Bug-o-Rama, where you can go to see hissing cockroaches, scorpions and all manner of insect. For some ungodly reason.

There are people in this country who have gone to 30, 40 and even 50 Trump rallies since he took office.  The Wall Street Journal has a fascinating look at what is the political equivalent of the Deadheads, crisscrossing the country, but probably with fewer psychedelic drugs in tow.

In our We Can’t Make This Up segment this week, we take you back to the U.K., where a man found himself staring at a likeness of deceased Queen front man Freddie Mercury in a pork chop that he was frying. Not content to just preserve this modern-day miracle for all of mankind’s enjoyment, the man ate it instead. Rest assured if it were Paul McCartney on that piece of pork, it would be in a museum by now!

That’s what passes for news around here on this gorgeous Friday in September! From all of us here at Triad, have a great weekend, even if you drafted Antonio Brown in your fantasy football league!