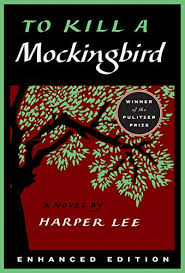 The nation paused Wednesday to remember the more than 3,000 Americans who lost their lives on 9/11, the deadliest attack ever on American soil. Vice President Mike Pence came to Shanksville to visit the Flight 93 memorial, where the words “Let’s Roll!” still ring today. Remarkably, this year’s high school graduating class will be the first one whose students were not yet born when the terror attack happened.  #NeverForget.

Before we roll on any further, we would like to point out that a full moon will rise tonight. Today is also Friday the 13th. What’s the worst that could possibly happen, right? Moving right along…

Ten Democrats took to the stage Thursday night in the 58th presidential debate of 2019, or as we now call it “another night where everyone beats the snot out of Joe Biden.” Preceding the festivities, former Pennsylvania Gov. Ed Rendell took a whack at Elizabeth Warren in the pages of the Washington Post, calling her a hypocrite for her Road-to-Damascus-like conversion on campaign contributions. The man still knows how to grab some headlines!

Coming on the heels of a potential multi-billion-dollar nationwide settlement over the marketing of Oxycontin, Purdue Pharma may have thought it was out of the woods. Not… quite… yet. Attorney General Josh Shapiro announced yesterday that he is suing Purdue’s owners, the Sackler family, on behalf of the Commonwealth. Quite a large domino you knocked over, Mr. AG.

The Commonwealth Court has ruled that a lawsuit filed by gun owners over some new Harrisburg gun ordinances can proceed. While gun-control advocates spend a whole lot of time worrying about what is (or in most cases, isn’t) happening on the federal and state levels, the real battleground seems to be local governments and the courts. Lots of elected officials love local control until the locals actually try and control something.

On that note, Pittsburgh Mayor Bill Peduto spent some time in Washington this week banging his head against the pavement, trying to convince the Senate GOP leadership to act on gun control measures.

The continuing uncertainty over trade with China is starting to smack the Pennsylvania manufacturing industry around, as that sector has shed more than 8,000 jobs since January. If ever there was a giant red flag in the windshield for Team Trump 2020, this would be it.

Lawmakers are rallying for the passage of a bill that would extend the same health and safety regulation currently enjoyed in the private sector to Pennsylvania’s public sector workers. You might ask why those workers don’t currently have those protections, to which we would answer, “We haven’t the foggiest idea.”

Speaking of state employees, if you are one of them and you were expecting an early retirement buyout offer in the near future, you may wanna rethink those plans. Ain’t happenin’, Captain. Prepare to go to work Monday.

If you really wanna watch some legislative fireworks, attend the next public hearing on the legalization of Sunday hunting. Man, the people on either side of that issue are quite entrenched! At this point, we predict that the General Assembly will legalize marijuana long before Sunday hunting.

Speaking of marijuana, despite the fact that the medical version of it is quite legal in Pennsylvania, one county judge has decreed that parolees cannot partake of it. This seems, well, weird. If you are on parole, you can’t take medicine? Does this prohibition also apply to opioids and painkillers?

The Commonwealth Court this week ruled that one state lawmaker’s lawsuit again the Mariner East pipeline construction cannot proceed because said lawmaker has no standing to bring the suit. The court’s written decision was not what one would call ambiguous, to be kind.

One does not usually equate Emlenton, Pennsylvania, with Las Vegas, but hey! Here we are! A truck stop in Emlenton is the first in the Commonwealth to have legal video gaming terminals to help weary travels kill some time and maybe win some loot. And, of course, grab a good meatloaf sandwich while they are there.

Our Shameless Client Plug this week goes out to Lyft, who is rolling out a program that will help residents of low-income housing areas to get low-cost rides to the grocery store. The program begins in Philly but will expand into other areas soon.

That’s what passes for news around here as we feverishly (and we are not kidding) prepare for the return of the General Assembly next week! If you need us, we will likely be here all weekend, so stop by and maybe bring some lunch? From all your friends at Triad, have a great weekend!